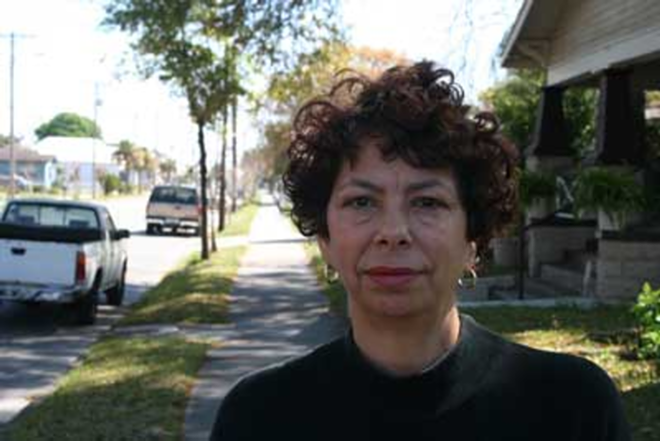 The mural is well-known to everyone in West Tampa, even if it is mostly obscured by trees that have grown up in front of it at Main Street and Howard Avenue. It reads, "It's Time For West Tampa."

Residents recall, with more than a touch of irony, that it was painted in the 1980s. The hopes and dreams for a turnaround in West Tampa have languished that long.

West Tampa, however, may finally be getting its moment. Other historic neighborhoods — Hyde Park, Seminole Heights, St. Pete's Roser Park — have drawn the attention of investors, developers and preservationists for decades, but only recently has West Tampa found itself under a truly promising spotlight.

That's a mixed blessing for this "city" of nearly 27,000 Cuban descendants, African-Americans, Mexicans, Anglos, Columbians, Guatemalans and others spread along both sides of Interstate 275 from downtown Tampa to Westshore.

On the one hand, the lack of investor pressure to redevelop this proud and culturally important area has meant that residents were able to stay put — instead of seeing their properties snapped up to make room for suburban-style $800,000 manses. But those who did remain saw West Tampa decline into high crime rates, stifling poverty, unemployment and urban decay.

The most recent attempt to prove the mural right can be found on Albany Street a few blocks north of the interstate, one of the extra-wide residential streets that criss-cross West Tampa. Construction workers are putting the last touches on three new homes that could change the neighborhood forever. A carpenter nails a vinyl soffit into a porch ceiling that looks just like the wood slats found in homes 100 years older.

The three homes sit on lots no wider than 33 feet. One bungalow is just 18 feet wide, in the traditional "shotgun" configuration — meaning that a load of buckshot fired through the front door could fly out the back door unimpeded. It is an architecture that is familiar to Tampa, both in this neighborhood and in Ybor City, among others.

Familiar, that is, at the turn of the 19th century.

The three are the models for InTown Homes, opening to the public on Friday. They are the brainchild of former Hillsborough County Commissioner, unsuccessful Olympics bidder, failed Civitas partner and all-around dreamer Ed Turanchik.

He has plans to build more than 75 new homes — historically accurate and affordable — in West Tampa. It is more than a development project, he concedes:

"It is part social engineering."

Nowhere else in Tampa Bay, and perhaps in Florida, is there a better chance to create a modern urban neighborhood than here in West Tampa. To create a highly dense, affordable, working-class, transit-ready city within a city. To create a model for how this state can turn its growth inward to its urban cores rather than sprawling across virgin scrub-palmetto fields and former citrus groves.

"It's basically city building," said Jason Busto, a fifth-generation Tampeño who is chief operating officer of his family-owned West Tampa plumbing company. "We're building a city in a place that used to be a city. It was one of the most urban cities in the South, and West Tampa will shine again."

Busto envisions a truly urban neighborhood, with 3- to 4-story buildings lining Howard and Armenia avenues north of Kennedy, storefronts down below and apartments above. He points to a photo he took in Barcelona as a model for what West Tampa could become.

Some in West Tampa share such a vision, while that kind of urban transformation scares others who have lived in the neighborhood for decades.

"We do not want to see another Hyde Park," said Ruth McNair, who is president of the civic association in West Riverfront, a middle-class African-American neighborhood between the Hillsborough River and Rome Avenue south of the interstate. "That is in big capital letters."

McNair is especially critical of a plan by developer Ken Morin to build a 9-acre $100 million complex of apartments, condos, offices and retail shops at Cass Street and Rome Avenue in an aging industrial section of West Tampa. The project is just the kind of thing that Busto wants, designed with a cigar-factory feel to its architecture, supplying new housing for nearby University of Tampa students and professionals who want to live five minutes from downtown, replacing rundown and vacant industrial buildings. It has the support of county planners as well, who point to their goal of an urban village in that area.

But for McNair, the project is deficient because (unlike Turanchik's project) it doesn't set aside homes that would be affordable to lower-income buyers. And it could bring more pressure to rebuild her neighborhood, where homeowners already get an offer or two a week for their houses from real estate agents and investors. According to the West Tampa Community Development Corp., property values are rising faster than at any time in the past 50 years.