Dailey’s supporters, including attorneys with the Innocence Project of Florida, have argued that Pearcy has confessed to the murder and cleared Dailey. 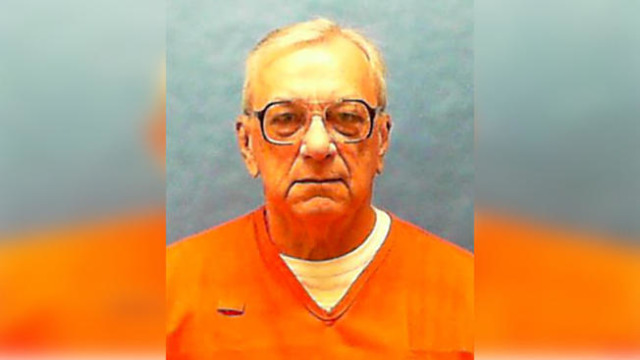 In a case that has drawn national attention, a federal appeals court Thursday rejected arguments that a Death Row inmate should be given another chance to show he is innocent in the 1985 murder of a 14-year-old girl in Pinellas County.

A three-judge panel of the 11th U.S. Circuit Court of Appeals disputed inmate James Dailey’s contention that newly discovered evidence would clear him in the murder of Shelly Boggio, whose nude body was found with multiple stab wounds floating in water near Indian Rocks Beach.

Gov. Ron DeSantis in September signed a death warrant for Dailey, but a federal judge later issued a stay to give newly appointed attorneys more time to review and make filings in the case. The stay expired last month, though DeSantis has not rescheduled the execution.

The New York Times magazine in December ran a lengthy story delving into the case and the role of a jailhouse snitch, Paul Skalnik, in convicting Dailey, who contends another man, Jack Pearcy, was responsible for the murder.

But the federal appeals court said Dailey also argued in 2007 that he was entitled to a new trial because newly discovered evidence showed Pearcy had killed Boggio, a claim that was dismissed. The appeals court rejected Dailey’s arguments Thursday, in part, because it said he did not meet a requirement for making a new claim.

“At bottom, Dailey is asserting the same thing he asserted in 2007: that he is and always has been innocent of murdering Shelly Boggio, so the Constitution requires that the judgment against him be set aside,” said the 29-page ruling, written by Chief Judge Ed Carnes and joined by judges Charles Wilson and William Pryor.” Any new evidence he is submitting is merely supportive of that same claim; it is not the basis of a new one. As a result, Dailey has not made a prima facie showing that his claim survives (the legal) new claim requirement.”

The Atlanta-based court said Dailey also had not met a high standard of showing “actual innocence.”

“Dailey’s new evidence, at most, casts some degree of doubt on some of the testimony the state presented at trial. The credibility of one of the three jailhouse informants, Paul Skalnik, has been called into doubt. But we are not jurors deciding in the first instance whether the state has proved its case beyond a reasonable doubt. We are a court of appeals deciding more than 30 years after a murder whether the inmate who was convicted of it, and whose conviction has been upheld at every turn for three decades, has shown a reasonable likelihood of meeting the ‘extraordinarily high’ burden of making a ‘truly persuasive demonstration’ that he is actually innocent,” the ruling said, citing court precedents. “Dailey has not done that. He has not because even if we take Dailey’s new evidence into account, and even if we erase entirely Skalnik’s testimony, there remains substantial unrefuted evidence of Dailey’s guilt.”

Dailey, now 73, and Pearcy were convicted in the murder of Boggio, who had been hitchhiking before her death. Pearcy, now 64, was sentenced to life in prison, while Dailey was sentenced to death.

Dailey’s supporters, including attorneys with the Innocence Project of Florida, have argued that Pearcy has confessed to the murder and cleared Dailey. But the Florida Supreme Court in November also rejected an appeal by Dailey.