Florida has had 70 reported cases of vaping-related lung infections and one death. 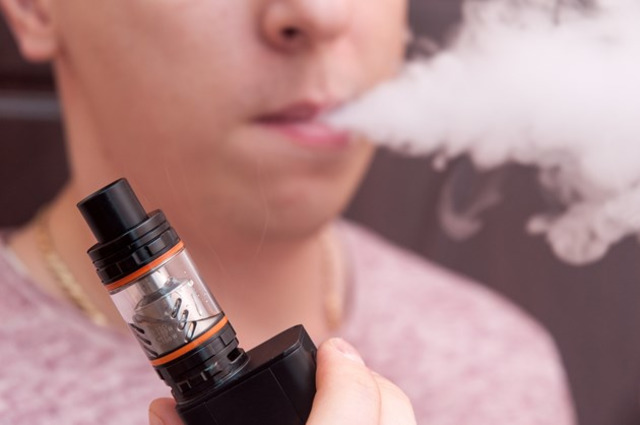 Amid an outbreak of vaping-related illnesses across the country, state Surgeon General Scott Rivkees on Wednesday said Floridians should not use “illicit THC products” and urged patients who vape legal medical marijuana to talk with their physicians.

“For individuals who are currently users of medical marijuana, we recommend that they have a conversation with their physician to determine what is the best means for them to be able to take this product,” Rivkees, who doubles as secretary of the Florida Department of Health,  told members of the House Health Quality Subcommittee.

The comments followed questioning by Rep. Carlos Guillermo Smith, an Orlando Democrat who pressed Rivkees about whether it’s safe to vape medical marijuana or whether patients should be concerned about the multistate outbreak of vaping-related illnesses.

“I’m trying to get to the heart of how customers, say in the legal medical cannabis registry in Florida, can feel confident about using some of these products,” Smith said.

Florida patients can take medical marijuana in a number of ways, including inhaling through vaping devices, smoking the drug or taking it orally, rectally or under the tongue.

A 2019 report on medical marijuana use showed that the oral route was the most popular, followed by inhalation. Compiled by two state medical boards, the report did not include information on smoking marijuana because that route did not become legal until early this year.

Florida has had 70 reported cases of vaping-related lung infections and one death. Nationwide there have been 1,479 cases and 33 deaths.

The federal Centers for Disease Control and Prevention has not identified a source for the outbreak. But the CDC has released information on 849 patients who provided details about the products they were vaping when they got sick.

The findings, according to the federal agency’s website, “suggest products containing THC, particularly those obtained off the street or from other informal sources (e.g. friends, family members, illicit dealers), are linked to most of the cases and play a major role in the outbreak.”

Rivkees told House members that “medical marijuana in Florida is very tightly regulated, with exquisite quality control. This is very distinct from these unregulated products that have been reported to be associated with lung disease.”

Smith sought clarification on Rivkees’ comments, asking, “Could a patient in the state infer from that comment that using legal vaping products that include THC in Florida is safe? I just want to fully understand what you are implying by that statement.”

Rivkees shied away from using the word “safe” and stressed the difference between illegal and legal products.

“First, the distinction between very tightly regulated quality control versus illicit products is paramount. Absolutely, individuals should not be using any illicit THC products. For individuals who are taking medical marijuana by inhalation form, by vape form, we recommend they have a conversation with their physician to determine what is the best way for them to be able to take these products,” Rivkees said.