A new album, ‘To the Ends of the Earth,’ drops on Friday. 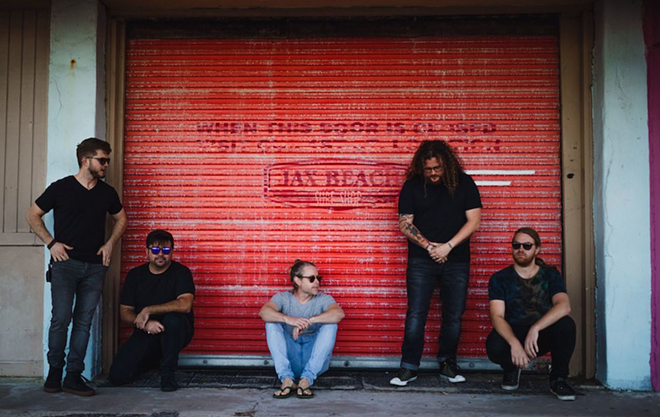 The Hip Abduction is a Tampa Bay area band that’s seen its habit of making joyous, catchy world-pop take it to stages all over the globe, and on Friday the St. Petersburg-based group is set to give the world its new album, To the Ends of the Earth.

Ahead of the release, The Hip Abduction is sharing the album’s seventh track, “Summer Love,” which lead singer and guitarist David New called a tribute to the band’s 2011 debut album.

“It's a feel good song that was written on a cold shitty day in January,” New told CL. “I kind of wanted to write a summer vibe song that paid tribute to our first album. It feels like it could’ve been written on the One Less Sound album and has a timeless quality to it that I love.”

The three-and-a-half minute track — driven by reggae rhythms, horns and a chorus about getting lost in the sweet heat of the summer — might actually make you want to book a trip to Mexico.

“[Working with Hoffman and Stuart] helped us come to terms with who we are as a band, defining our sound,” New added. “We weren’t trying to sound like anything but ourselves.”

The band kicks off a month-long tour of the Southern states and west coast on August 15 and plays its first Florida date in support of the new album when it hits the Miami Beach Pop Festival — alongside Jack Johnson, Chance the Rapper and more — in November.

Listen to “Summer Love” below, and call your local record store to see if it is carrying To the Ends of the Earth.