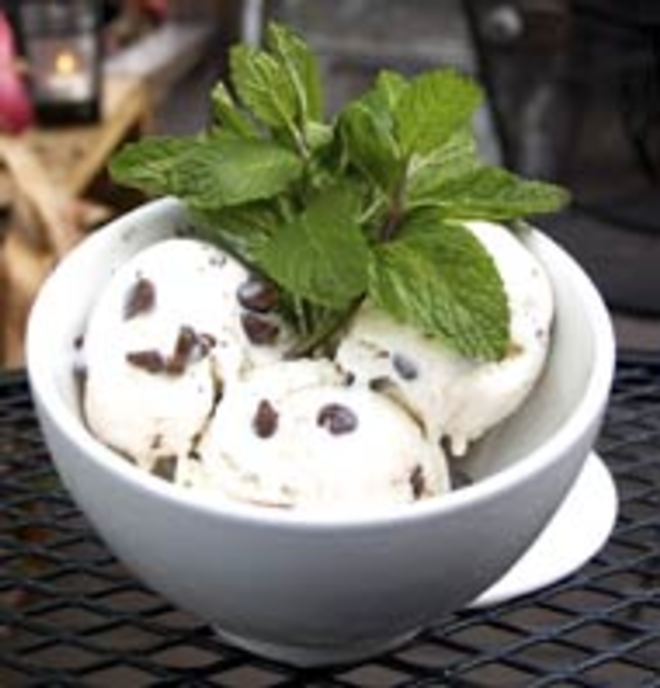 It's become de rigeur to knock British cuisine as bland and featureless. That's mostly based on low-end fare commonly found in village pubs - like criticizing American cuisine after eating at a few fast food joints. Truth is, centuries of British colonial aspirations have produced a varied culinary repertoire for British chefs to draw from. Just watch a few episodes of BBC's reality show Boiling Point to see how much passion a British chef can have for great food.

South Tampa's Mad Dogs and Englishmen seemed to have settled into the good pub/bad food stereotype. Last year, though, the restaurant brought aboard Erin van Zandt, a Culinary Institute of America grad who made a splash with unusual sushi construction at Water in South Tampa. Her mission: Raise Mad Dog fare above typical bar food. Sadly, stereotypes can be hard to escape. Sometimes they ring depressingly true.

This time of year, Mad Dogs' patio area is incredibly convivial. Conversations seem to span across several tables and the place has the vibe of a neighborhood party. I reserved an outdoor table for a recent visit to take advantage of our short-lived spring weather, but when I arrived the outside was filled. They seated us inside next to the kitchen. At least we were near the shrine to British character actor Robert Morley: a wall decorated with dozens of small posters from his roles in such classic plays and movies as Catholic School Girls. Mad Dogs co-owner, Wilton Morley, is the late actor's son; Wilton's nephew Hugo (Robert's grandson) is the bartender. Hugo is also the godson of playwright Noel Coward, whose most well-known song is the namesake of the pub. Very incestuous, but it does lend the place some Anglo cred.

Chef van Zandt's menu keeps the basics of pub fare intact - shepherd's pie, fish and chips, chicken curry - while expanding the international influence into regions untouched by British Colonialism. Southeast Asia figures prominently, with Japanese and Thai dishes sharing space with the more typical Indian derivatives. In the end, though, the cuisine of all nations fell short when served at Mad Dogs.

A bowl of ceviche ($8.50) was filled to the brim with squid rings and the occasional shrimp or fish chunk, all of it bathed in lime juice and cilantro. It would have been fine except for a massive dose of cumin that overpowered everything in the bowl, nullifying the delicate flavors of the seafood.

That over-seasoned dish was the exception. Most of the food was merely bland. A basil, tomato and mozzarella pizza ($9) was served on a big slab of otherwise unadorned Indian naan bread that tasted more stale than toasted. Stilton fondue ($2.50) was milky and wet with little of the majesty (or flavor) of England's greatest blue cheese. Grilled corn ($3) was cold and dried out, a meager scattering of chili powder and queso fresco adding little to the sad ear.

Fish and chips ($11) is a benchmark pub dish, easy to cook and easy to screw up. Mad Dogs' was a couple of golden brown planks of white fish that looked better than they tasted. The breading was soggy and flaccid and the fish was under-seasoned. Miso-crusted salmon ($17) was perched atop a heap of cabbage slaw. The salmon, although perfectly cooked, lacked even a hint of the smoky/salty miso flavor expected, and the slaw was overwhelmed with puckeringly tart warm vinegar that did nothing for the rich fish or the crisp cabbage.

Better, but not great, was the chicken curry ($14). The tender chicken covered in cardamom and coriander-scented coconut milk was mild and fragrant - more reminiscent of the English take-out standard than hardcore Indian fare. An accompanying pile of sautéed spinach was perfectly wilted, but another side of sautéed shredded carrot was a bird's nest of unpleasant chew.

Mad Dogs' food is not without its bright spots. Sweet potato fries ($3.50) had that beautiful crisp-crunch that can be elusive. The turkey- and currant-filled fried samosas ($8), blistered and deep brown, were good. The two sauces that came with them were better: a sweet raisin chutney and a spicy cilantro-laden chili sauce.

The best part of my meals here came at the end. Mad Dogs makes a few specialty ice creams ($4.50) that were excellent. One was filled with the chew of unsweetened coconut and the soggy crunch of toasted soy nuts. The salty/sweet/chewy combo was perfect. The cinnamon ice cream was tremendously fragrant, the main ingredient melding into the luscious, rich cream.

There is beer, thankfully. It's not the widest selection, with eight or so taps serving mostly typical British classics like Boddingtons and Guinness and almost no by-the-bottle offerings.

Mad Dogs is really a glorified neighborhood pub, albeit with a colorful tie to British theater. When it tries to be a nice restaurant, it falls a bit flat, and the more straightforward pub food seems to suffer as well. Next time I will stop by after dinner, down a few pints, and tease a story or two about Morley and Coward out of Hugo the bartender.