A new album is due a month before the gig at Crowbar in Ybor City. 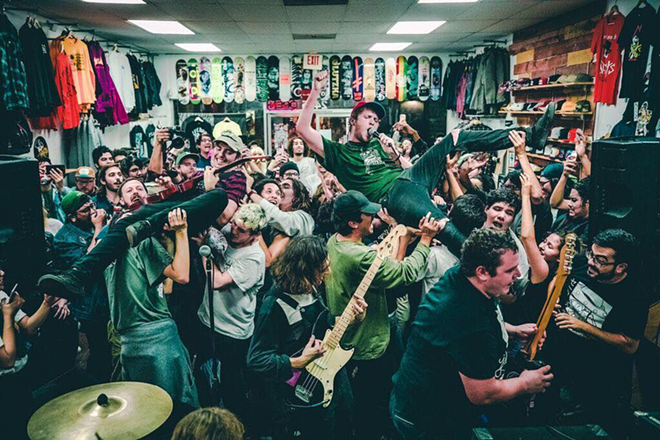 Today, the band announced that its nearly two-month tour in support of the album (due June 29) will hit Tampa for a July 29 show at Crowbar. The gig — where Retirement Party and The Obsessives play support — is one of three Sunshine State stops on a Florida tour that also hits Jacksonville (1904 on July 27) and Orlando (Soundbar on July 28).

“I remember watching The Wizard of Oz one time, and noticing some weird kind of parallels between the cyclical nature of my mental health and that movie,” frontman Kory Gregory said in a release. “My mental health rotates and jumps from one stage to the next, and then repeats itself.

“The record title is very ambitious and big and grand, but as the first and last song kind of display, the message of the story is almost like, ‘There’s no place like home,’ even though Cosmic Thrill Seekers is the direct opposite of that,” he added. “But it takes a journey to realize that, as it did for me, and as it did for Dorothy.”

Get more information on the show via foryourfriends.net. Watch a clip for “Lauren (Track 2)” below.