Five other newbies are set to join the region's legion of food spots. 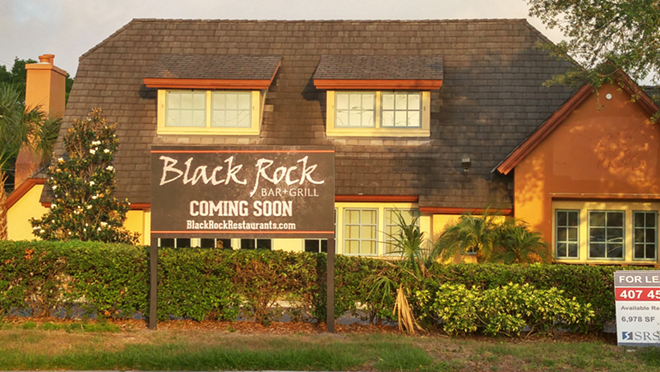 A Michigan-based restaurant brand has plans to heat up Tampa Bay with its Australian-style cooking method.

An hour and a half or so away, Windermere saw the opening of its Black Rock Bar & Grill May 6, and Bay area residents should keep their eyes on two locations — the Brandon Crossings shopping center and Carrollwood’s Main Street Plaza — where local branches proudly display “coming soon” signs. Black Rock, founded in a suburb northwest of Detroit six years ago, specializes in lava rock cooking, and its dining experience, sort of like a Stone Age revival, allows patrons to cook their Angus steaks and seafood tableside on 755-degree volcanic stone as desired.

The stone entrées come with two sides (there are nine, plus nine more you can upgrade to), complements such as grilled onions and horseradish, and add-ons — jumbo shrimp, sea scallops or Maine lobster tail. Meant both for special occasions and daily visits, the restaurant’s other menu options include gourmet burgers and dogs, starter favorites (think sautéed shrimp or pretzel and cheese fondue presented on sizzling granite), pasta, sandwiches and chicken dishes.

• Another mini-empire making its way to the region is Duffy’s Sports Grill. The popular Florida franchise, which started out with hot ham and cheese, a grilled mahi mahi sandwich, smoked sausage and a half-pound cheeseburger on its 1985 bill of fare, has restaurants all over the state’s east coast; the Tampa location, the 32nd for the sports-themed brand, has a grand opening at 1580 N. Dale Mabry Highway slated for this month.

Guests can expect a casual yet sophisticated atmosphere with tons of TVs and draft beer, as well as a mix of original and staple items on the food end, including flatbreads, sandwiches and burgers, grilled entrées, wings, and Tex-Mex delicacies.

• Tampa’s Panda Hut recently opened for business at 1441 E. Fletcher Ave., specializing in the bold Sichuan style of Chinese cuisine, which originated in southwestern China’s Sichuan province. Throughout its casual space, the Panda Hut namesake can be found in the form of plush stuffed animals and other decorations.