Five Things I Learned From Some Legends: Kings of the Mic Tour at Mahaffey Theater

By Infinite Skillz and Bridge Burke 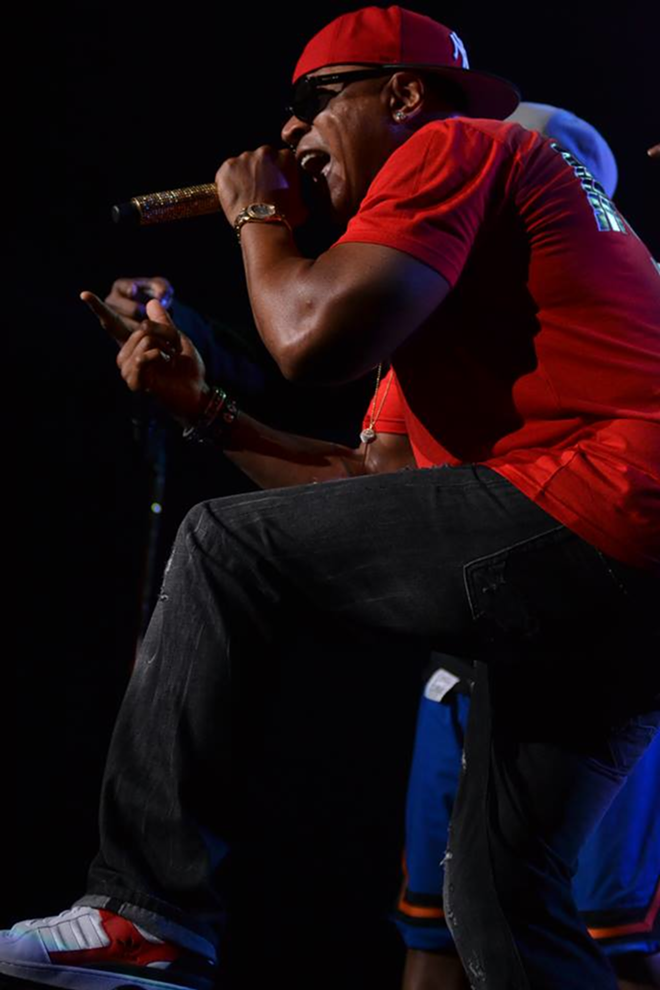 Last night’s King of the Mic Tour show at the Mahaffey Theater was fantastic from start to finish. As an aspiring hip hop artist myself, I looked at the show as a once in a lifetime opportunity to learn from some of the genre's most influential artists. The following are Five Things I Learned From Some Legends. [Text by Skillz, photos by Bridge]

1. Dope emcees have no expiration date.
With an average age of 46, De La Soul, Public Enemy, Ice Cube, and LL Cool J proved that hip hop artists can have staying power. The genre itself was originally written off as a fad and has long since slayed that misconception, but many artists have enjoyed careers shorter than a Kardashian marriage (yes, I went there). Hip hop has seemingly been on a perpetual youth movement, but after four decades, these kings can still stomp stages and the fans who'd been there from the very beginning showed up in full force.

2. Ladies really do love Cool James.
With good reason. I’m comfortable enough in my own masculinity to say that his chiseled granite physique and big dimpled smile are obvious aids to inducing what we'll call 'female moisture.' Add to that the fact that Mr. Smith’s tongue was out constantly throughout his set, and you can tell he knows what his best physical features are. The originator of the hip hop ballad topped off his onstage flirtations with roses for many a lady and a dance for one lucky girl where their bodies were separated by only a towel. Splish splash.

3. DJ Chuck Chillout is not a Lil Wayne fan.
I will not elaborate. You just had to be there. If you really want to know what this hip hop pioneer thinks of Lil Wayne’s “space music,” just follow him on Twitter (@djchuckchillout) and I’m sure he’ll tell you.

4. De La Soul is not just a rap group.
They are really good friends having fun on stage. Rap groups don’t stay together for 26 years because of the money. What were you doing in 1987? How many of the people you hung out with then are still in your inner circle? These guys are hitting up a few dozen different cities together every tour, not just keeping tabs via social media. Their chemistry was refreshing. Their formula withstands the test of time.

5. Flavor Flav has no vertebrae and Chuck D is a Jedi knight.
How else can you explain Flav’s constant flailing and Chuck D’s mic antics? When Chuck D wasn’t delivering his politically charged poetry, he was brandishing his mic like Obi-Wan as if he was slicing up decades of deracination. And while most hype men mainly serve as backup vocalists, Flav, the originator of the art form, throws (literally and figuratively) out some ridiculously infectious dance moves. They are and always have been the perfect counterweight to Chuck D’s heavy message. Anyone can do it for a little bit, but you try bouncing around like that for 45 minutes after you’ve turned 54 and see what happens.

All that said, kudos to Ice Cube for stealing the show. The ladies won’t agree (re-read item No. 2), but his mic control was the best I’ve seen live since Rakim, and he managed to do it without breaking a sweat. If I make through two songs without drenching my headband, I’m probably rapping in a meat cooler.