She's the first Vietnamese-American woman to be elected to Congress. 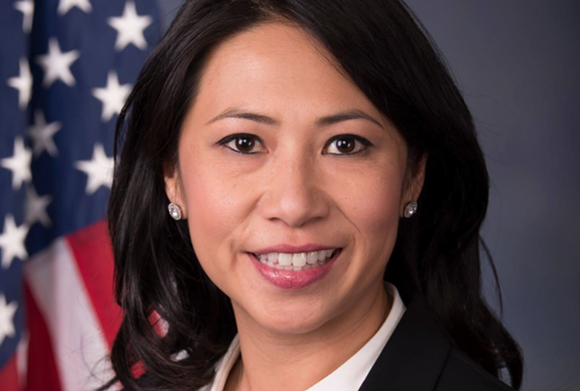 The Atlantic reports the Trump administration is reinterpreting a 2008 agreement between the U.S. and Vietnam that Vietnamese immigrants who arrived before the two formerly warring countries established diplomatic relations on July 12, 1995, would not be subject to deportation.

In 2017, the Trump administration argued this protection did not apply to Vietnamese immigrants convicted of criminal offenses and roughly 7,700 of them could be deported, according to the New York Times. Now, the administration is claiming the agreement doesn't apply to anyone who came before 1995 who has had a final deportation order issued for being undocumented.

"While the procedures associated with this specific agreement do not apply to Vietnamese citizens who arrived in the United States before July 12, 1995, it does not explicitly preclude the removal of pre-1995 cases," said a spokesperson for the U.S. embassy in Hanoi to The Atlantic.

"My family fled Communist Vietnam when I was a baby because they would have rather died in search of light than to have lived in darkness," the Winter Park Democrat said in a statement on Twitter. "Thanks to a program under President Carter, we resettled to the U.S., and I became a proud citizen of this great nation. … I'm deeply concerned by [the president's] attempts to renegotiate the 2008 MOU between Vietnam & the U.S., which would potentially deport Vietnamese refugees who arrived in the U.S. before 1995."

Murphy, the first Vietnamese-American woman to be elected to Congress, is herself a Vietnamese refugee and part of the Vietnamese diaspora that calls Orange County home. When she was an infant, her family escaped the Communist-controlled Vietnam by boat and were rescued at sea by the U.S. Navy.

Former U.S. ambassador to Vietnam Ted Osius, who was appointed by President Barack Obama, resigned after being asked by the Trump administration to "press the government in Hanoi to receive from the United States more than 8,000 people, most of whom had fled South Vietnam on boats and through the jungle in the years immediately following the war."

"The majority targeted for deportation — sometimes for minor infractions — were war refugees who had sided with the United States, whose loyalty was to the flag of a nation that no longer exists," Osius wrote in an essay. "And they were to be 'returned' decades later to a nation ruled by a communist regime with which they had never reconciled. I feared many would become human rights cases, and our government would be culpable."

Stay on top of Tampa Bay news and views. Sign up for Creative Loafing's weekly newsletter.