The education of David Jenkins

Jobsite Artistic Director and soon-to-be-Dr. Jenkins has matured alongside the theater he’s grown into a local institution. 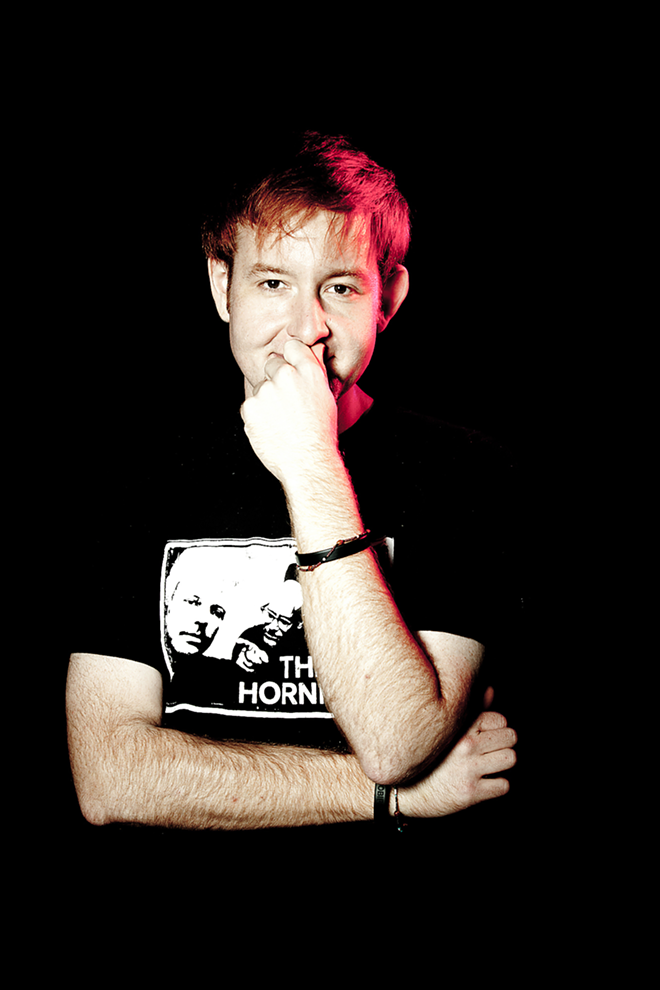 David Jenkins is changing. The producing artistic director of Jobsite Theater is now also a Ph.D. candidate at the University of South Florida, and his courses in Communications with an emphasis on Performance Studies have notably altered the very untheoretical firebrand I’ve known since 1998. The Jenkins I talked to recently is immersed in literary theorists like Mikhail Bakhtin and Kenneth Burke, and now looks to the theater for evidence of “ambivalence” and “resistance.” He’s fascinated by feminist and post-colonial theory, and he’s interested in the “dialogic relationship” between the actor and the audience. Sure, he still has the worries of artistic directors everywhere — the budget, most of all — but now deconstruction and post-modernism are on his mind too, along with other movements in cutting-edge literary and performance theory. How this will play out for Jobsite audiences is yet to be seen.

I met Jenkins just a few hours before a rehearsal for Jobsite’s Closetland, in which he plays a totalitarian state interrogator facing Katrina Stevenson as a writer of children’s fiction. He told me it’s been two-and-a-half years since he was on stage, and it’s “good, scary, you know, this is a show that’s sort of out of my comfort zone normally. I don’t tend to do as much drama anymore, but it’s exciting.” Getting on stage again hasn’t meant he can ignore his administrative obligations though. Fortunately, Jobsite’s financial position (with an annual budget of around $250,000) is stable at the moment. But Jenkins is working on a restructuring of the theater’s board of directors such that board members will have more responsibility in coming up with the theater’s operating expenses. And Jenkins is still looking forward to the time when theater artists at Jobsite will be paid what they deserve.

“We’re not necessarily able to pay people a living wage, but the artists we work with see the value in working with us, even if it’s not at the rate that they might be able to get if they took an Equity contract or worked with another company.” Meanwhile, he’s disappointed that Jobsite’s subscription audience of 250 hasn’t grown over the past year, but he suspects that’s more about the economy than it is about the company.

But enough about filthy lucre: what about this Ph.D. that Jenkins is aiming for? He said that from the outset in 2010, he’s been studying “ideas of text and authorship and authority of text.” He’ll soon have to write a dissertation, and expects the subject to relate to “notions of comedic performance forms as a site of resistance and social change.” Resistance to what? “To dominance, to hegemony, if you want to break out some Marxist stuff, to ideology, to systems of control, to norms.” He’s particularly interested in the figure of the stand-up comic, “and I think that if I’m able to theorize at this level with talking about a solo performer in front of a live audience that then this is something I can go and extend into talk about other comedic forms and what’s going on there.” Comedy, said Jenkins, can be both “regulatory” and “transgressive,” and this ambivalence is often responsible for its power. His example: a comedian who delivers shocking truths onstage, but who can get away with it because the audience is conscious “it’s only a joke.” And of course, Jenkins adds, it’s never only a joke.

So how have Jenkins’ studies affected him as an actor and director? As an actor, he said, “I feel a lot more open to the notion of dialogically engaging a text.” As a director, “I’ve become less of an authority on things … I’m much more interested in the dialogue with other artists and stepping back away from myself and being more reflexive about the process.” He hopes to teach at a Bay area university once he’s gotten his degree, but has no intention of giving up his Jobsite position: “Whenever I’m working academically, I’m constantly having practical thoughts. Whenever I’m working practically, I’m constantly having theoretical thoughts. So I shouldn’t have to choose, right? Richard Schechner said ‘I can like sushi and steak.’ Right? I can like both. I can do both. There’s no reason why I can’t do both.”

David Jenkins is changing. Where there was sushi, there’s now steak too. If he starts treating dramatic texts the way Derrida and bell hooks and other theorists have treated their subjects, something’s got to give. Jobsite’s got to change with him.

As to how: Well, that’s what’s traditionally known as “suspense.”