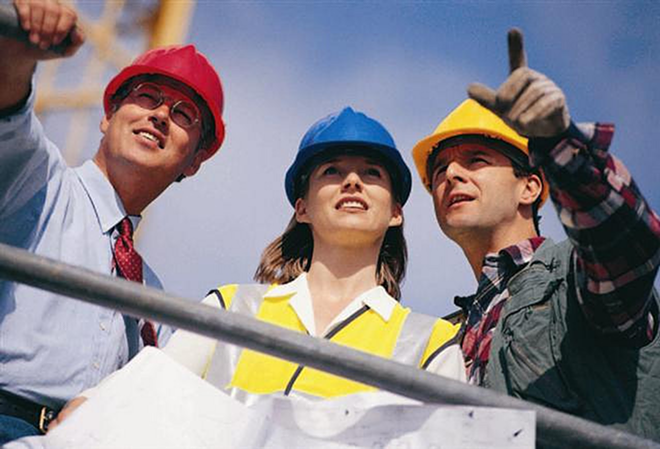 
Lately, places like St. Pete have been adopting policies that give priority to local contracting firms (or ones that hire local workers) when they take bids for construction projects.

A bill that would preempt such policies when a certain percentage of state money is slated for a given project has made its way to the Senate floor in Tallahassee, which means it has a pretty good shot at passing.

Cities and counties like the idea of hiring locally because, you know, it keeps more money in the local economy.

But if a municipality, county, college or or school is planning a project for which the state will be covering at least half the expenses, SB 778 would make it illegal to prioritize local contractors.

Lobbying group Associated Builders and Contractors of Florida digs the bill because prioritizing companies that hire locally apparently kills jobs or something.

"These anti-competitive measures increase the cost of construction, decrease the available talent pool, and do more long-term damage to local businesses than any short-term good," says a passage on the group's list of legislative priorities.

“This legislation gives everyone a fair shot to compete for public work when the majority of funding comes from the state," said Steve Cona III, president and CEO of ABC's Florida Gulf Coast chapter, said in an email. "A statewide contractor’s license doesn’t come with a disclaimer that you can only do work in certain areas – I don’t think public procurement should either.”

The Florida League of Cities is against the bill, and a spokesman for St. Pete Mayor Rick Kriseman said the mayor's office is similarly opposed to it.

Labor unions aren't big on it, either.

"It's basically another preemption," said Rich Templin, legislative and political director of Florida AFL-CIO. "How many preemptions have we had in the past few years?”

The bill is moving forward along party lines, with Democrats opposing it. Templin said it's hypocritical for GOP lawmakers to favor a bill that limits the autonomy of local government while they complain about the Obama administration doing the same thing to policymakers at the state level.

Even the 50 percent threshold is ridiculous, he said, given that it's all taxpayer dollars.

“They're acting like the money comes out of different pockets," he said. "It's the same money.”