If you received a call saying you owed the IRS money, Brenda Dozier may have been behind it. 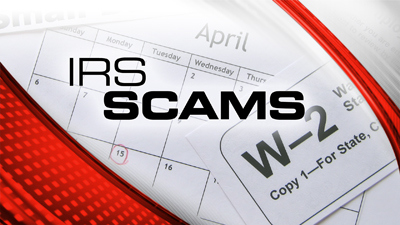 Mark Warner via Flickr/CC2.0
Tampa woman Brenda Dozier will face up to 20 years in prison for an IRS phone scam.

While some of us may actually owe the IRS money, the IRS' preferred means of collecting it is not a phone call demanding instant payment and threatening us with jail time. No, the IRS has a long game — lots of letters, then lots of certified letters and, at long last, action.

But most people may not realize that, which may have been why Tampa woman Brenda Dozier, 54, had so much success with the phone scam.

Yesterday, the Department of Justice announced that Dozier had pled guilty to conspiracy to commit money laundering. Dozier has also agreed to make restitution to her victims, to the tune of $225,000.

According to the DOJ, here's how the scheme worked:

"Dozier laundered money that had been extorted from U.S. residents by conspirators residing in the states and overseas. India-based conspirators extorted money by impersonating IRS officers and misleading multiple victims to believe that they owed money to the IRS and would be arrested and fined if they did not immediately pay their alleged back taxes. As part of the conspiracy, Dozier opened bank accounts, which she used to receive the fraud proceeds, typically via interstate wire transfers. Once Dozier had retrieved the proceeds, she provided the money to her co-conspirators. Dozier was paid for opening the accounts and conducting the transactions."

That charge could come with a 20-year prison sentence, where Dozier's phone time will be severely limited.

Don't miss a thing — subscribe to Creative Loafing's weekly Do This newsletter.