The weather always goes to crap when you plan a vacation. 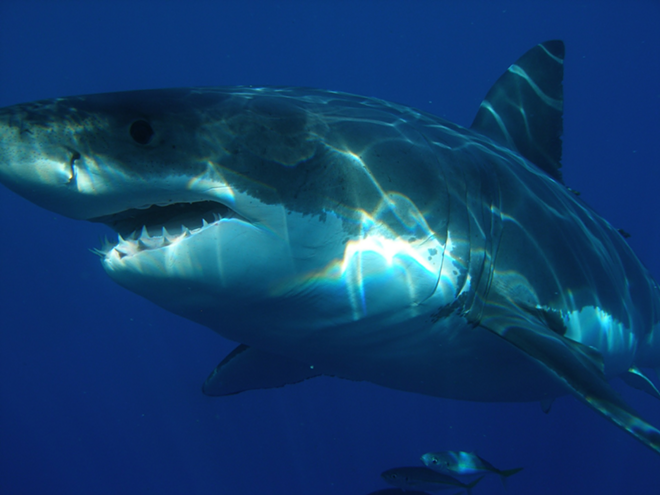 Hello! Happy Day After Free Bloomin' Onion Day. I coulda sworn I asked somebody to keep my seat warm for me while I was gone. My seat is not warm. Nothing is.

Despite the frigid temperatures heralding the new year and the tweets of a president who thinks a cold snap means climate change isn't real, 2017 was the warmest year on record for the Tampa Bay area — and four out of the last six years have made the top 5 warmest for the region recorded since 1890. So, yeah, the empirical evidence suggests it's gotten warmer around here. Either that, or maybe Steve has been rubbing the thermometer before Susan takes a reading every day for the past six years, and missed a few days during a couple of those years. Maybe that. Stop fucking with science, Steve.

Miss Costa, a 12-foot-plus great white shark tagged some time ago by poorly named oceanic research entity Ocearch, was hanging out in the Gulf of Mexico off Pinellas County on New Year's Day. If Miss Costa could devour about half a million lionfish while hanging around waiting for the water to warm up, we'd really appreciate it.

Community leaders in St. Pete are reportedly in talks with developers to try to open another grocery store in Midtown's Tangerine Plaza, where a Sweetbay and a Walmart both shuttered in recent years. "Why don't local residents just use a grocery delivery app?" asked someone who's never had to choose between phone minutes and eating.

And finally, to whomever has been leaving cold-weather clothing tied outside for those in need to take: Thank you. You're the best.