A guide to the flags you might see at St. Pete PrideFest this year

cityofstpete/Flickr
Pride flag distribution in St. Petersburg, Florida on May 29, 2019.

For the better part of a decade, Creative Loafing Tampa Bay has worked in concert with St. Pete Pride on production and distribution of its event guide, and despite a pandemic that forced an all-out cancellation of Pride last year, CL and St. Pete Pride teamed up again in 2021 for a standalone guide on stands through the month of June. This “Know Your Pride Flags” piece is pulled from that guide.

The iconic rainbow pride flag was designed by Gilbert Baker for the 1978 San Francisco Gay Freedom Day celebration. He wanted the flag to be a symbol of hope and liberation, and an alternative to the symbolism of the pink triangle. In the original eight-color version, pink stood for sexuality, red for life, orange for healing, yellow for the sun, green for nature, turquoise for art, indigo for harmony, and violet for spirit. 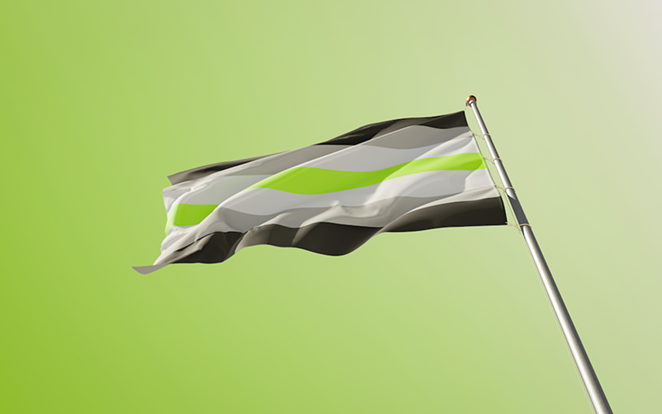 The agender pride flag, created by Salem X in 2014, has seven horizontal stripes. The black and white stripes represent an absence of gender, the gray represents semi-genderlessness, and the central green stripe represents nonbinary genders.

JJ Poole created the genderfluid pride flag in 2012. It has five horizontal stripes: pink for femininity, blue for masculinity, purple for both masculinity and femininity, black for lack of gender, and white for all genders.

Marilyn Roxie, a genderqueer writer and advocate, created the genderqueer pride flag in 2011. The lavender stripe is a mix of blue and pink—colors traditionally associated with men and women—and represents androgyny as well as queer identities. The white stripe, like in the transgender pride flag, represent agender or gender-neutral identities. The chartreuse stripe is the inverse of lavender and represents third gender identities and identities outside the gender binary.

The intersex flag was created in July 2013 by Morgan Carpenter of Intersex Human Rights Australia. Interex people do not exhibit all the biological characteristics of male or female, or they exhibit a combination of male and female characteristics, at birth. The purple circle symbolizes wholeness and completeness and is a reference to the intersex community’s fight for bodily autonomy and integrity. The labrys lesbian flag was created in 1999 by graphic designer Sean Campbell, and pub- lished in June 2000 in the Palm Springs edition of the Gay and Lesbian Times Pride issue. The design involves a labrys, a type of double-headed axe, superimposed on the downward-pointing black triangle, set against a violet background. The labrys was associated with the mythological Amazons and was adopted as a symbol of empowerment by the lesbian feminist community in the 1970s. The black triangle is a reference to the downward-pointing black triangle lesbians were made to wear in Nazi Germany. The color violet is associated with lesbians due to the poetry of Sappho.

This version of the lesbian flag is a derivative of an earlier “lipstick lesbian” flag that had shades of pink with a red lipstick mark. It was introduced on Tumblr in 2018, with the color dark orange representing gender nonconformity, orange for independence, light orange for community, white for unique relationships to womanhood, pink for serenity and peace, dusty pink for love and sex, and dark rose for femininity.

Kye Rowan created the non-binary flag in 2014. Each stripe’s color represents a different type of non-binary identity: yellow for people who identify outside of the gender binary, white for non-binary people with multiple genders, purple for those with a mixture of both male and female genders, and black for agender individuals.

The colors and design of the polysexual flag are based on the pansexual and bisexual pride flags, borrowing the pink and blue stripes and replacing the yellow and purple stripes with a single green stripe. Polysexuality is a self-identifying term that is somewhat amorphous. Polysexual identity is often related to gender identity and is used by some people who identify outside the gender binary. People who refer to themselves as polysexual may be attracted to third gender people, two-spirit people, genderqueer people, or people who are intersex. Polysexuality can be the exclusive attraction to-wards non-binary genders or sexes, or polysexual people l may be attracted to one or both binary genders or sexes. 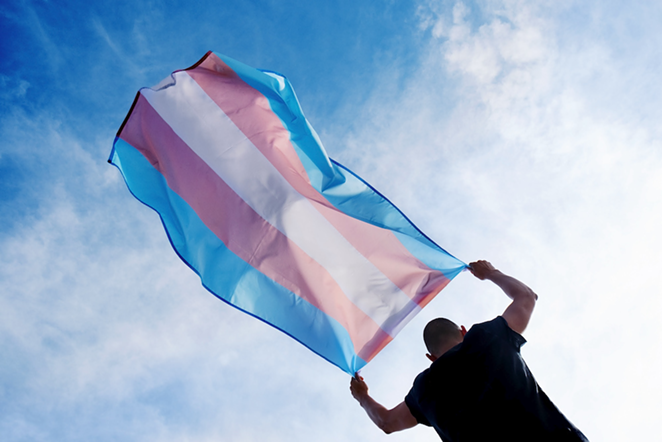 A transgender woman, Monica Helms, designed the transgender pride flag in 1999. The flag represents the transgender community and consists of five horizontal stripes: two light blue, two pink, with a white stripe in the center. Helms described the meaning of the flag as follows: “The stripes at the top and bottom are light blue, the traditional color for baby boys. The stripes next to them are pink, the traditional color for baby girls. The stripe in the middle is white, for those who are intersex, transitioning or consider themselves having a neutral or undefined gender. The pattern is such that no matter which way you fly it, it is always correct, signifying us finding correctness in our lives.”