Meanwhile, Nugent says the 'Chinese shit' has really set him back. 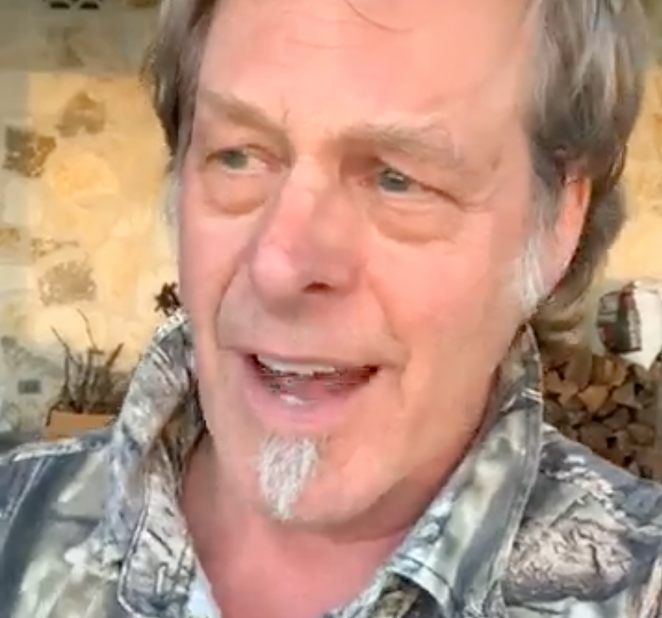 On Monday, COVID-denier and NRA-mouthpiece Ted Nugent admitted that he tested positive for coronavirus, telling followers : “I have had flu symptoms for the last 10 days. I thought I was dying. Just a clusterfuck."

Now it appears Nugent, a part-time Florida resident, found out he was sick with symptoms just a week after playing at a Naples grocery store that encourages “mask-free shopping.”

According to the Naples Daily News, the 72-year-old Nugent performed songs and spoke about “demonic” libs on April 12 at Seed to Table, which is owned by his friend Alfie Oakes. The event also featured an appearance from Lee County Sheriff Carmine Marceno, who was not wearing a mask, said the paper.

The grocer went viral last February for being an anti-mask grocery store, and after Oakes claimed in a Facebook Live video that the pandemic isn’t real. “No one’s getting infected here, no one’s dying,” said Oakes. “I want to get the truth out. It’s a fraud, it’s a sham, and people have got to wake up.”

Meanwhile, Nugent says the "Chinese shit" has really set him back. “I've got a stuffed up head, body aches," said a coughing Nugent in the video. "My God, what a pain in the ass. I literally could hardly crawl out of bed the last few days."