Breshad Perriman made a house call, and the Bucs escaped with a victory

We knew it’d be close, but that was much closer than it should have been.

Tampa Bay Buccaneers
Breshad Perriman made a house call, and the Bucs escaped with a 33-27 victory.
We knew it’d be close, but that was much closer than it should have been.

The Bucs were up 24-3 in the third quarter with a little under 12 and a half minutes to go with the ball at the Buffalo 41. 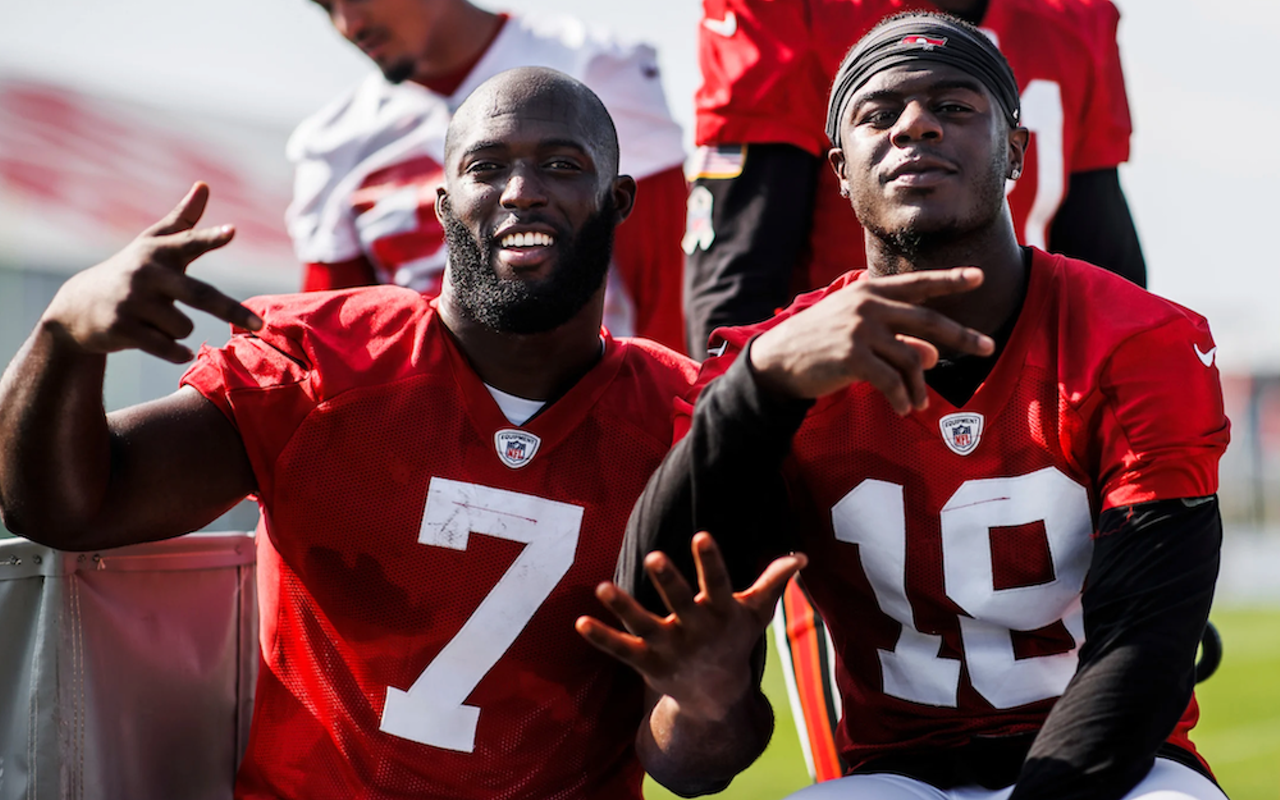 The Bills are good, but not good enough to beat these Buccaneers: Tampa Bay’s secondary might get beat up, but we win this one 34-31.

Tampa Bay turned it over on downs, and then allowed the Bills to outscore them for the rest of regulation 24-3.

Needless to say, the atmosphere in Raymond James Stadium was tense going into overtime after the Bills managed to tie the game with a field goal near the end of the fourth quarter (was it too much to ask for more Bills field goal bad luck in Tampa?).

The Bills even won the OT coin toss, getting the ball to start overtime with a chance to score a touchdown to steal a game on the road against the defending champs, but instead Buffalo was forced to punt the ball to Tom Brady and the explosive Bucs offense, and well… you know the rest.
Breshad Perriman made a house call, and the Bucs escaped with a victory 33-27.

The first half couldn’t have gone any better if the Bucs’ coaching staff had written the script themselves, with the offense humming and the defense making Josh Allen incredibly nervous, sacking the young quarterback 3 times in a game where Allen threw the ball a whopping 54 times and ran it 12 more times.

Brady was even running the ball, both scrambling and through his signature QB sneaks, 3 of the runs going for first downs and one sneak into the end zone. The GOAT was fired up in the first half, getting into it with Buffalo defenders who seemed bound and determined to strip the ball from the 44-year-old quarterback.

TB12 also made some history, becoming the first quarterback to throw for 700 touchdowns and breaking Drew Brees’ completions record.

Despite all of this the Bills managed to scrape and claw their way into overtime due to Brady looking lost in the second half and the defense’s inability to keep Allen in the pocket.

Which brings me to probably the most concerning part of this game: the Bucs’ QB contain.

While Josh Allen’s skill set as a runner is certainly unique in that he’s 6-foot-5-inches and runs like a fullback, he also ran for 109 yards, the most by any player in a Bills uniform on Sunday. Right now the Bucs aren’t playing for the regular season, they’re playing to get to the Super Bowl, and to get there they will likely have to go through the incredibly talented Arizona Cardinals, led by the second quickest QB in football, Kyler Murray.
Murray may not possess the size that Allen does, but he’s much faster and could cause similar problems for the Bucs defensively. The fact that the Bucs were unable to contain Allen and almost let the struggling Bills steal this game while the Bucs were at home is a little worrisome.

But, those are problems for future Bucs games that are a long while away. For now, let’s just revel in the fact that the Bucs avoided blowing a three-possession lead to the Buffalo Bills, and hope that the Bucs can end their regular season losing streak versus the Saints next Sunday night at RayJay and clinch the NFC South for the first time since 2007.