Tampa Bay's housing market is the 'hottest' for some, and a crisis for others

In the midst of a housing crisis, the hot housing market will likely raise rents even higher.

Adobe
As home rental prices skyrocket across Tampa Bay, real estate website Zillow has predicted the metro area to be the hottest housing market in 2022. A competitive market is good news for home sellers, but not so much for renters, who are likely to bear the brunt of the effects from the hot housing market.

Zillow predicts that home values in Tampa Bay will shoot up by 24.6% this year, citing a growing job market, high demand for housing, and more people with the ability to buy a home moving into the area. But renters are already in the midst of a crisis in Tampa Bay, and the rise in home values will likely make it worse.

Last year, rental prices increased by 24%, with the average renter receiving a $315 monthly increase to their monthly bill, the Tampa Bay Times reported. With the housing market getting hotter, experts say this spike in rent is likely to increase.

The effects of the housing crisis during an ongoing pandemic and rapidly increasing rents have had widespread negative effects on renters in Tampa Bay. According to Hillsborough and Pinellas Clerk of Court records, over 8,400 Writs of Possession—the final stage in the eviction process—were issued in 2021. Thousands more evictions were filed with the courts and are being processed.

Justin Ricke, a realtor with Heights Homes Tampa, says that he hears stories every day about rents leaping drastically as the housing market explodes.

"It's one of those things, where just because you can increase rent doesn't mean that you should, you know?," Ricke told Creative Loafing Tampa Bay. "But capitalism and greed are real things, and they know no limits, unfortunately."

Ricke went on to say that  it's just going to get worse until local elected officials take quick action to control the rent and create more affordable housing.


In February, Tampa City Council is set to host a public workshop to discuss a "rent stabilization ordinance" to try to figure out next steps in addressing housing issues, which several council members called a "crisis" throughout last year. 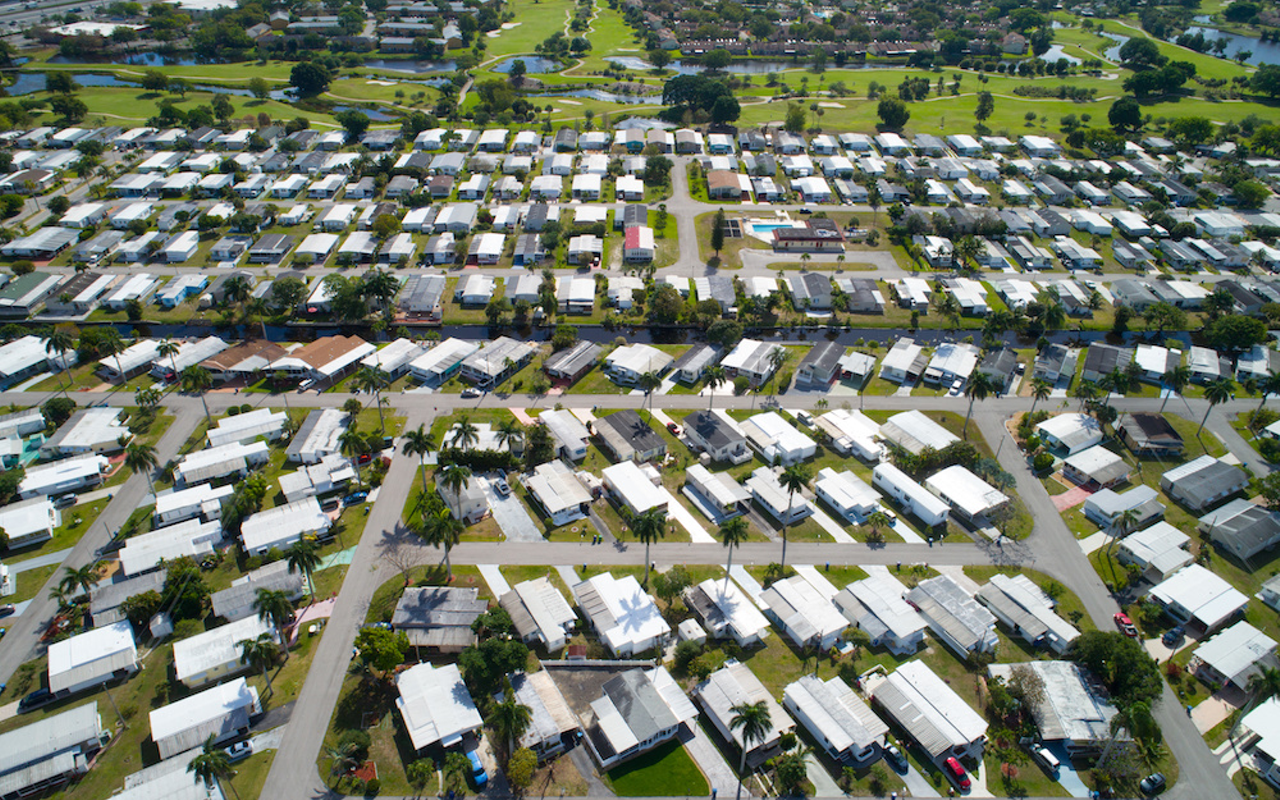 But last month, Tampa Deputy City Attorney Andrea Zelman told CL that Florida Statute 166.043 presents a challenge to control rent. The law puts limits on a local government's ability to adopt a rent control ordinance. While Zelman said that the state law is not completely stopping the City from exploring possibilities, official recommendations addressing the crisis have yet to be made.

Across the bay, the St. Petersburg Tenant's Union (SPTU) has pushed for declaring a housing state of emergency, which would avoid the state law's powers to stop rent control. Having a ballot referendum introduced would allow citizens to vote on controlling rent, which the city is considering.

Zelman said that the ballot referendum process could be costly if arranged outside of a regular election season, and that the city would have to make findings to prove the housing crisis presents a grave threat to its citizens. After a year, the process would have to start over again. The process is like this because of the state laws in place, Zelman said.

But Ricke says the rent spike is obviously creating a grave situation for renters and that city officials are in place to get creative and find ways to help out citizens, many of whom can't afford such exorbitant rent prices.

"This is on them and they let it go too long," Ricke said. "It's the working people of Tampa Bay that suffer, the people that work in hospitality and service industries that make up a huge portion of our demographic."

In December, Tampa City Councilman Bill Carlson told CL that city has been working for two and a half years to provide incentives for affordable housing. "It's important that people have the ability to rent or buy housing they can afford," Carlson said. "But in Tampa, we need an increase to our overall inventory of affordable housing."

Last October, the Tampa Bay Times reported Mayor Jane Castor's announcement that the city is more than halfway to its affordable housing goal of 10,000 units, with nearly 6,000 units being planned, in construction or completed.

The story did not include specifics about which stage of development the units were in, so CL asked the city. In November, of those nearly 6,000 units, 2,839 were still being planned, 501 were under construction, 2,538 were already constructed.

According to 2021 Income Limits and Rent Limits data from the Florida Housing Finance Corporation, in Hillsborough and Pinellas Counties, a one person household that makes $41,350 a year can still be charged $1,107 a month for one-bedroom rental under affordable housing guidelines. That's 32% of the renters' income. Paying over 30% of one's income on rent officially makes them rent burdened, leaving them with less money to pay for other important necessities of life like food and transportation. 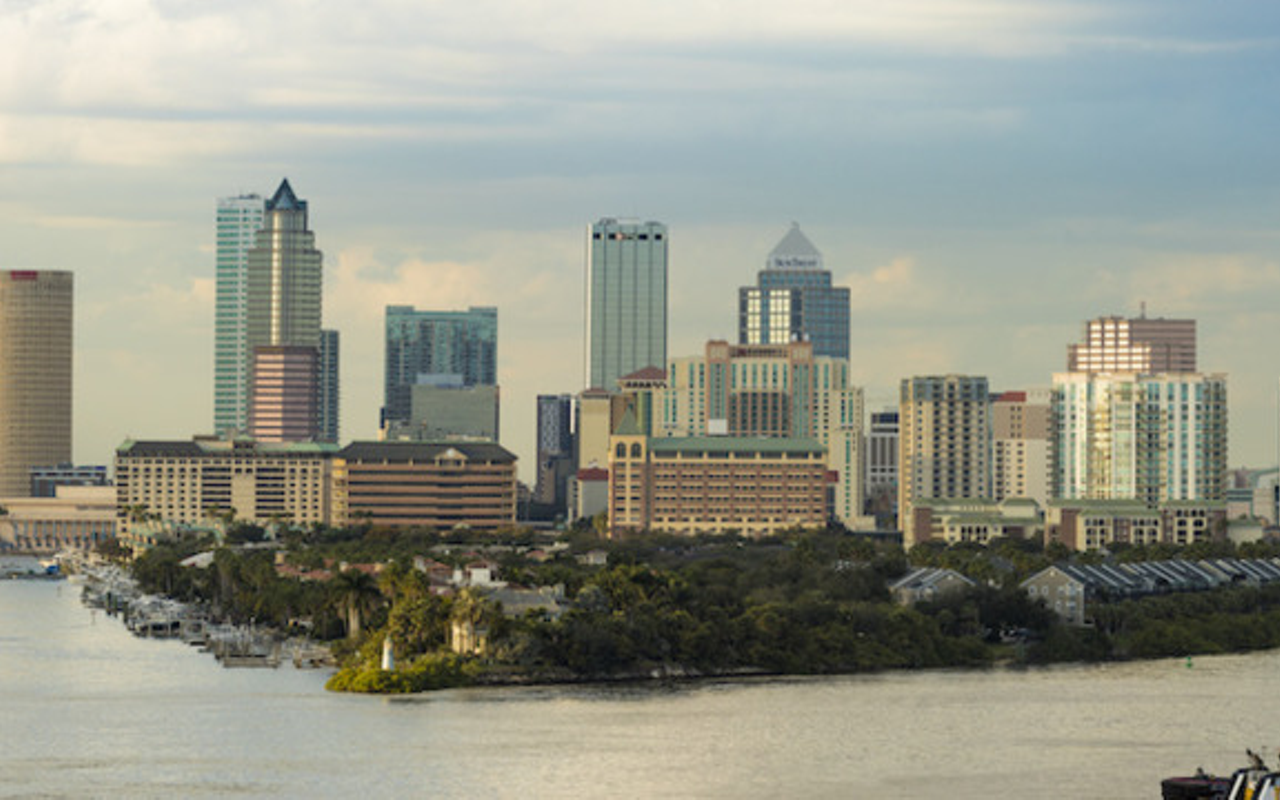 People of color are more rent burdened in Tampa Bay than others, new study says: The analysis says Black renters typically spend more than 37% of their income on rent, and Latinx renters spend more than 35%.

This week, WTSP interviewed housing advocates who listed an array of possible solutions the city could take to addressing the problem of rising rents and lack of housing. They told the station that changing re-zoning regulations for building more affordable housing could also help the situation.

In response to the high rents, tenants unions have sprung up across the bay, taking action due to what they see as lack of local leadership's attention to the problem.

The Tampa Tenants Union  and St. Pete Tenants Union placed the core of the crisis on the shoulders of developers having too much influence on the city.

"...Those on city council often fall to the desires of developers rather than the needs of the people they serve," TTU wrote in a post. "We have no need for developers who create luxury housing for the rich."
© 2022 Creative Loafing Tampa Bay