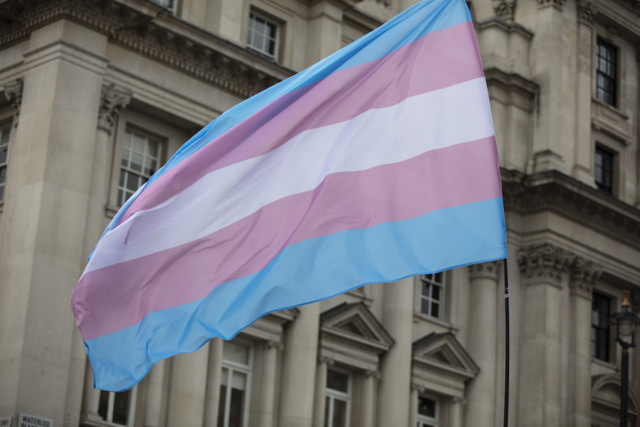 Photo via Adobe
The U.S. Department of Justice will argue next month at a federal appeals court on behalf of a transgender male student who was prevented from using boys’ bathrooms at a St. Johns County high school.

The 11th U.S. Circuit Court of Appeals this week approved a motion by the Justice Department to participate in oral arguments in a case that has drawn attention from states and groups across the country.

Drew Adams, who is transgender, and his mother filed the lawsuit in 2017 after St. Johns County’s Nease High School required him to use a gender-neutral, single-stall bathroom or girls’ bathrooms. A U.S. district judge sided with Adams in the dispute, leading to the St. Johns County School Board taking the case to the Atlanta-based appeals court.

In its Jan. 12 motion to participate in the arguments, the Justice Department contended that the school board’s refusal to allow Adams to use boys’ bathrooms violated equal-protection rights and a federal law known as Title IX, which bars sex-based discrimination. The motion was approved Tuesday.

“The (school) board fails to identify any sound basis for treating Adams differently than cisgender boys for purposes of using the school restrooms, even while treating him as a boy for other purposes,” the Justice Department said in a brief filed in November. “As the district court found, Adams identifies and presents physically as a boy. Even if Adams has some anatomical differences from cisgender boys, those differences are not observable when Adams goes into a private bathroom stall and closes the door. To justify differential treatment, the differences must actually be relevant to the government’s (the school board’s) asserted justification.”

The full federal appeals court is scheduled to hear arguments Feb. 22. A panel of the court ruled in favor of Adams in July, but the full court subsequently vacated the ruling and said it would hear the case —- a move known as holding an “en banc’ hearing.

Attorneys for the school board have pointed to privacy issues in defending the bathroom policy. Adams graduated from the high school as the case moved forward.

“This case has always been about whether a definition of sex founded in the real and enduring biological differences between boys and girls substantially advances the important privacy interests of students to use the bathroom free from members of the opposite biological sex,” the school board’s attorneys wrote in a court document last year.

As a sign of the national interest in the case, 40 states and the District of Columbia chose sides in two briefs that were filed in the fall.