You’ll be able to boogie to ABBA and Bee Gees by the end of April. 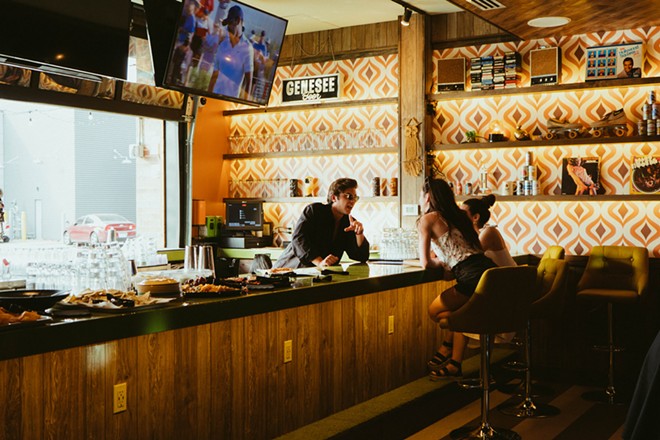 In terms of music, Good Night John Boy will stick to all of the expected pop hits of the 1970s, but also feature modern artists that incorporate disco nostalgia into their sound—think Silk Sonic, Doja Cat, Daft Punk and Dua Lipa. McLeod told SPR that St. Pete’s newest nightclub will play ABBA’s “Dancing Queen” as often as every half-hour.


That location's menu features a wide variety of bottled beer and wine,  and a speciality cocktail menu, which will include drinks like the “Dirty Ashtray”—a​ Miller High Life loaded with Tapatio hot sauce, salt, pepper and lime—as well as the popular “Disco Punch,” a rum-based punch served in a souvenir disco ball.

And if you don’t know where the phrase “Good Night John Boy” comes from—you probably don’t know much about the 70's anyways. It was the iconic farewell line of the popular TV series "The Waltons," as each episode ended with the family saying good night to each other.

Laura Wood, a veteran bartender at Ringside Cafe, started noticing men in suits—escorted by limos—checking the space out in the fall of 2021, so Good Night John Boy’s Southern outpost has been in the works for at least a few months now.

And while Good Night John Boy prepares to open its doors by the end of April, the recently-displaced Ringside Cafe—which hosted its last gig on Jan. 29— is still searching for a new home in St. Petersburg.

Ringside’s former employees heard more rumors that the same folks behind the new nightclub were also turning St. Pete’s MacDinton’s into a western-themed bar, but only time will tell if that speculation reigns true there. Forward Hospitality Group owns and operates a wide variety of restaurants and bars throughout Ohio, but none are western-themed.

To keep up with the latest updates on Good Night John Boy’s build out, follow the Cleveland's Instagram at @goodnightjb and Facebook at @goodnightcle because there are no social media profiles for the upcoming St. Pete location yet.
© 2022 Creative Loafing Tampa Bay