The drink will be unrolled to more states in the coming months by Blue Cloud Distribution. 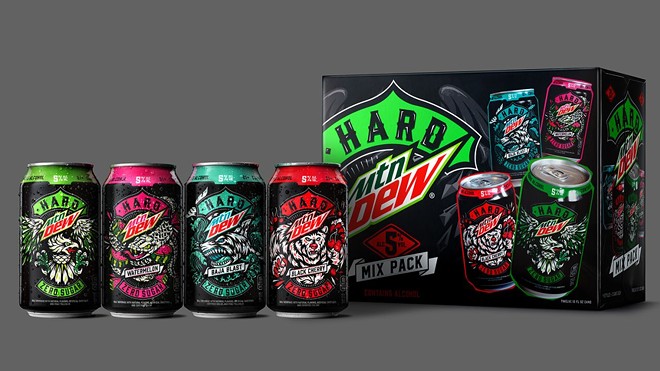 Photo via Mountain Dew
The state that arguably most deserves an alcoholic version of Mountain Dew more than anywhere else on the planet, will thankfully be one of the first to taste it.

The new 100-calorie, spiked seltzer contains 5% alcohol by volume, and comes in four flavors, like the original MTN DEW, Baja Blast, black cherry and watermelon, available in either in 24-ounce single-serve cans or 12-packs of 12-ounce cans.

Today is the day. Hard MTN DEW is hitting shelves in Florida, Tennessee, and Iowa.

Who is getting that first taste? pic.twitter.com/3jMGrGmdxk

The drink will be unrolled to more states in the coming months by Blue Cloud Distribution, an entity created by PepsiCo and Boston Beer Company solely to distribute this new type of Dew.

The company did not disclose exactly what locations in Florida will carry the  beverage, but surely you'll have opportunities to do the Dew as hard as possible any day now.

Edit: A previous version of this story said "subjugated to" in the headline, instead of "subjugated by." CL regrets the error.
© 2022 Creative Loafing Tampa Bay