The lawsuit alleged that a deputy sheriff was negligent in handling the dog at Florida Auto Exchange Stadium, now named TD Ballpark.

By Colin Wolf and News Service of Florida 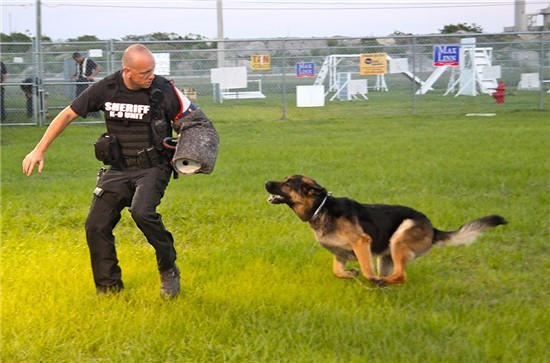 A three-judge panel of the 2nd District Court of Appeal overturned a lower-court decision that dismissed the case filed by Robert McKinley against Pinellas County Sheriff Bob Gualtieri.

The lawsuit alleged that a deputy sheriff was negligent in handling the dog at Florida Auto Exchange Stadium, now named TD Ballpark. Wednesday’s opinion did not say when the incident happened or describe injuries suffered by McKinley.

But it rejected arguments that the sheriff was shielded from the lawsuit by sovereign immunity and that McKinley had placed himself in a “zone of risk” by approaching an area occupied by the deputy and the police dog.

The court said McKinley was in a public location. “As such, he had the right to walk where he wanted, taking any path he chose to get from point A to point B,” said the 15-page opinion, written by Judge Craig Villanti and joined by Judges Stevan Northcutt and Susan Rothstein-Youakim.

“In fact, McKinley had every right to walk right up to the deputy if he wished, and, unless warned by the deputy to move away, McKinley had a reasonable expectation that the dog would not bite him. Thus, the argument that McKinley placed himself in the zone of risk by walking into the area where the deputy stood with the K-9 is without merit; to the contrary, the deputy created the zone of risk by patrolling the venue with his K-9 — it matters not whether the deputy was walking around or standing still.”
© 2022 Creative Loafing Tampa Bay