Not that we didn’t know before, but a Heartbreakers reunion also unfolded. 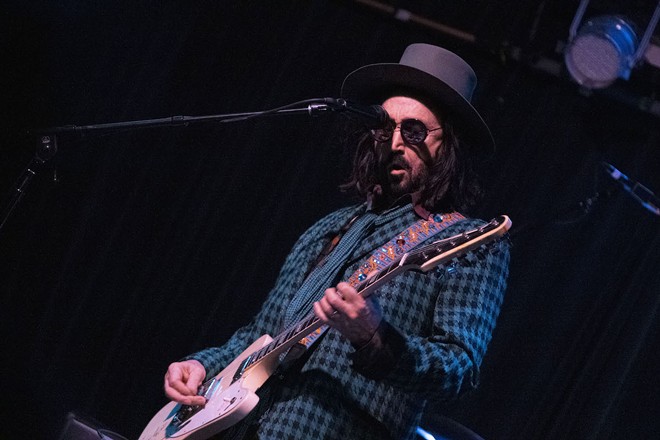 Photo by Josh Bradley
Mike Campbell
If you had told Tom Petty and the Heartbreakers’ 2017 sold-out crowd at Amalie Arena that the next time they’d get to see more than one Heartbreaker in the same room—let alone without their fearless leader—would be in 2022, you’d be dubbed a lunatic.

And yet, on a Wednesday night in Ybor City, almost five years to the date after that magical night, original Heartbreakers guitarist Mike Campbell and OG drummer Stan Lynch—the latter being a last-minute addition—publicly reunited in their home state of Florida for the first time in decades. Lynch lives in St. Augustine, and Campbell has graced the streets of Tampa since October 2017, having appeared alongside the controversial new incarnation of Fleetwood Mac in February 2019 (which did salute his—and Stevie Nicks’—longtime bestie, with a “Free Fallin’” tribute).

Now that the Mac is off the road, and there's no chance of a full Heartbreakers reunion, Mike finally has the opportunity to front his own swampy band of brothers. Back in 2005, he formed The Dirty Knobs, a side project designed to be utilized when The Heartbreakers weren't on tour. The band’s debut album, Wreckless Abandon—and a supporting tour—were both announced in January 2020, but had to be put off until that fall, due to a minor, pre-COVID health hiccup Mike faced. One global pandemic, three (four in Tampa’s case) postponements, and two studio albums later, the tour finally rolled into Ybor City’s soon-to-be-shuttered Orpheum on Wednesday night.

At 9 p.m. on the dot, Lynch, followed by bassist Lance Morrison, Campbell, and second guitarist Jason Sinay, entered the stage from Orpheum’s iconic stage left backstage stairwell. Campbell, in an Oz-green and black jacket, trademark grey cowboy-style hat, and thick John Lennon sunglasses, tipped his hat and was presented this tour’s main ax: a white Firebird, signed by none other than Johnny Winter. He’d pull out a Rickenbacker every now and then, but Mike’s mainly playing the Firebird these days.

The Knobs opened the set with “Wicked Mind," the opening track off of their latest, External Combustion. The way Stan was keeping time, you’d think that he actually recorded the drum part, as opposed to Matt Laug, absent for a few months due to a European tour.

Campbell has lived in Panama City, Jacksonville, and most notably, Gainesville.

“I’m one of you!” Mike said after bringing up how he went to school here. “If I can do it, anyone can.”

He would share vocals with Sinay on “Pistol Packin’ Mama,” originally recorded with Chris Stapleton, who couldn’t be there because…well, he’s Chris Stapleton. It was the same deal with Mike’s other duets. “State of Mind,” originally recorded with Margo Price—whose husband, Jeremy Ivey, actually opened the show with an acoustic set—was presented, as well as Sinay singing Ian Hunter of Mott The Hoople’s part on “Dirty Job.”

“Someone’s gotta do it, and it might as fuckin’ well be me,” Mike humorously paraphrased before jumping in.

That wasn’t the only bit of humor, either.

“Fuck That Guy,” another Stapleton collaboration, started with Campbell shushing and laughing at the most profane work any Heartbreaker has done. But by the end of the song, someone in the crowd who was live streaming had an entire on-the-spot verse written about him, and the entire crowd was yelling the title at the top of its lungs, which would appear at the end of the refrain.

Then came a segment that many were waiting for: Reliving the days of Tom Petty and the Heartbreakers.

“I don’t know, we might not let him leave,” Mike joked while introducing Stan Lynch, who was about to take on lead vocals on Count Five’s “Psychotic Reaction,” which the ‘Breakers would perform live from time to time. Naturally, a slowed down, bluesy “Refugee” came next, followed by super deep cut “When The Time Comes,” the latter of which sounded like Petty himself had actually taken the stage and taken lead vocals.

It’s no secret that Mike sounds just like Tom. His voice, like his partner’s, is acrobatic and nasally, yet absolutely iconic. It ain’t suited for Broadway, but it can tear down a hockey arena, and certainly a small club like Orpheum. 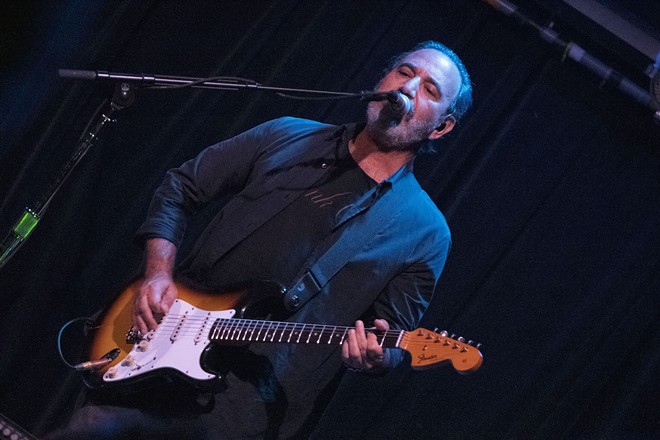 The first Heartbreakers segment came to an end, and “Electric Gypsy,” played on a silver Gibson, was ripped out (the only tune played with Campbell on a Gibson). “Beautiful model, it was made in the Netherlands or something,” he said before shredding it. On “Sugar,” off of Wreckless Abandon, Morrison finally got a bass solo, and Campbell later directed Lynch in throwing in some cowbell while the crowd kept time with its clapping hands.

Before capping the main set with a ZZ Top-sounding “Southern Boy” and the mostly spoke-sang “Don’t Knock The Boogie,” Campbell dedicated an emotional “Southern Accents” to everyone in the room, and its writer, Mr. Petty. He even changed some of the lyrics, partially due to so many at Orpheum embodying what Petty had written the song about.

“Everything is done with a southern accent/Where we come from,” for example. But there were tweaks that tugged at the heartstrings a little more than others. “There’s a dream I keep having/Where my brother comes to me,” he sang. 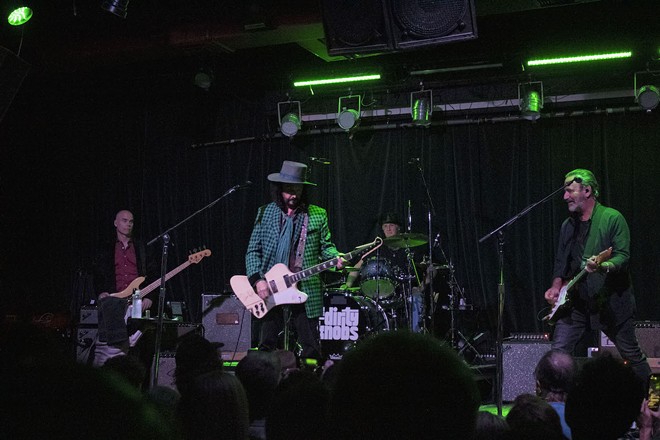 Almost every other Petty song played was a joyous celebration of sorts. The Knobs’ encore started with “Listen To Her Heart,” as well as another mega-deep cut “Fooled Again (I Don’t Like It),” and of course, “Running Down A Dream.” Sinay and Morrison then left the stage, leaving Campbell and Lynch to close off this semi-Heartbreakers reunion show with a two-voices-one-guitar rendition of “The Stories We Could Tell.”