It'd be a shame if 'Stories Up High' doesn't end up on a few year-end best-of lists. 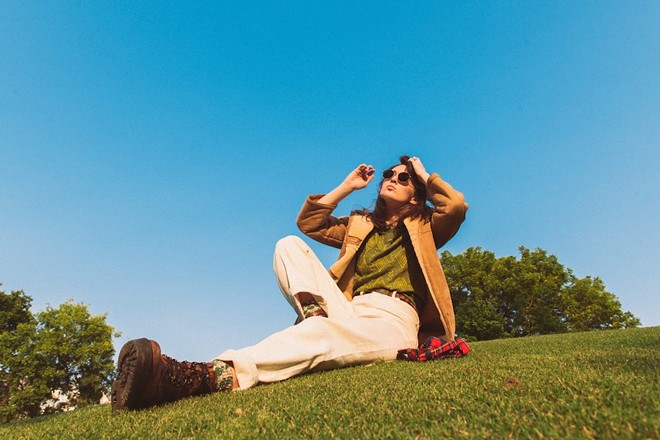 Photo by Libby Danforth
For disciples of Florida’s Americana scene, Laney Jones is remembered for her Mt. Dora based-band, The Lively Spirits, her prowess on banjo, ukulele, tenor guitar and harmonica, plus an appearance alongside Alison Krauss on PBS’ “Great Performances.”

Before moving to Nashville, Jones—who plays Tampa's Hooch and Hive next Wednesday, May 18—was a frequent performer in Tampa Bay.
Now the 30-year-old has emerged from this shitstain of a pandemic with a new album, Stories Up High, which she created with Alabama Shakes and Hurray for the Riff Raff producer Andrija Tokic. On it, Jones adopted even more instruments (church organ, timpani, glockenspiel) and fortified an already sterling folk sounds with punchy pop, straight rock and more ethereal folk.

If Stories doesn’t end up on a No Depression or American Songwriter year-end best of list, it’d be a damn shame—and you're probably going to kick yourself for missing this show.
Tried and true (Will Quinlan) and rising (Noan Partly) Bay area songwriters open this gig happening ahead of Jones’ June run supporting Blitzen Trapper.
© 2022 Creative Loafing Tampa Bay