“You know what they're likely to do, use them as hostages every five years to get their way and other things,” Biden said. 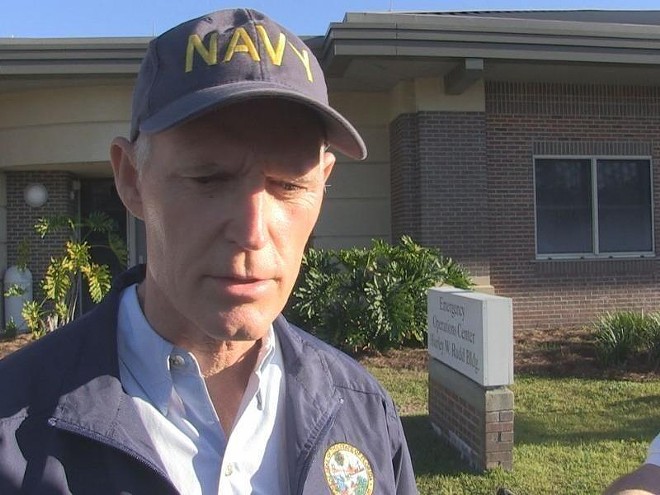 Photo via NSF
U.S. Sen. Rick Scott is battling with President Joe Biden about inflation and other economic issues.

Verbal sparring continues between President Joe Biden and U.S. Sen. Rick Scott, R-Fla., over how to address inflation and other economic issues.

Scott, a former Florida governor, has become a target for Democrats because of his “11-Point Plan to Rescue America.” Anticipating the content of a Tuesday morning speech by Biden on inflation, Scott issued a statement calling the president “unwell.”

“It’s simple. The most effective thing Joe Biden can do to solve the inflation crisis he created is resign. He’s the problem. Getting him out of office is a quick and easy solution,” Scott said.

“Let’s be honest here. Joe Biden is unwell,” Scott continued. “He’s unfit for office. He’s incoherent, incapacitated and confused. He doesn’t know where he is half the time. He’s incapable of leading and he’s incapable of carrying out his duties. Period. Everyone knows it. No one is willing to say it. But we have to, for the sake of the country. Joe Biden can’t do the job.”

When Biden during his address mistakenly said Scott is from Wisconsin, Scott fired off a tweet.

“Joe Biden is so incapacitated and incoherent, he can’t even keep his states straight,” Scott tweeted.

Asked by a reporter after the address about Scott's resignation comments, Biden quipped, “I think the man has a problem.”

Democrats and Biden have focused on parts of Scott’s plan, which hasn’t been embraced by many others in the GOP. Biden said Scott’s plan calls for all Americans, including low-income families, to pay income taxes and for the reauthorization of all federal program every five years

Biden said the reauthorization component will “put Social Security, Medicare and Medicaid on the chopping block every five years.”

“You know what they're likely to do, use them as hostages every five years to get their way and other things,” Biden said. “Think about it. ‘Give us another tax cut for billionaires or Social Security gets it.’ ‘Stop investing in clean energy or we're gonna kiss your Medicare goodbye.’”
© 2022 Creative Loafing Tampa Bay