The gig is one of the last for Orpheum's Ybor location, which is closing next week. 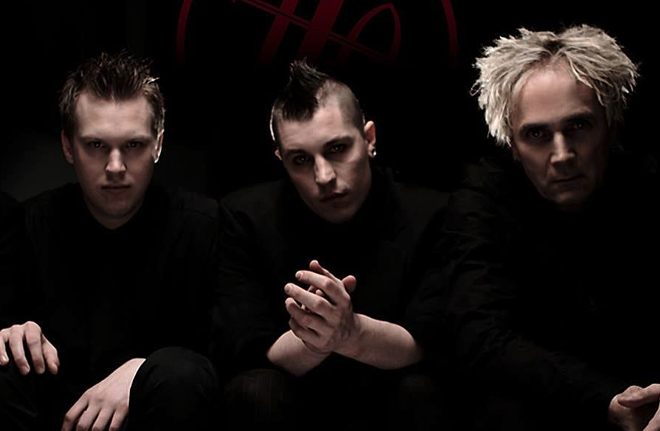 Photo via frontlineassembly/Facebook
Front Line Assembly.
It will be 36 years of industrial-strength electro-bliss going from the stage and into your ears on Saturday night at Orpheum when Front Line Assembly stabs its staccatos into the band’s first Tampa show since 2017.

The gig is one of the last for Orpheum's Ybor location, which is closing next week.

The Vancouver, Canada-spawned EBM faves is on “The Mechanical Soul Tour” with the current lineup of founder and former Skinny Puppy member Bill Leeb; Rhys Fulber, also of Delerium; Mankind drummer and keyboardist Jon Siren; and Tim Skold of KMFDM, Marilyn Manson and others.  Since last playing the area, FLA (ironic acronym?) has released other full-lengths, including the 2018 soundtrack for “WarMech,” 2019’s Wake Up in the Coma and 2021’s Mechanical Soul, which features Jean-Luc de Meyer of Front 242 and Dino Cazares from Fear Factory.