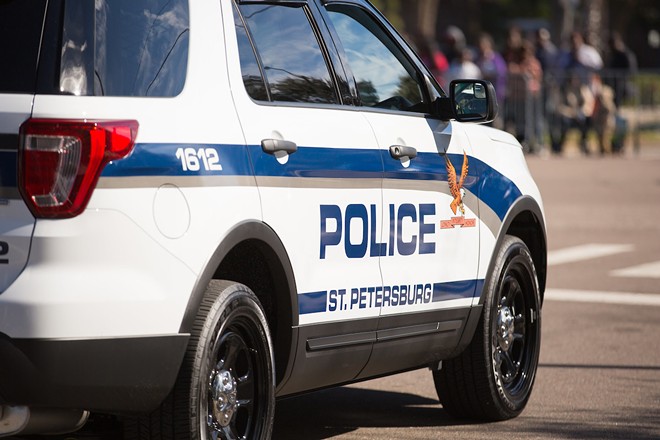 As St. Petersburg aims at a record high police budget, housing advocates argue that the money could be put to better use in public housing and other services.

On Wednesday May 25, the St. Petersburg Tenants Union (SPTU) and the Party for Socialism and Liberation Tampa Bay will hold a protest at city hall to voice their concerns.

The demonstration will take place at 6 p.m. at St. Petersburg City Hall.

The proposed 2023 budget for St. Pete Police Department is $131,147,141—a nearly $5 million increase from last year, according to the SPPD records department. Last week, people sounded off at a city council meeting about their desire to move some of that funding to public housing and other services.

But Mayor Ken Welch stood by the unprecedented police budget.

In response, the groups will host a demonstration to call for the city to reconsider the budget.

"If approved, the cops will have received over one billion dollars since 2015," SPTU wrote in a press release.

SPPD told Creative Loafing Tampa Bay that the increase in funding is attributed to some increases for programs and gear:


SPTU and PSL want SPPD to invest more of the proposed budget increase into the CALL program, which responds to non-violent and mental health calls without the police being involved.

St. Pete’s unarmed responders have answered nearly 3,000 crisis calls that would’ve gone to cops: Riding with the CALL team, which has helped vulnerable residents since February, and now responds to crisis calls without police.

The groups added that more city funds should be invested in Universal Basic Income pilot program for families residing in historically marginalized neighborhoods, a right to counsel program for any tenant facing eviction in the city, and the establishment of city-owned & operated co-op grocery stores in Tangerine Plaza, the Skyway Marina District, and Coquina Key. The groups also want universal access to free public transit for city residents on the county's public transit system.

They want the city to prioritize a strictly public option for affordable housing that doesn't involve city money going to private companies to develop the housing. To do this, the groups say the city needs to move away from overfunding police.

"Despite years of disproportionate investment in the cops, crime rates in St. Pete continue to exceed local, state & national averages, while the department is solving less than half the crimes it was 20 years ago," SPTU wrote in a press release.

The City of St. Pete sent CL a Uniform Crime Reporting (UCR) Crime Index report from April, which shows a 22.9% drop in crime over the past five years. The document showed homicides down 28.6% over that span of time, and robbery being down 43.1%.

The U.S. Department of Justice has reported that the UCR's murder and non-negligent manslaughter data is, "so seriously flawed that the only figure they can provide criminologists is the number of deaths investigated by police as potentially criminal homicides, and the weapons use data reported by the UCR and the National Crime Survey (victimization data) are unreliable as well."

Other concerns pointed out with UCR include errors and biases within the reports and aggregating offenses that are dissimilar into single categories.

As the housing crisis continues, SPTU and PSL will demonstrate on Wednesday to insist  the city move away from increasing the police budget, and toward more public services. The protest occurs on the anniversary of George Floyd's murder at the hands of police officers.

Last year, Florida Governor Ron DeSantis passed a controversial law, which gives the state the ability to step in if cities try to reduce police budgets or divert police money to other social services. A group of Florida cities filed a lawsuit in response, claiming the law is unconstitutional. The lawsuit is ongoing.