And a french fry festival, daiquiri competition, and oyster pop-up round out this week's food events.

EDGE Eatery Originally slated to open in late 2021, the multi-faceted eatery and lounge celebrated its grand opening on Friday, July 15 in downtown St. Petersburg, on the ground floor of the Fusion 1560 luxury apartment building. With two different eateries that offer a wide range of dishes, a low-key lounge, Colombian restaurant specializing in sangrias, and a straightforward bar filled with a variety of beer, wine and spirits—EDGE eatery is set be downtown St. Pete’s newest hotspot, with a total of five new concepts. Carne D’Vino—which first debuted out of the EDGE Collective last year—dishes out Italian sandwiches and pizzas, The Cuban Sandwichere specializes in sweet and savory Latin American fare, while Sangrias at Saint Pete offer Colombian-inspired food and drinks. EDGE Eatery's fifth concept is a low-key bar and listening room with indoor and outdoor seating called The District Lounge, located behind the main food hall area. 1572 Central Ave., St. Petersburg. @edge_eatery on Instagram

Ash Earlier this week, Strategic Property Partners announced its newest concept Ash, which will debut on the ground floor of Water Street Tampa’s Asher building in the spring of 2023. The brand new restaurant is brought to downtown Tampa by a familiar name: Proper House Group (PHG), the minds behind Rooster & The Till, Nebraska Mini Mart and more. PHG said that its latest concept will specialize in Italian-inspired cuisine and boast an extensive, 1,000 square-foot outdoor patio. Ash’s menu “will offer a focused yet fun and playful cuisine with Italian undertones,” and play neighbor to popular U.K.-based Asian fusion restaurant Wagamama. The upcoming Italian eatery will be the restaurant group's fifth Tampa concept, alongside recent Bib Gourmand Award recipient Rooster & The Till, Nebraska Mini Mart, Gallito Taqueria and Asian street food-inspired Dang Dude—which debuted at Sparkman Wharf earlier this year. 1050 Water St., Tampa. @ashtampa on Instagram 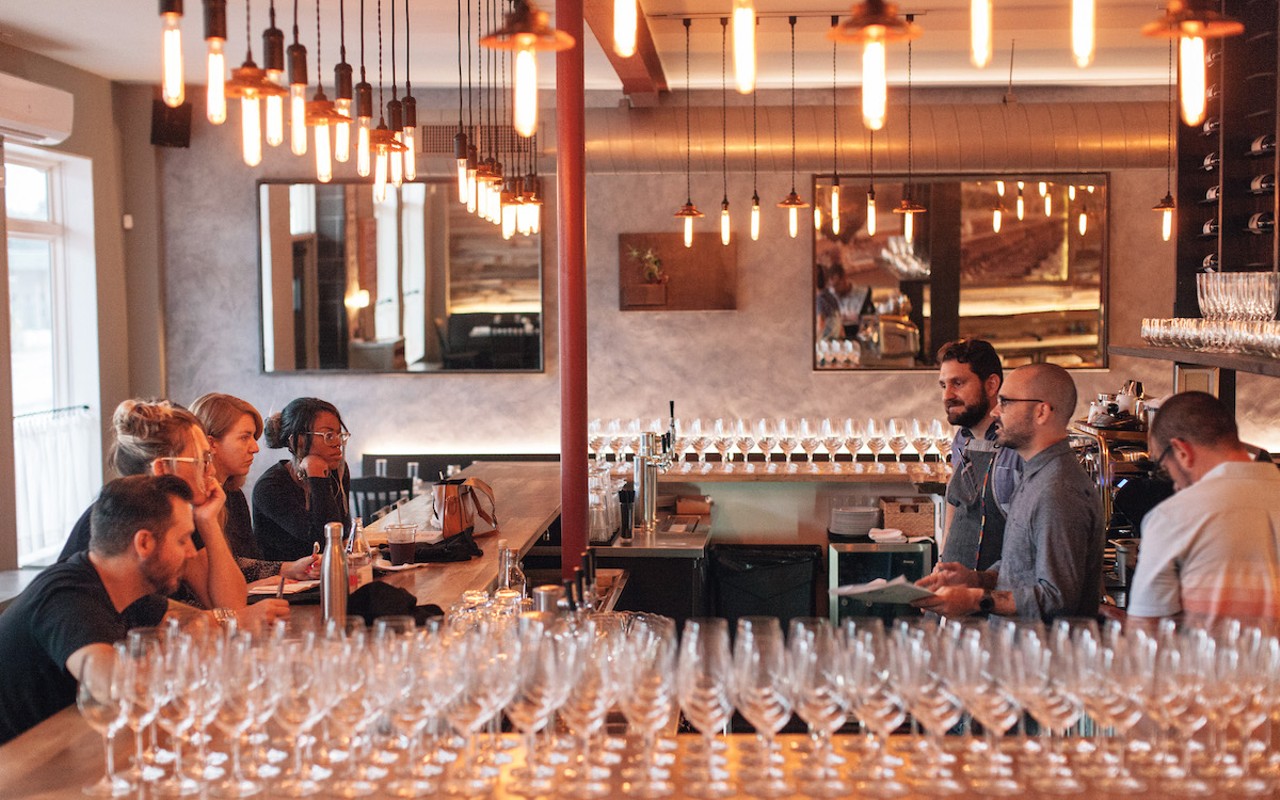 Tampa restaurants earn three Bib Gourmands, no stars, in first-ever Florida Michelin Guide: Rooster & the Till, Ichicoro and Rocca were rated as 'a great value.'

3 Daughters Brewing’s French Fry Festival Carb-lovers unite—3 Daughters Brewing’s yearly french fry celebration is back. Taking place from 6 p.m.-10 p.m. on Friday, July 15, this festival is chock full of local food trucks with exclusive menus, live music, and 3 Daughters’ prized craft brews. The food truck lineup includes : Pamz Pizza Cones, Anju Korean Gastro, Flip’n Tasty Filipino, and Mediterranean spot Maggie on the Move. Each food truck will offer their own twist on the classic potato dish, alongside their regular menus. This year’s french fry festival is free to attend; food prices will vary from truck to truck. Alongside all of the tasty eats these food trucks will provide, is a live performance by multifaceted cover act the Bus Stop Band at 8 p.m., and all of the craft brews you can drink. 222 22nd St. S, St. Petersburg. 3dbrewing.com

Willa’s Santa Teresa 1796 Rum “Daiq-Off'' Whether you know how to pronounce “Daiq-Off” or not doesn't matter. What matters is that you can sample a few Santa Teresa cocktails at Willa’s’ annual daiquiri-making competition this week. Happening on Tuesday, July 19 at 5 p.m., the Hyde Park restaurant hosts its annual “Daiq-Off” competition where Tampa Bay’s best bartenders battle through three rounds of daiquiri making: classic daiquiris, Hotel Nacional & Hemingway Daiquiris,  and old fashioneds. And no, we’re not sure what the difference between them is either. A $25 ticket will get you two cocktails, small bites from Willa’s and access to music provided by DJ AJ Hall. The winner of the daiquiri competition boasts the title “Fastest Tins in West Florida" and a $500 grand prize. Tickets and more information can be found at resy.com. 170 W Fig St, Tampa.

Bandit Coffee Co. x Lost Coast Oyster Co. pop-up Hey mothershuckers—a specialty raw bar event is headed to downtown St. Pete next week. This tasty pop-up happens on July 18 from 7 p.m. to 10 p.m. at Bandit Coffee Co. Guests will have the opportunity to meet the founders of Lost Coast Oysters, Brian and Lindsey Rosegger, as well as chat with them about farming, sustainability, and the positive effects of aquaculture in the Tampa Bay area. Alongside its raw bar will be a variety of a la carte small plates put together by Bandit’s chefs—which include a sourdough focaccia with guava butter and basil oil, shoestring fries topped with smoked paprika and fermented shisito mayo and a surf n’ turf hot dog with blue crab, whipped avocado, pico de gallo and crunchy shallots. There’s no door fee for this Monday night event, but Bandit’s small plates will range from $6 to $9, as the locally-raised oysters—sold by the half dozen and dozen—will be sold at market price. David Heath of Arash Selects, a Florida-based importer and distributor, will also be there pouring a handpicked selection of natural wines that will compliment the fresh oysters and small plates. 2662 Central Ave, St. Petersburg. lostcoastoysters.com

CL’s longtime food reviewer heads to Casa Santo Stefano I’m not sure if it’s because my grandfather was a sea captain who brought folks to Ellis Island or, perhaps, the horrific sight of Ukrainians rushing to escape their homeland in the face of war, but the tales of immigrants by Richard Gonzmart on the Casa Santo Stefano menu brought tears to my eyes. We decided to begin with a delightful hand-painted oval platter of six arancini—fried breaded risotto balls, mixed with Bolognese, mozzarella and peas. They’re served with a small bowl of fresh sauce that just sings with tomato acidity and is not a bit spicy. You can almost imagine the eager little mouths around their grandmother’s kitchen table, sitting with wide-eyed anticipation, as they give their best buddies an “I told you so” look with each seductive bite.—Jon Palmer Claridge

Caspers Company to sell all of its McDonald's locations There are hundreds of McDonald’s locations throughout Tampa Bay, and a good chunk of them will get a change in ownership this fall. Caspers Company, which owns dozens of McDonald's storefronts throughout Florida, recently announced plans to sell all of its locations on October 1., although no other financial details have been disclosed. With 60 locations that span from Tampa Bay to Jacksonville to Tallahassee, the Tampa-based company has been operating franchises of the fast food chain since the 1950s. The Tampa Bay Business Journal, which broke the news earlier this week, details the countrywide trend of corporate McDonald’s buying out franchisee's locations, although it’s unsure if that’s the direction the Caspers Company will take. casperscompany.com
© 2022 Creative Loafing Tampa Bay