Treasure Island restaurant The Pearl moves to Gulfport this fall 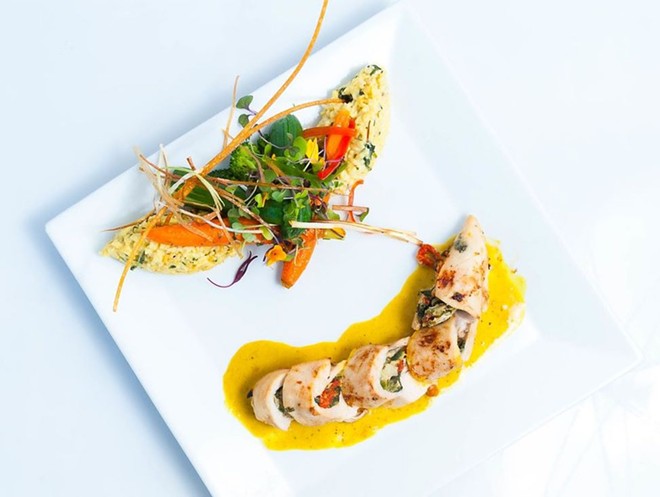 A Pinellas County fine dining restaurant is trading one waterfront location for another.

Not to be confused with the upcoming Water Street Tampa restaurant that goes by the same name, The Pearl has been dishing out upscale Mediterranean food in Treasure Island for the past 24 years.

An announcement from the restaurant states that its last day at 163 107th Ave. in Treasure Island will be Thursday, Sept. 1, as its team prepares for its move a few miles away. The eatery will reopen at 5802 28th Ave. S in Gulfport sometime in October, with an exact grand opening date to be announced within the next few weeks.

The Pearl's new Gulfport space will seat more than 100 guests inside and about 50 on its outdoor patio, and boast a full liquor bar in addition to various beers and wines. The Pearl's hours will also remain the same, as it will be open from 5 p.m.-9 p.m. Tuesday-Sunday and closed Mondays and Tuesdays.

A representative from the restaurant tells Creative Loafing Tampa Bay that its menu will maintain its “Mediterranean Continental” theme, although owner and Executive Chef Karim Chiadmi might add a few more dishes.

They also explained that The Pearl has to move because a new mixed-use development is going to take the place of the plaza the restaurant has called home for more than two decades.

The Pearl’s signature dish is its twist on a traditional Moroccan meal, chicken tagine, which is slowly baked in tomatoes, onions, bell peppers and various herbs and spices. Although there's Moroccan influence throughout The Pearl's menu, it also offers a variety of other upscale dishes like seafood crepes, racks of lamb, veal piccata and lobster pasta.

For the latest updates on The Pearl—like its highly-anticipated grand reopening date—follow its Facebook at @thepearlbychefkarim.