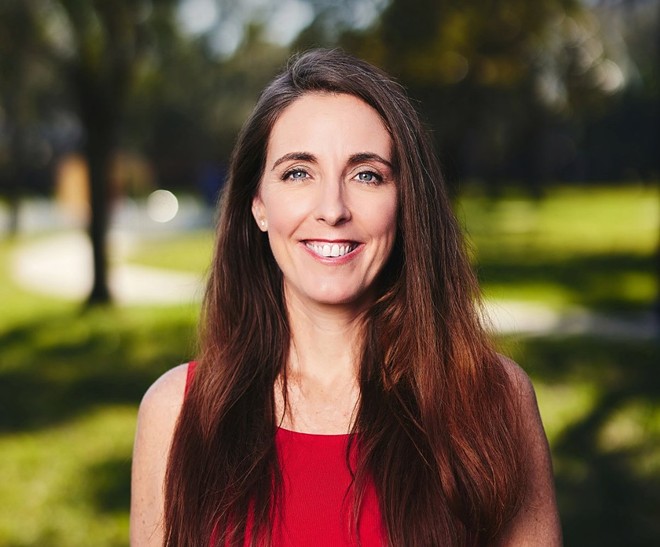 Photo via Florida Politics
In a parting statement Janelle Irwin Taylor thanked Mayor Welch for the opportunity to run communications for the St. Petersburg over the past seven months.

Janelle Irwin Taylor has abruptly resigned from her role as communications director for the city of St. Petersburg.

Her resignation takes effect at close of business today, and she cited behavior by her supervisor Deputy Mayor Stephanie Owens as being her main reason for leaving. Before making her decision to resign, Taylor had a discussion about Owens' behavior with Mayor Ken Welch earlier this week.

Taylor said in her resignation letter to Mayor Welch that not enough action was taken following that conversation.

"After our discussion on August 30, 2022, I have determined that the disclosed hostile work environment, lack of communication or guidance and overall culture of bullying, all related to my direct supervisor, were not adequately addressed, and thus warrant my immediate departure from this administration," Taylor wrote.

In a separate parting statement, Taylor, whose resignation was first reported by the Tampa Bay Business Journal, thanked Mayor Welch for the opportunity to run communications for the city over the past seven months.

"The experience has been enlightening and valuable," Taylor wrote. "However, I have made this decision to pursue alternative professional opportunities that afford me the flexibility to further my education and spend more time with my family."

Taylor, who spent most of her career as a reporter before running communications for Welch, said that she wished the mayor and the City of St. Petersburg all the best, "now and into the future."

Yolanda Fernandez of the St. Petersburg Police Department is handling communications for the city in the wake of Taylor's sudden departure, and sent an email statement about her resignation.

"Mayor Welch was just made aware of these allegations on August 30," Fernandez wrote. "He takes these types of workplace allegations very seriously. He is committed to investigating them thoroughly and will take appropriate action if necessary."
© 2023 Creative Loafing Tampa Bay