There's  gotta be a better ways to transport this thing to the deep fryer or the local bootery. Photo via Karen Kress/Facebook
If there's a J.D. Power Award for strapping large, dead alligators to a bumper, then this Chevy SUV just won "Best in Class."

Last Sunday, Tampa resident Karen Kress posted a photo to Facebook showing a giant alligator on the back of what appears to be a Chevy Traverse. "Spotted on I-95 yesterday," wrote Kress in the post. "I’m accepting suggested captions….obviously this is in floriduh."

Kress told the Charlotte Observer that the gator was spotted in Brevard County, and it's unclear who the driver is, or how a hog-tied gator ended up on their car.

“I moved here 30 years ago because of the nature and never tire of seeing an alligator. However, never expected it to spot one on the interstate!”, said Kress to the publication. 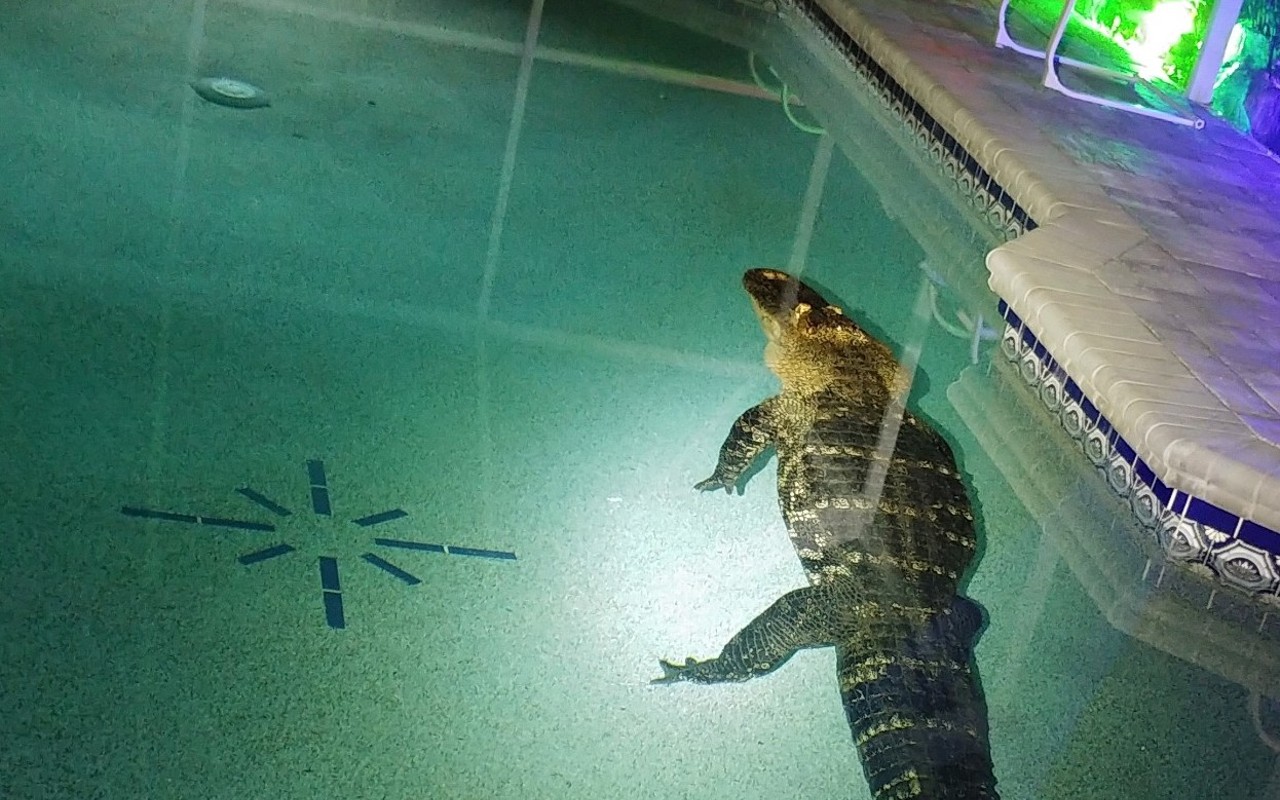 'Always check your pool': Florida family finds 500-pound gator in swimming pool: Charlotte County deputies and a local trapper contained the rogue reptile, but what's next for the big guy?

There's a few plausible reasons this gator is in this unfortunate state. Almost daily, the Florida Fish and Wildlife Conservation Commission (FWC) employs private licensed trappers to remove what are called "nuisance gators" from unfortunate places like swimming pools and patios.

But it's also worth noting every year the State of Florida issues over 7,000 permits for alligator hunting, and we're currently in the middle of the season, which runs from Aug. 15-Nov. 1.

However, there's  gotta be a better ways to transport this thing to the deep fryer or the local bootery.
© 2023 Creative Loafing Tampa Bay