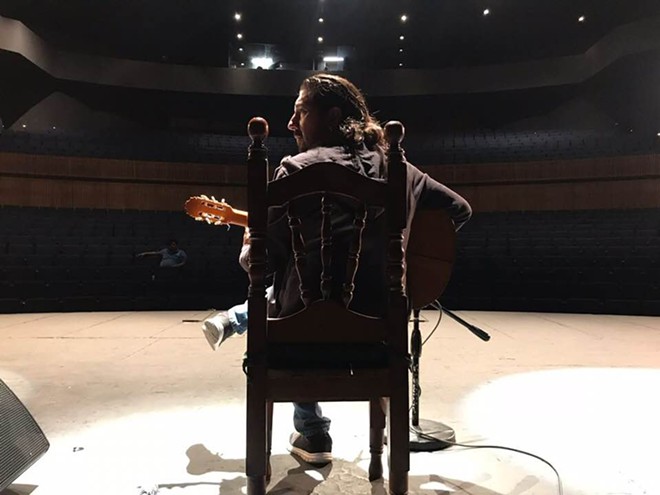 Photo via antonio.rey.3551/Facebook
Antonio Rey
List the top five living flamenco guitarists in the world, and Antonio Rey would be among them. The Spanish fingerpicking phenom is in Ybor City on Sunday, Sept. 25 for a matinee concert at Centro Asturiano de Tampa.

The gig is in support of Flamenco sin Fronteras (“flamenco without borders”), an album of jazz and romantic ballads that is also the 2020 Latin Grammys’ winner for Best Flamenco Album.

And while the Gitano guitarist born in Madrid is only 41 years old, Rey has been playing in flamenco bars (“tablaos”) since he was a 10-year-old boy onstage with his father.
© 2022 Creative Loafing Tampa Bay