The only other Tampa Bay location resides in downtown St. Pete. 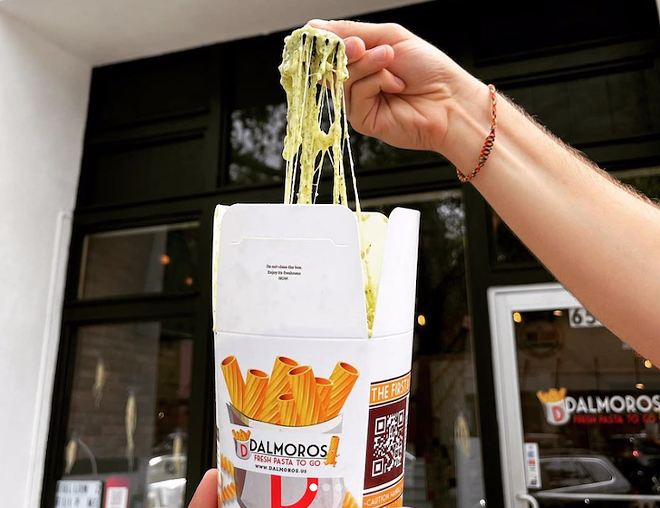 Patrons of the upcoming Italian spot can expect different sauces like the meat-based "Amatriciana" with tomatoes, smoked bacon, onions and black pepper, and its classic Bolognese with fresh tomatoes and ground beef. Pasta types range from fettuccini and fusilli to rigatoni and bigoli (think of a thick spaghetti.)

In addition to its popular Italian fare, DalMoros is also known for letting its customers watch its fresh pasta being made in-house.

Dixie Dharma, Armature Works’ sole vegan spot, closed a few months ago. But plant-based folks should not worry, because DalMoros offers a few vegan dishes (although gluten-free folks might be out of luck.) Vegan options at DalMoros include its sauce with extra virgin olive oil, red chili flakes and garlic powder, as well as its tomato and basil-based "Napoletana" sauce. There are even more vegetarian options, which range from its house-made pesto to its creamy mushroom sauce.

The only other Tampa Bay DalMoros location debuted in downtown St. Pete in the spring of 2021.  According to its website, DalMoros was founded in 2012 by 7th generation Venetian Chef Gabriele Dal Moro, as Tampa's forthcoming location will be the company's second restaurant in the entirety of the U.S.

The Tampa Heights hotspot also recently launched a new multi-vendor online ordering system called Bbot , which makes it easier than ever to place orders at 9 of its 14 concepts. The Armature Works website states that the new system can be accessed via QR codes scattered throughout the dining area, or by clicking the "order now" tab on the top right corner of its homepage. So when DalMoros debuts soon, you might be able to order its cacio de pepe pasta alongside Zukku's sushi rolls and Bake’n Babes' sea salt chocolate chip cookies.