The southern white rhino was nearly extinct in the 20th Century. 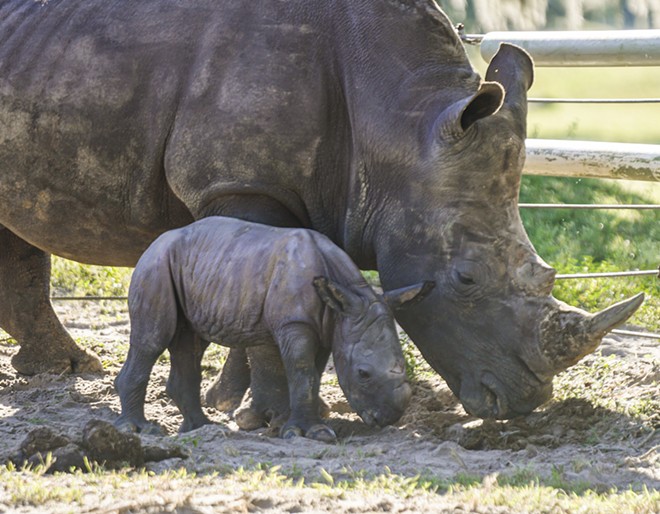 In the next few days the 150-pound male calf will join his mother, and guests will be able to view him at the park's 65-acre Serengeti Plain.

Plus, you get to decide the new name! Guests are able to vote between the names "Viazi," which is Swahili for  potato, "Vumbi," a Swahili word for dust, or "Bahati," meaning luck or fortune.

You can vote on his name on the Busch Gardens website.

Southern white rhinos are typically found in southern and parts of eastern Africa, and are currently listed as threatened by the International Union for Conservation of Nature (IUCN) due to habit loss and poaching for their horns.

Busch Gardens is participating in the Association of Zoos and Aquariums' (AZA) Species Survival Plan (SSP) in an attempt to ensure the protection of threatened species such as the southern white rhino.

The southern white rhino was nearly extinct in the 20th Century and has slowly made a comeback, with an estimated 21,000 in the wild today.