The county asked voters if they would approve a 1% sales tax over the next 30 years to help fund transit and road improvements. 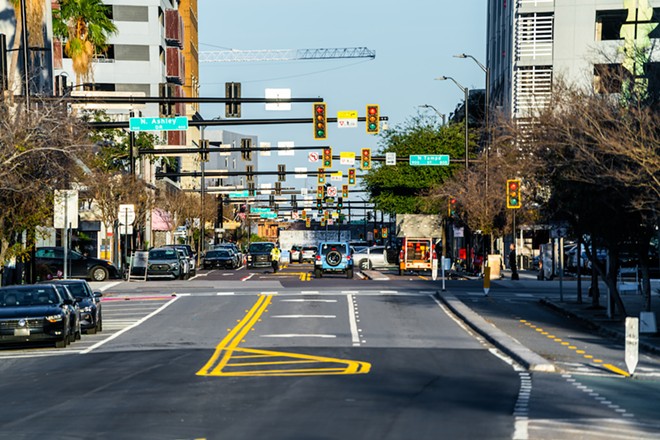 Photo via Adobe
With 96% of precincts reporting, it looks like Hillsborough County's second chance at collecting a tax to address mass transit, plus road, intersection and sidewalk construction has failed.

The defeat for transportation advocates comes after a Hillsborough County Court ruled against the ballot language last month. The board of county commissioners appealed that ruling, and residents were able to vote on the transportation tax.

The ruling on the appeal has yet to be addressed by the Second District Court of Appeal, and it's unclear what's next.

“All for Transportation started with one simple mission – to give the residents of Hillsborough County a voice in the future of their community. Voters used that voice in 2018 to resoundingly demand action and many worked tirelessly alongside us to keep fighting toward our common goal – a transportation system that is safe, reliable, and equitable," Tyler Hudson and Christina Barker, Co-Founders, All for Transportation said in a statement following the vote. "We cannot say what is next for this fight, but our passion is not diminished. The prospects for a better transportation future are not defeated but only deferred.”

The county asked voters if they would approve a 1% sales tax over the next 30 years to help fund transit and road improvements, which leaders say are much needed in the county. But a lawsuit has aimed to stop the vote in its tracks.

In August, the suit against the county was filed by Karen Jaroch, the Gulf States Regional Director of Heritage Action for America, a conservative activist group. In her injunction lawsuit, Jaroch honed in on the language of the ballot presented by the county. In early October, Judge Anne-Leigh Gaylord Moe sided with Jaroch, saying that the ballot language misleads the public.

However, Hillsborough commissioners disagreed, and began working on appealing the ruling the day after Judge Gaylord Moe’s decision. "Without this tax, potholes and roads will go unfixed, our bus service will be affected and the residents will be the ones to have to deal with it all,” County Commissioner Kimberly Overman told CL.
© 2023 Creative Loafing Tampa Bay