HART's Chief Strategy Officer and the Chief of Customer Experience resigned on the same day, making it seven higher-ups departing the organization.

The most recent departures come after a turbulent year at HART. In March, Creative Loafing Tampa Bay found through public records that at least 50 administrative level employees had recently left the organization. Some claimed a toxic workplace. CEO Adelee Le Grand said the employees, “just weren't the right fit for right now.” 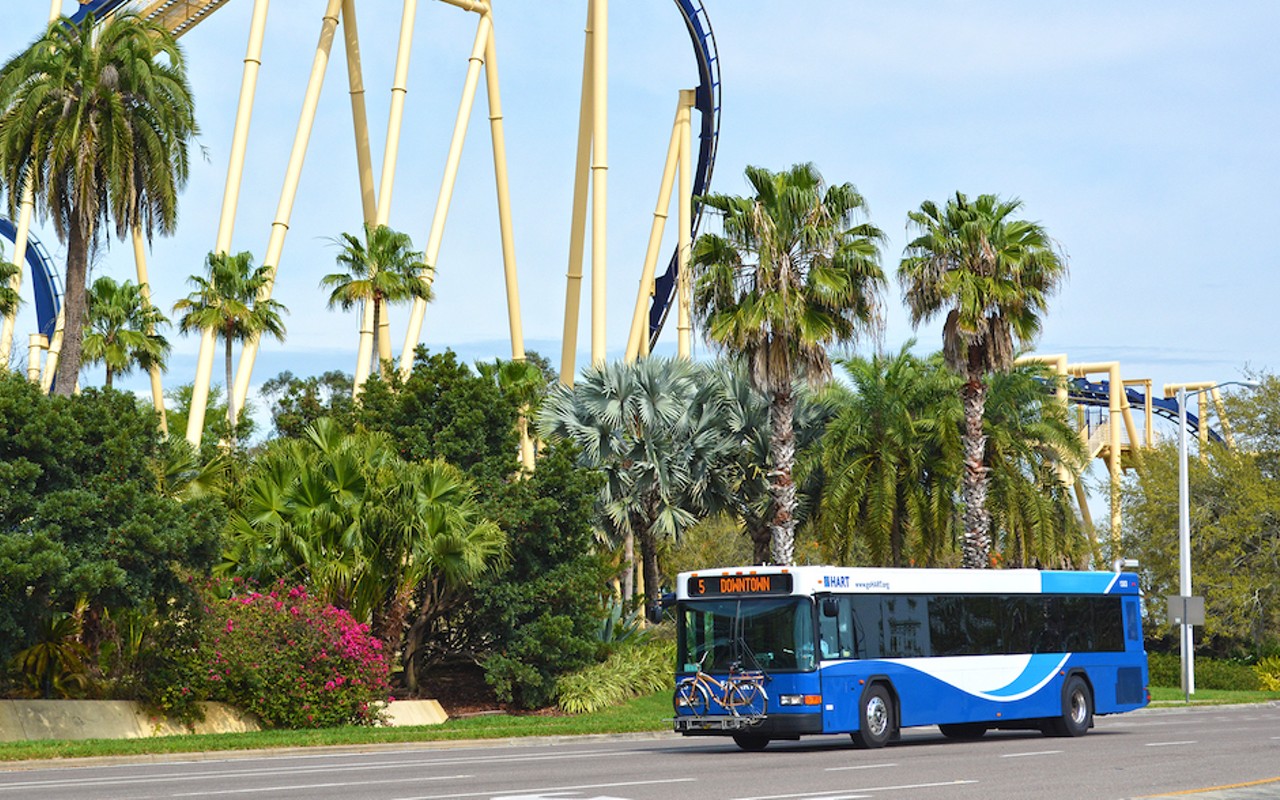 Today, Le Grand told CL that this week’s terminations weren't due to the employees not being the right fit, but were instead related to the sales tax referendum that failed at the ballot box on Tuesday by two percentage points. If it had passed, HART could have secured funding for the coming years.

“We're gonna have to be very efficient with our dollars since the referendum did not pass and we don't have another source of funding,” Le Grand said. “That’s our reality. So, we are going to have to make some cuts.”

Le Grand referred to the HART Board of Directors meeting last Wednesday where the budget was discussed, along with the consequences of the ballot referendum not passing. At the meeting, it was said that HART would have to tighten up its budget in order not to continue to dig into its reserve funding.

“We are focused on providing the best service possible to those in Hillsborough County that need to have mobility options,” Le Grand said. “But without a dedicated funding source, it requires us to be as efficient as possible with our existing dollars and be creative on how we can make improvements within this limited revenue environment. And that's what we're going to be focused on doing.”

She said that more cuts are probably coming in the future, but couldn’t elaborate further on the recent terminations because the terms of employee release are still being negotiated.

In an anonymous tip, CL was told that the events happened without any discussion prior to the ballot referendum vote, and that employees were told on the spot on Nov.  9 that they’d be leaving the organization.

Two county commissioners and HART Board representatives told CL that they had no idea this was coming.

“I attended the HART Board meeting on Wednesday and there was no indication that there would be immediate cuts to what sounds like top level positions within the organization,” HART Vice Chairperson Commissioner Kimberly Overman told CL.

Overman lost her election this week to Republican opponent Joshua Wostal, who will be sworn in on Nov. 22. She has expressed concern that her Republican opponent will not support public transit. Wostal has said on his campaign page that he wants to fix public roads, but that the current commission has tried to “force everyone onto public transportation.” On his campaign page, he railed against the transportation tax. Wostal has not yet confirmed when he will be available for an interview with CL.

Tampa's Metro Rapid bus seat reinstallation will now be finished by February, HART says: If the seats are fully reinstalled by February, that will make it two years since Tampa police requested their removal.

“The handwriting is on the wall that we have little to no resources for supporting transit,” Overman said. “It's likely that the lack of funding will continue, and then it could be that only essential personnel for operations will be retained as long as they're able to be.”

Commissioner Mariella Smith, also a HART Board member, confirmed that she received no heads up that the firings of the top level officials was going to happen, and she thinks board members should’ve been notified. “The failure of the ballot referendum does not change the status quo that we've been operating under for many years,” Smith said.

Smith also lost her election this week to Republican opponent Donna Cameron Cepeda, who has not expressed support for public transit, but said that roads need to be fixed. She said that no new taxes should be used to fund fixing roads. Cepeda has not responded to requests for an interview.

Commissioner Overman said that in the end, if HART fails to get funding, it will be average people and entrepreneurs who suffer.

“It hurts the most vulnerable in our community, along with our businesses that can no longer attract employees because they have no access to transit,” Overman said. “Economically it has real impacts on our competitiveness as a community.”
© 2023 Creative Loafing Tampa Bay