A post from Doc Ford’s Instagram says that its Jungle Terrace location will debut during the second week of December. Joe Harrity, the director of marketing for the restaurant, tells Creative Loafing Tampa Bay that an exact grand opening date isn't set in stone yet.

The casual, Florida-based restaurant chain is known for its waterfront views, large outdoor patios, seafood-focused menu, and of course, an extensive cocktail selection.

A few popular entrees from Doc Ford’s include macadamia nut-crusted grouper, banana leaf-wrapped snapper and baby back ribs, while options on its shellfish bar include shrimp cocktail, raw and baked oysters and peel-n-eat shrimp by the half-pound dressed in butter, Old Bay and fresh key lime juice. Soups, salads and sandwiches make up the lighter fare on Doc Ford’s large menu.

And while fruity rum drinks are certainly the stars of its cocktail menu, this waterfront restaurant also sells a variety of margaritas, bloody marys, mojitos, mules, beer and wine.

Jungle Terrace’s Doc Ford’s restaurant is adjacent to Boca Ciega Bay, as its nautical customers are welcome to park their boats at one of its eight transient slips. The 6,750-square-foot restaurant will be able to sit 320 patrons on both of its floors. And don't worry, there's a bar on each level.

"This restaurant is a different style than the one on the St. Pete Pier I would say. This Jungle Terrace location is an old fashioned stilt building, and has the character that our Ft. Myers location has," Harrity says. "The pier is definitely more modern."

In summer of 2021, CL reported that Doc Ford’s second St. Pete restaurant was slated to open before 2022, but renovations on the former Green Iguana—which closed a decade ago— have postponed it. Doc Ford’s parent company, HM Restaurant Group, purchased the building for $34.5 million in the spring of 2020. 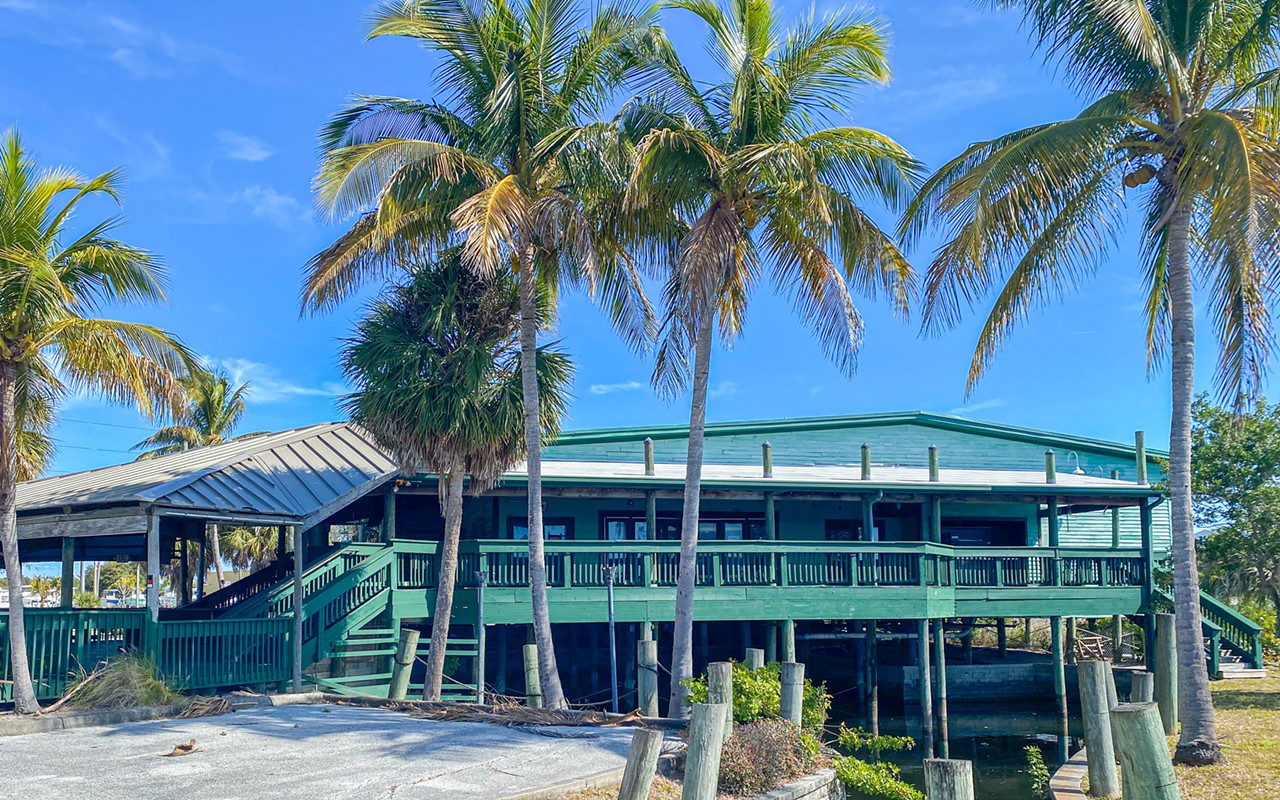 Both the Ft. Myers Beach, Captiva Island and Sanibel Island Doc Ford’s locations sustained serious damage after Hurricane Ian. Harrity says their Captiva Island location is permanently closed, while its Sanibel restaurant is slated to reopen before the end of the year and its Ft. Myers Beach eatery will be rebuilt by spring 2023.

Since those two restaurants are temporarily closed, the only other Doc Ford’s location in Florida is on the St. Pete Pier, alongside its soon-to-open Jungle Terrace restaurant.

For more information—like its highly-anticipated grand opening date—head to @docfordsjungleterrace on Facebook. After next month's debut, it will boast the same hours as its sibling restaurant on the pier, and will be open from 11 a.m.-10 p.m. every day.
© 2022 Creative Loafing Tampa Bay