A quadruple dome home along Florida' "Forgotten Coast" is now for sale.

Located at 9030 Auger Ave., in Port Saint Joe, this particular Monolithic dome home is nicknamed "Golden Eye," and is actually four domes conjoined into a caterpillar-shape to best make use of the narrow lot.

The dome home was built in 2015, and is currently owned by Margaret Clayton, who told the Monolithic Dome Institute that when Category 5 Hurricane Michael came ashore in 2018 at nearby Mexico Beach,  Golden Eye survived with only a small hole in one of the domes.

"I watched the neighbor house explode and saw trees twist and fly apart," said Clayton in a letter. "Debris pounded the dome viciously. My hurricane windows were fractured but held so no rain entered. My large hurricane garage door held, but was a bit bent at the bottom as it faced the full force of the hurricane. All the homes around me were destroyed or are uninhabitable."

"Except for the transformer and a board which wedged in the dome — like a spear or javelin — GOLDEN EYE is fine," she added."

Unlike "Yaca-Domes" or geodesic domes, Monolithic domes are built with steel-reinforced concrete and inflatable Airfoam, which according to the designers makes these structures more energy efficient and more resilient to natural disasters.

The 2,328-square-foot Golden Eye comes three bedrooms and three bathrooms, as well as update appliances, a screened-in porch, an observation deck, and a lot that's only one block from the sand.

Golden Eye is currently asking $775,000 and the listing agent is Billy Joe Smiley of Port Realty Group.
Scroll down to view images 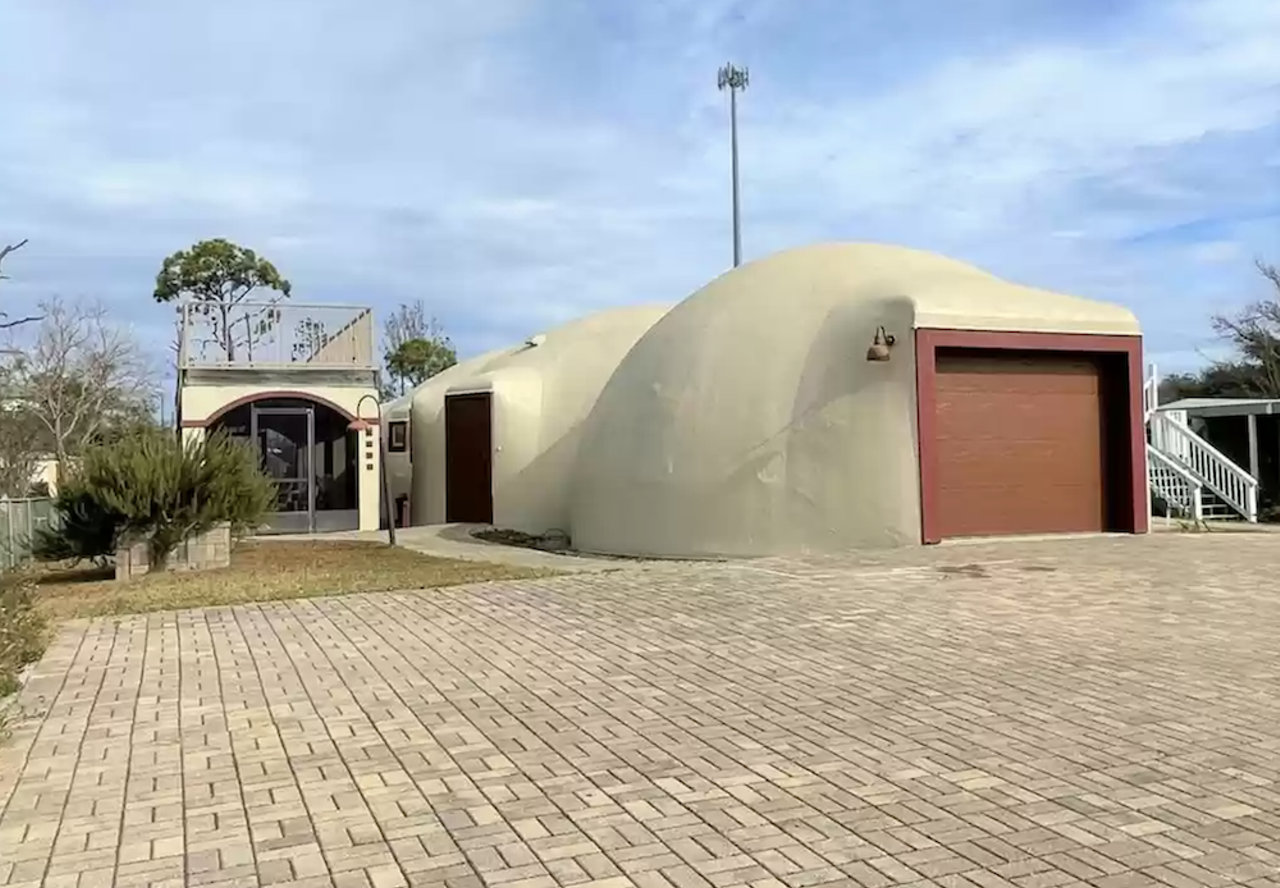 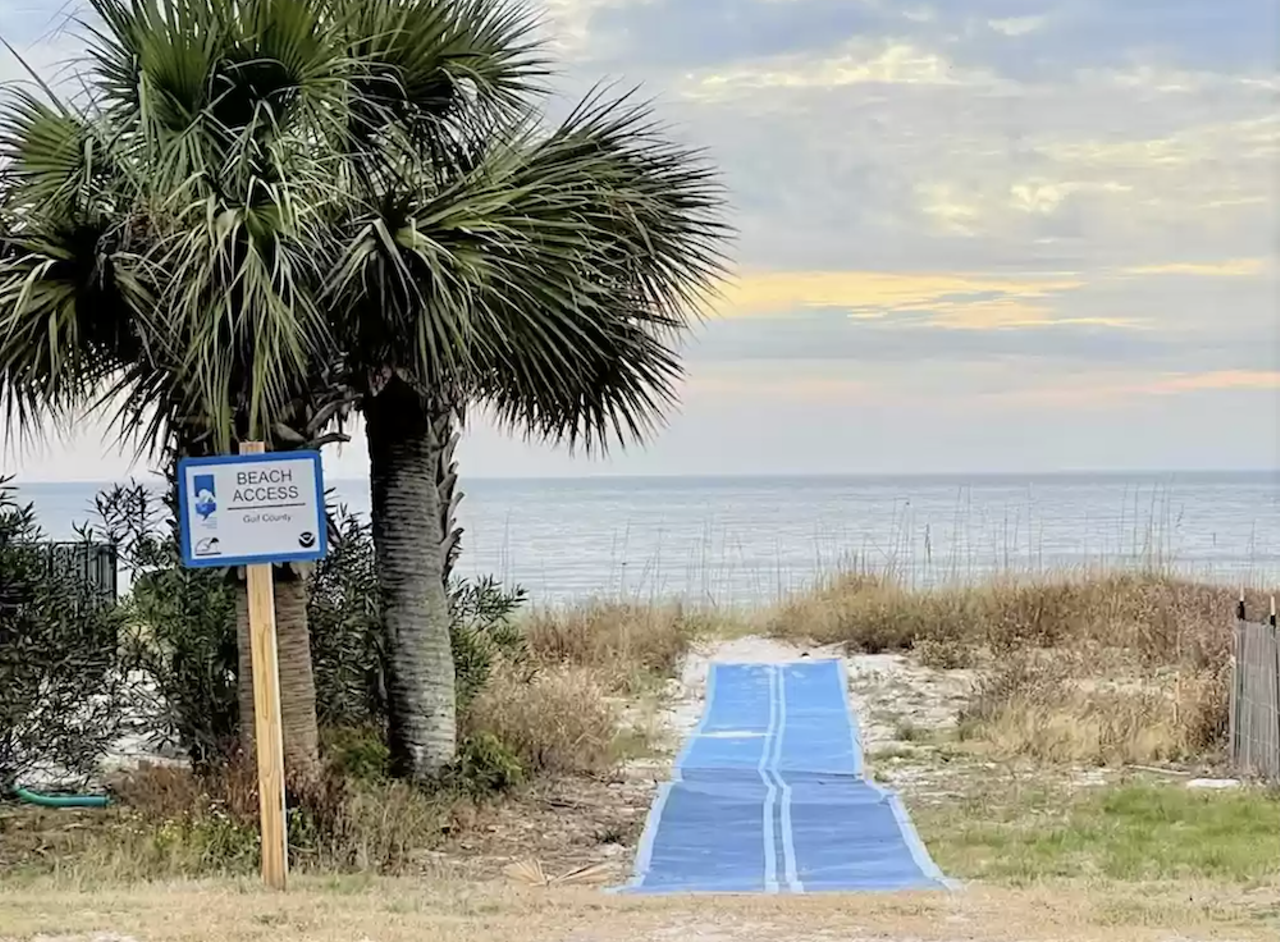 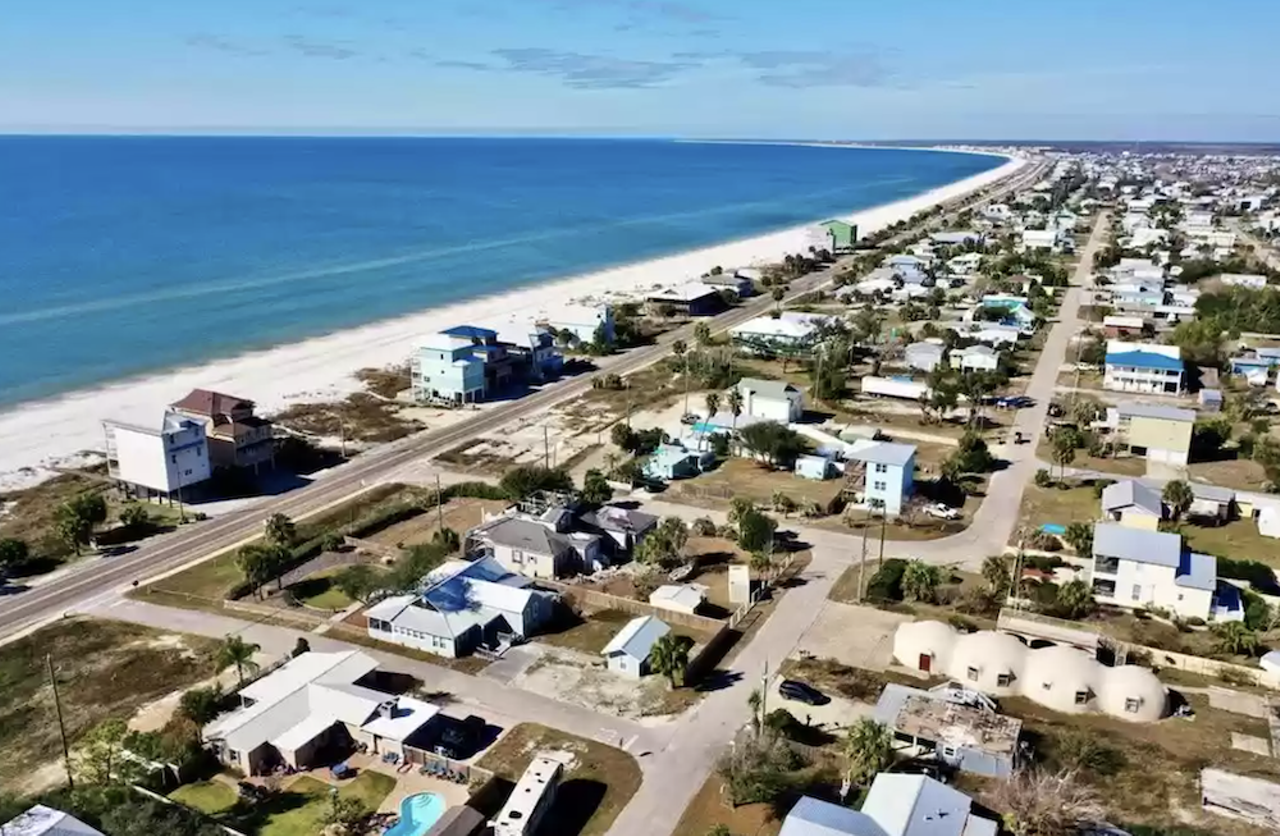 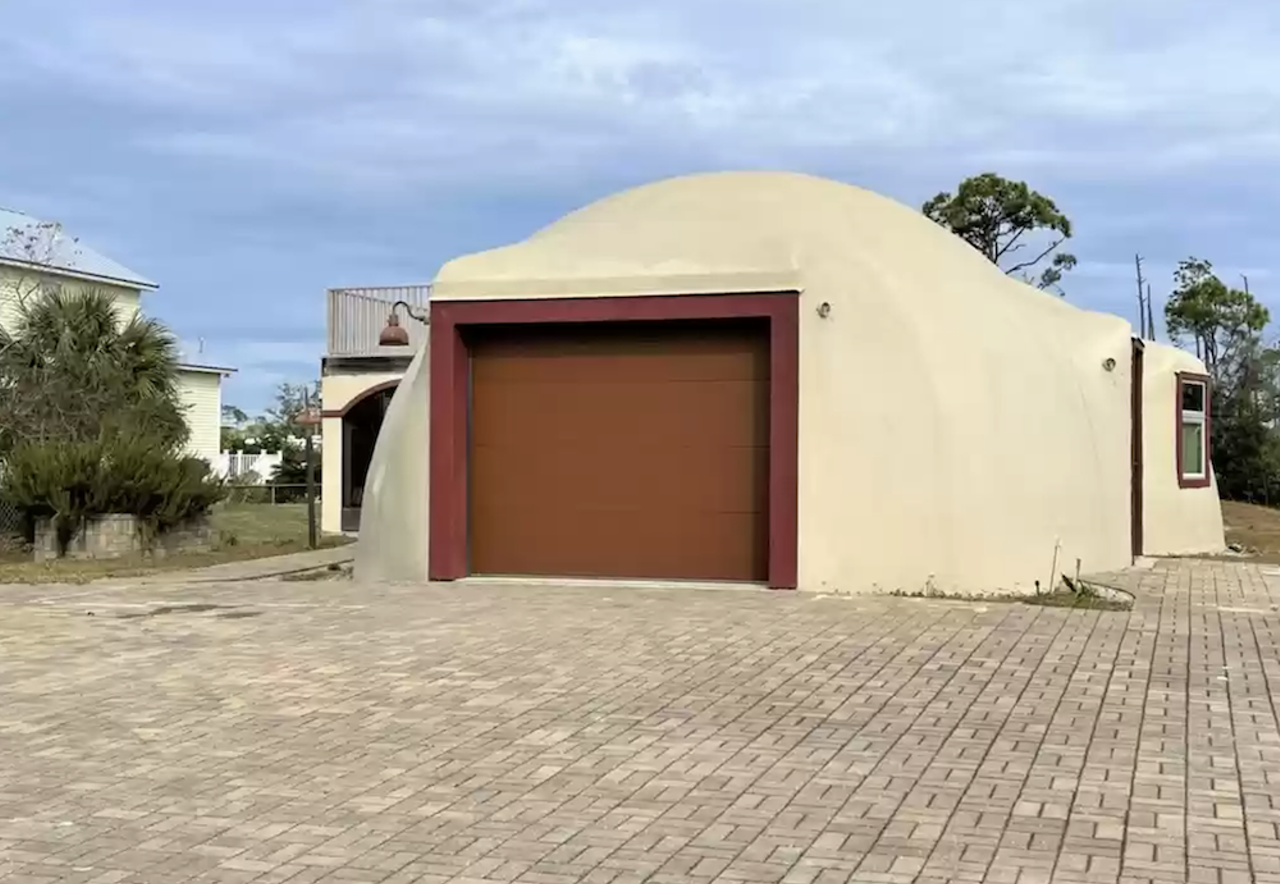 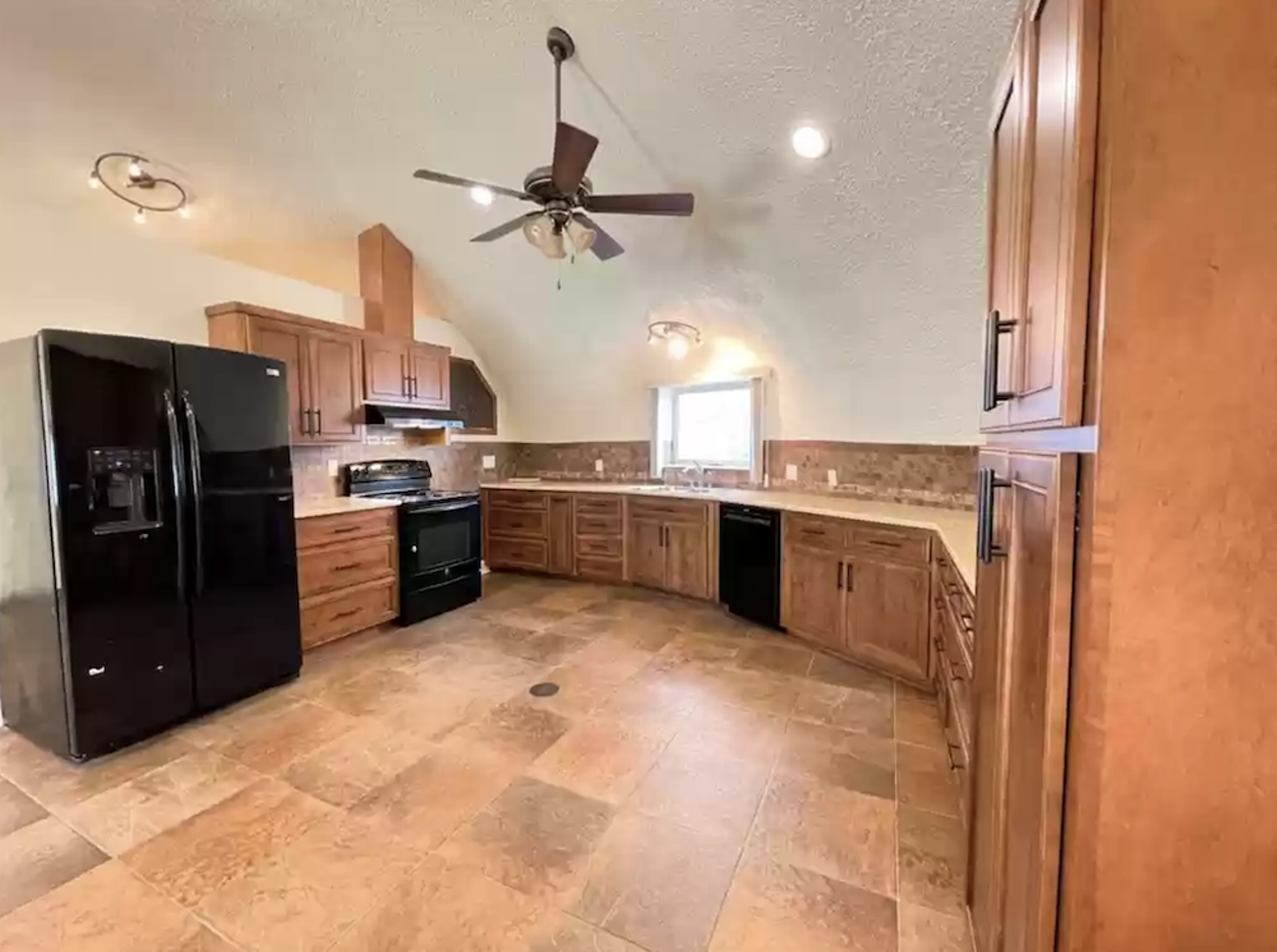