A rare Monolithic dome home is now for sale in Florida

A very Epcot looking home is now on the market in Florida.

Located at 634 Silvershore Dr. in Pensacola, this Monolithic dome home was built in 2007 by Bill Magenheimer and his wife Margo after their previous home was destroyed by Hurricane Ivan.

"We got married after Hurricane Ivan and we went to dome school for our honeymoon," said Bill in a 2006 article for the Pensacola News Journal.

While rarely built in Florida, dome homes are actually pretty ideal for the state's climate because they're energy efficient, they can withstand extreme temperatures and they're designed to deflect hurricane-force winds.

Though round and odd looking, Monolithic domes are slightly different than "Yaca-Domes" or geodesic domes, and are built with steel-reinforced concrete and inflatable Airfoam, which according to the designers makes these structures more energy efficient and more resilient to natural disasters.

"If (the dome home) fails it will be a catastrophic failure, which I think is better than losing a chunk of it," added Bill.

Well, so far it hasn't been failure and has stood up to many storms since its completion, including Category 2 Hurricane Sally in 2020.

The three story, 3,000-square-foot dome home comes with three bedrooms and four bathrooms, as well as 30-foot high ceilings, and it's own sandy beach with views of Bayou Grande.

The current asking price is $1.3 million, and the listing agent is Bill Dyess of Avast Realty.

Currently there's just one other Monolithic dome home on the market in Florida, and it's a quadruple dome home called "Golden Eye.'
Scroll down to view images 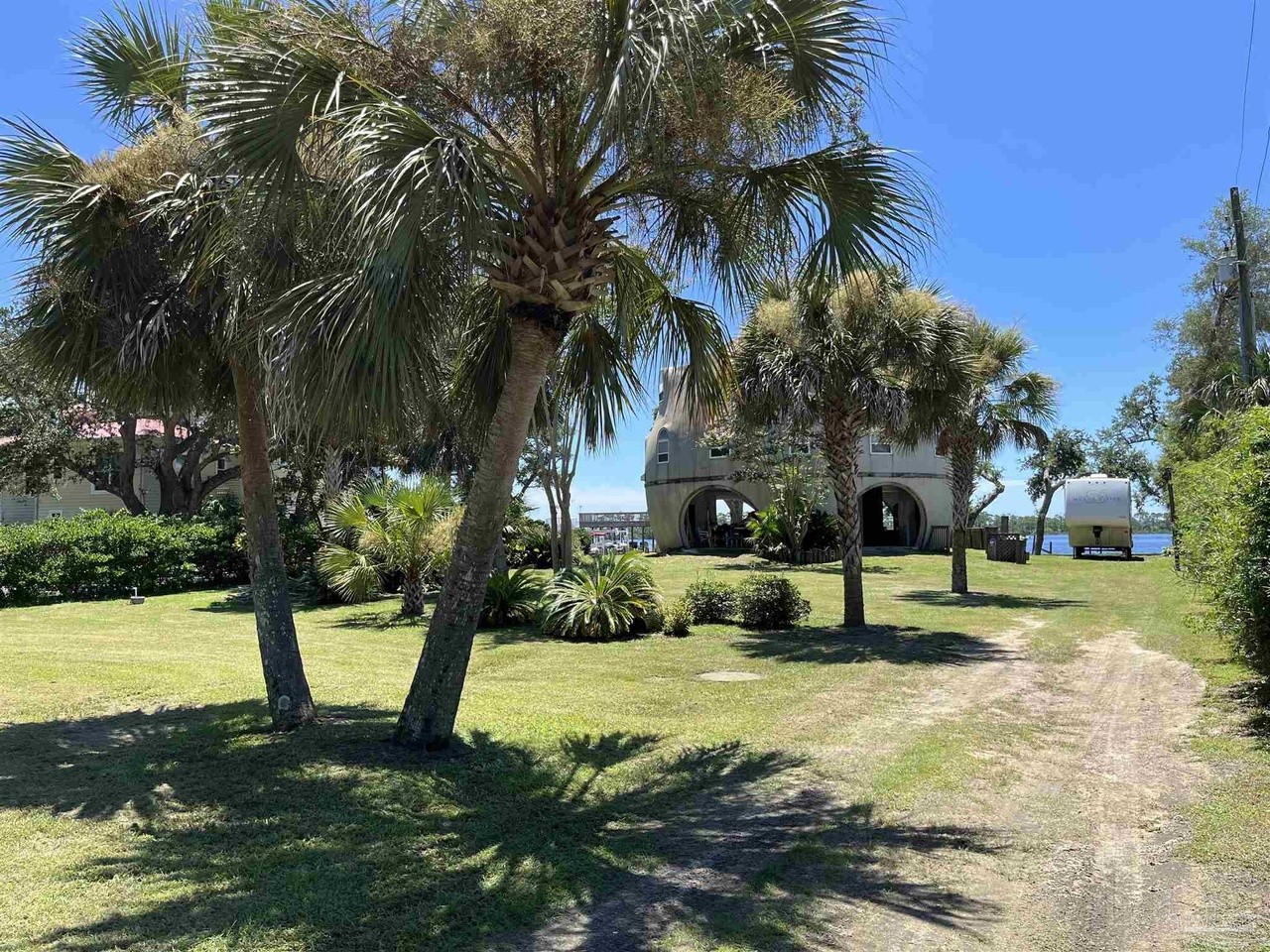 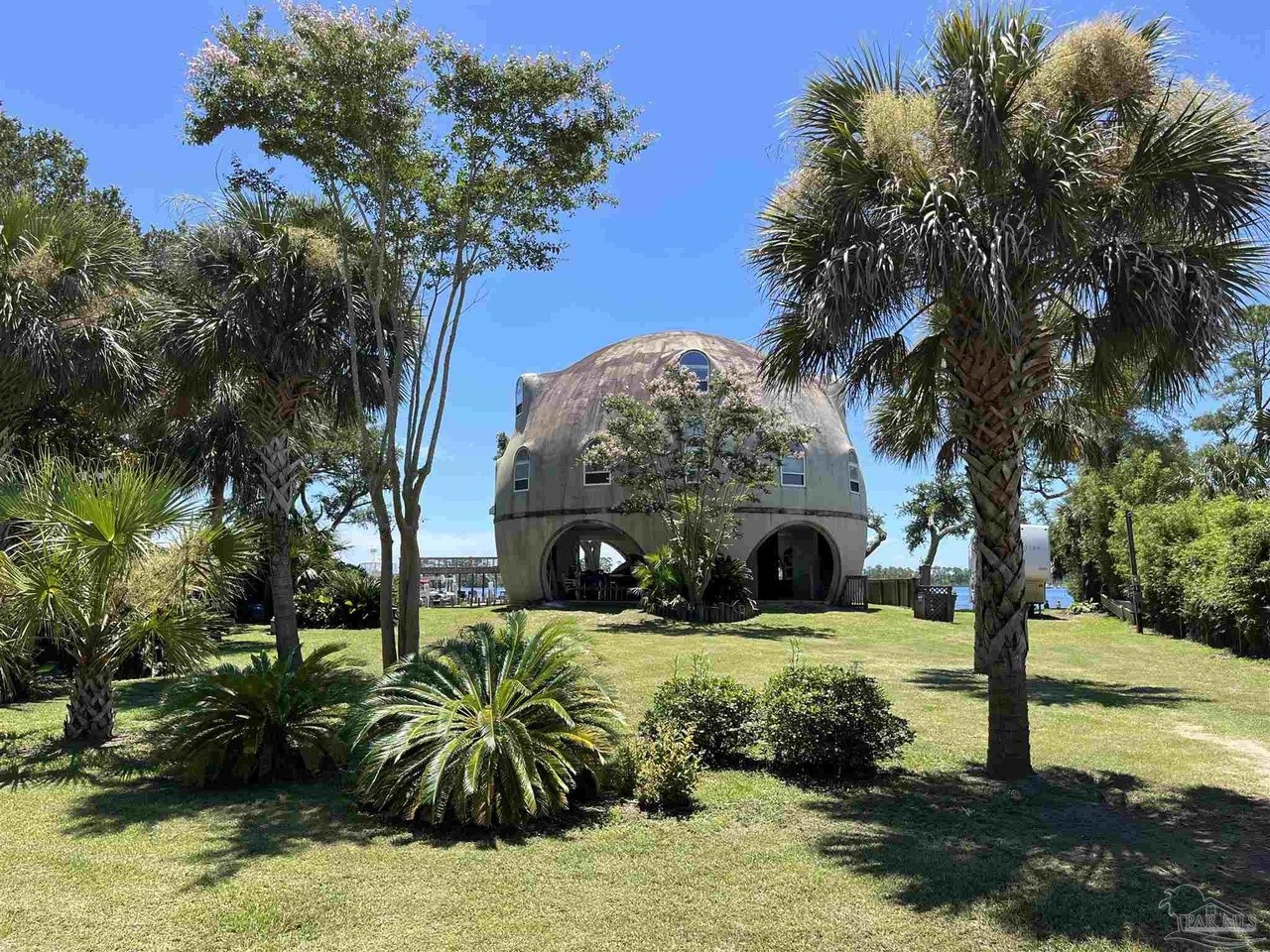 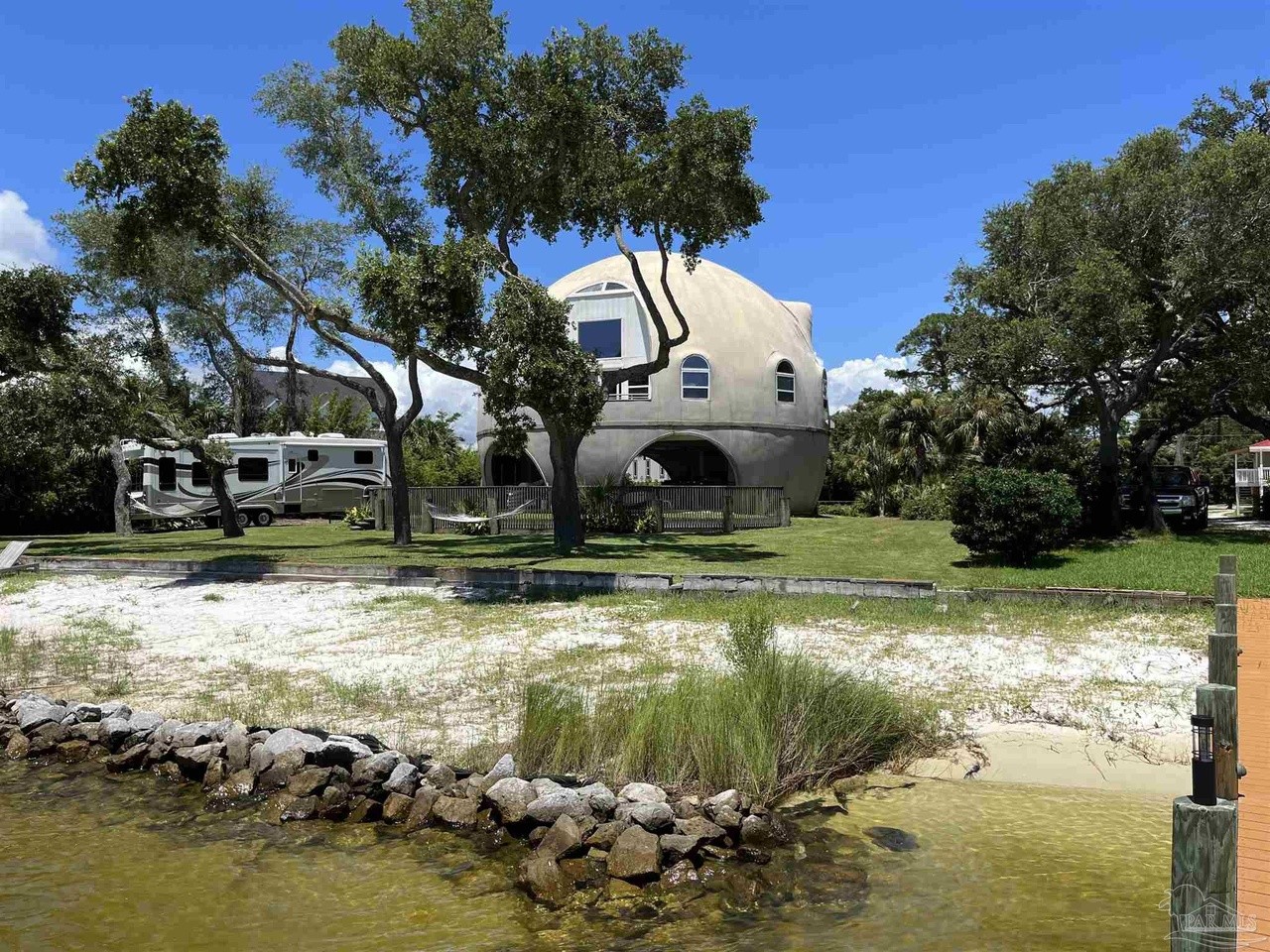 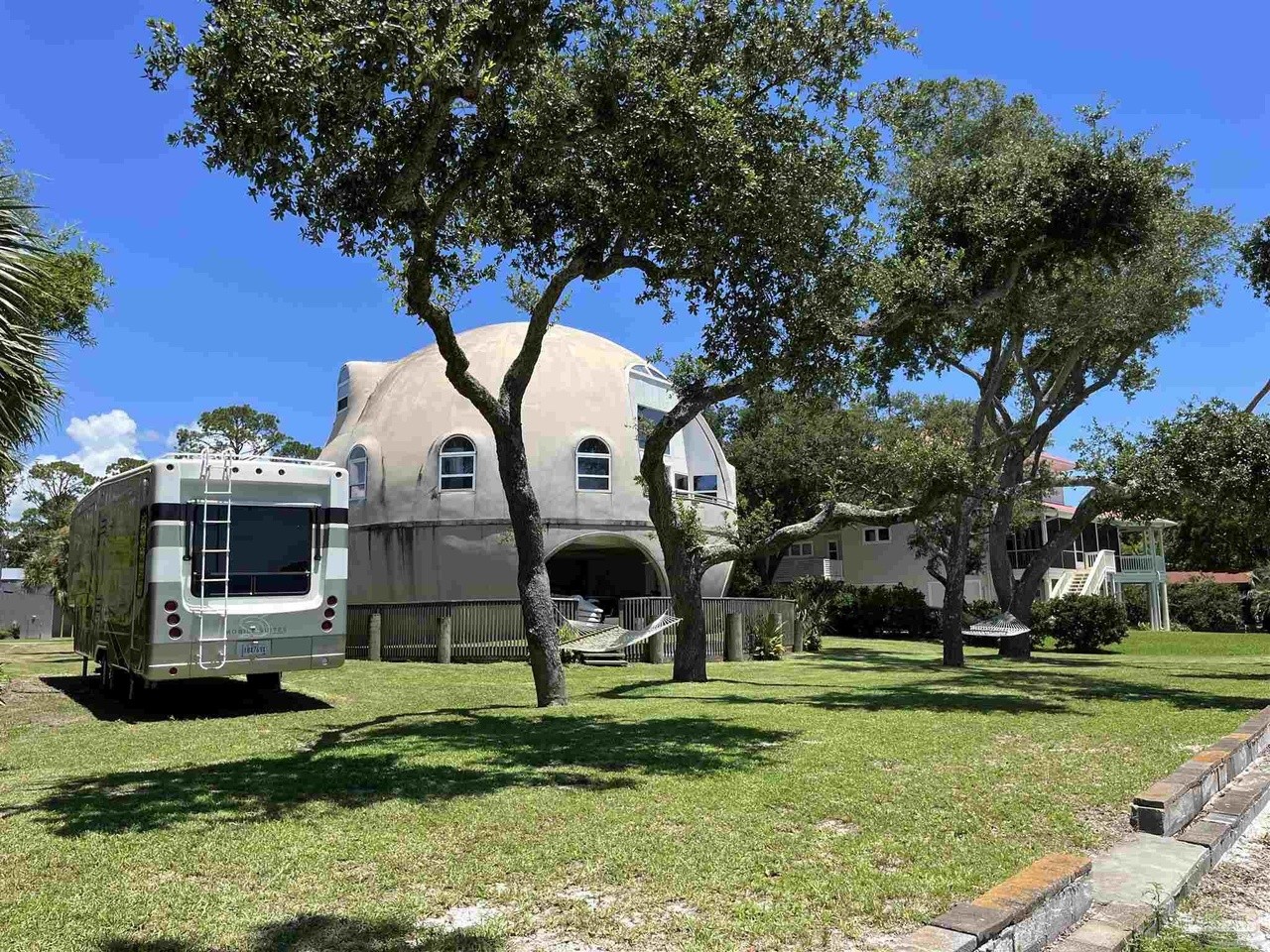 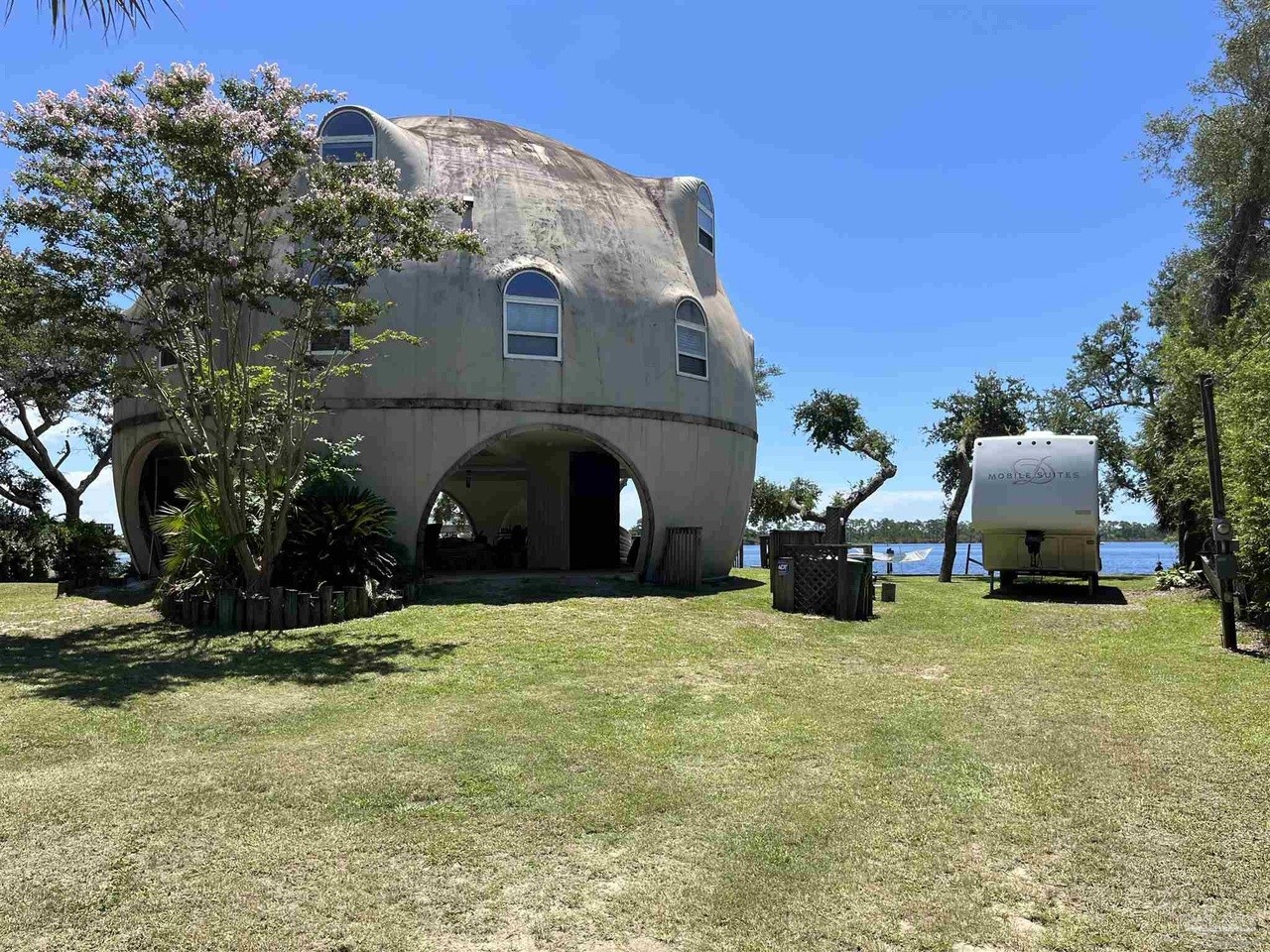