All the pirates and party people we saw at Gasparilla 2022

Not even Tom Brady could ruin the party on Saturday, as hundreds of thousands of people descended upon Tampa's Bayshore Boulevard and downtown for the first Gasparilla parade of the pandemic era.

And it might have been one of the coldest Gasparilla's on record, but Creative Loafing Tampa Bay photographer said, "People were treating each other nicely today."

Even Tampa police only arrested five people, with the Florida Fish and Wildlife Commission only issuing boaters five BUIs. The only missing child was reunited with their family, too.

"People seemed happy. The sun was shining. People were smiling. Simple stuff," Decker added. Here's all the guyliner and party people we saw.—Ray Roa
Scroll down to view images 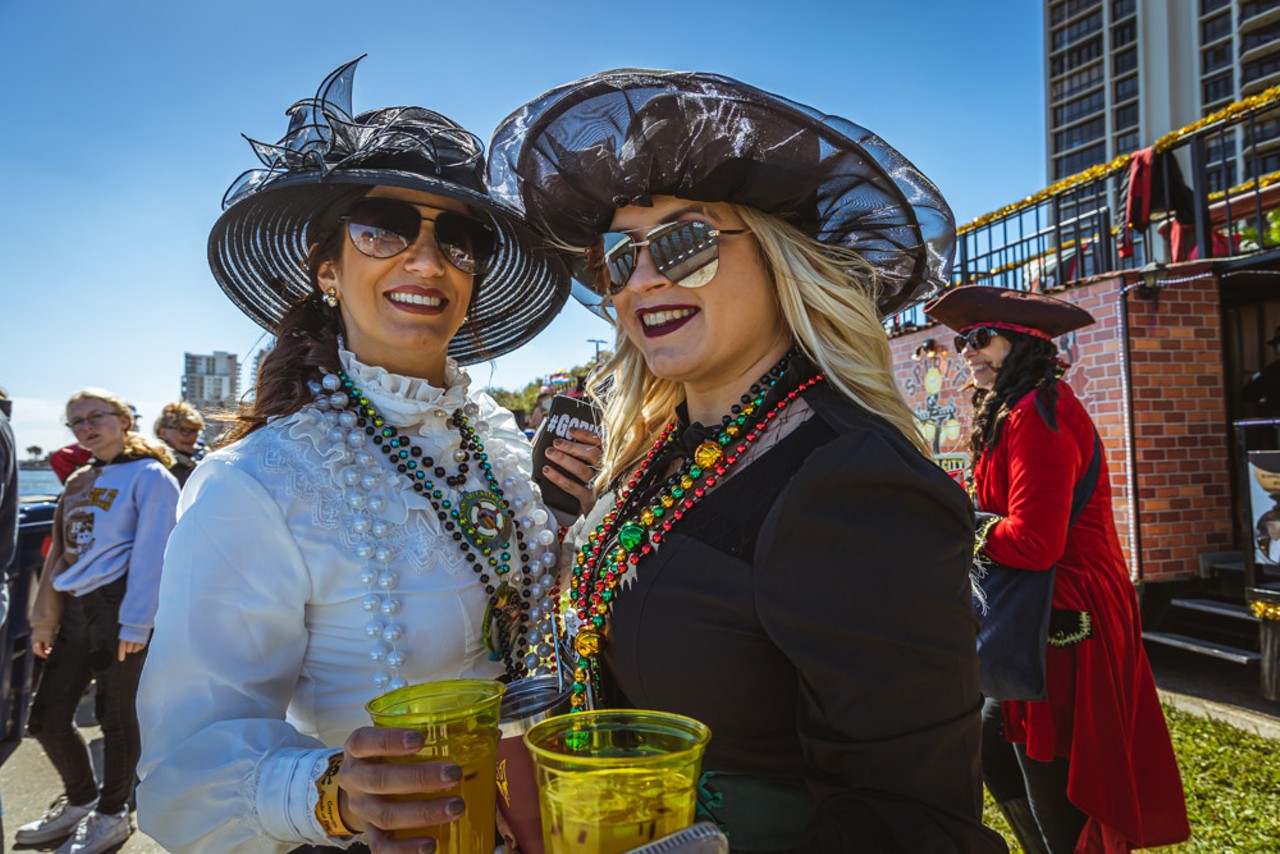 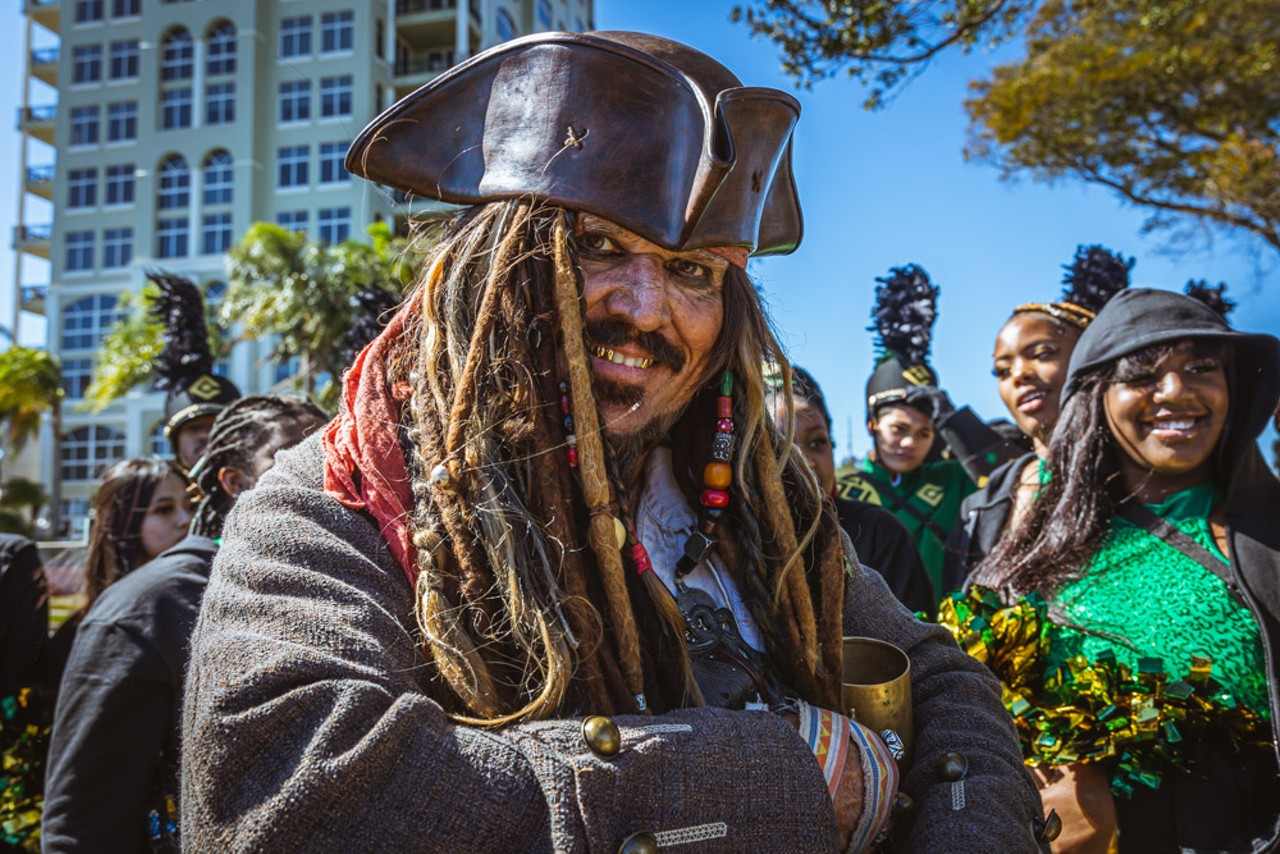 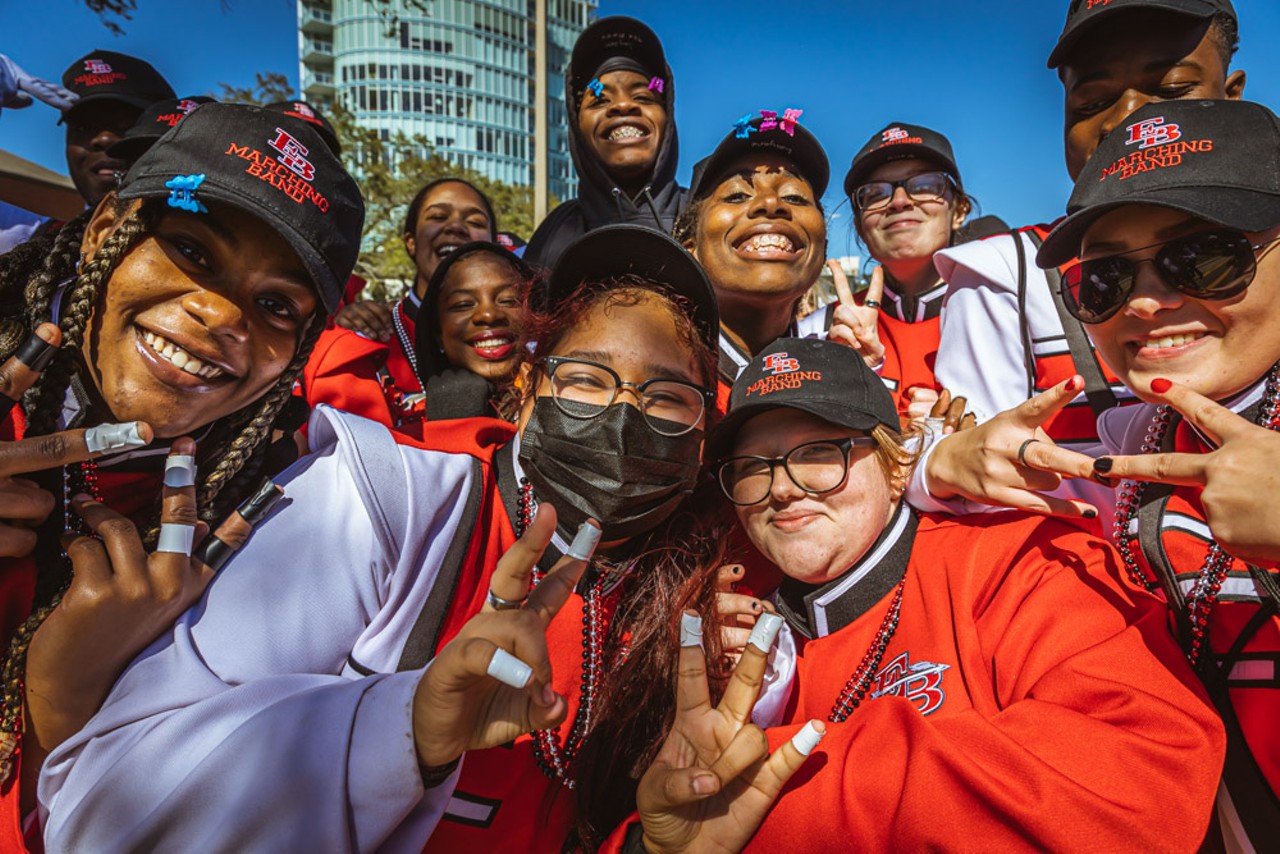 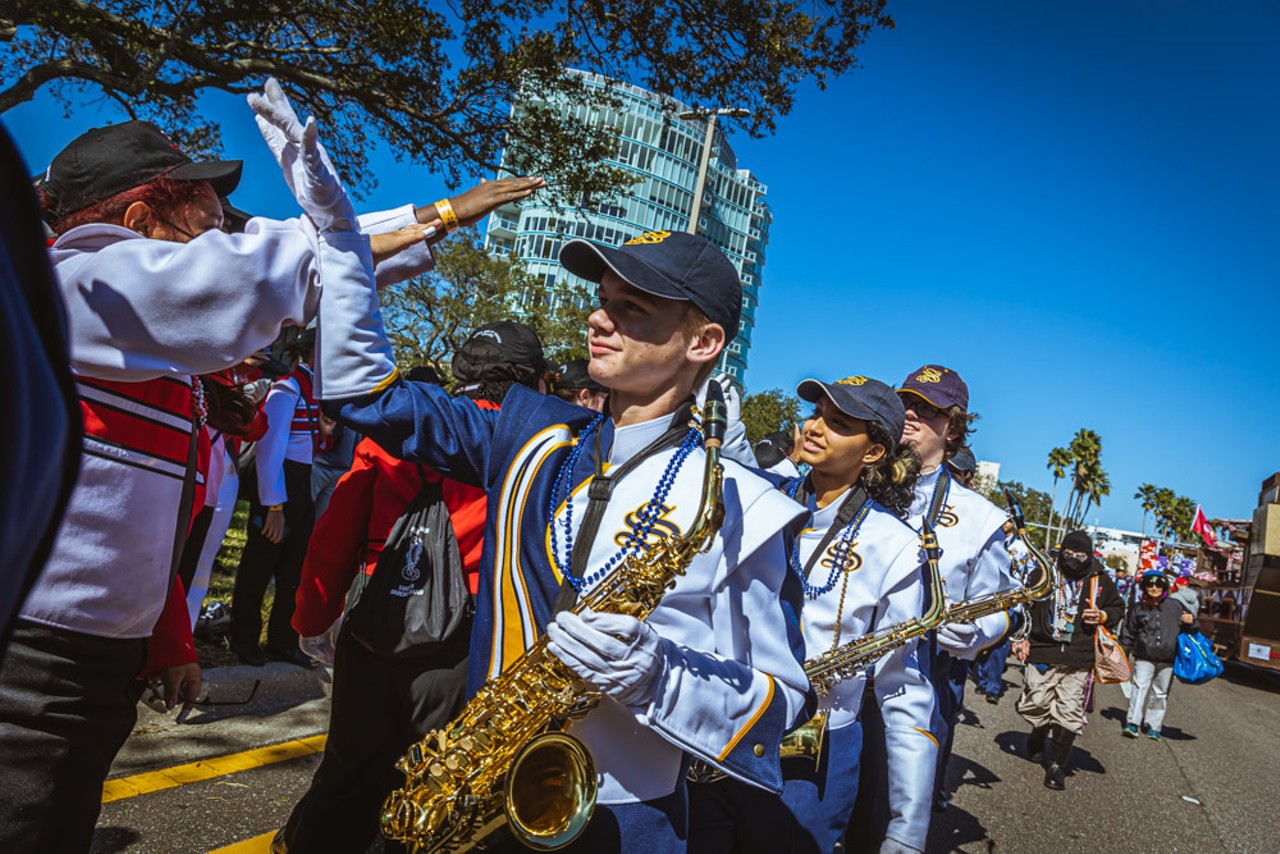 For more than a decade, Creative Loafing Tampa Bay has raised more than $250,000 for local Tampa Bay area charities through our… 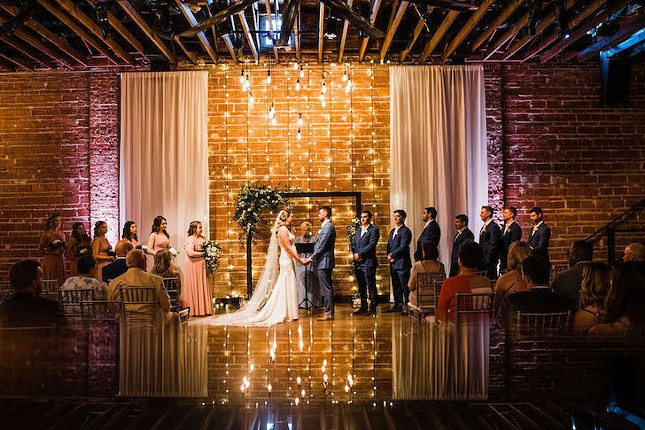 The holidays are upon us, which means it won't be cold, but there will be millions of twinkly lights, and Tampa Bay… 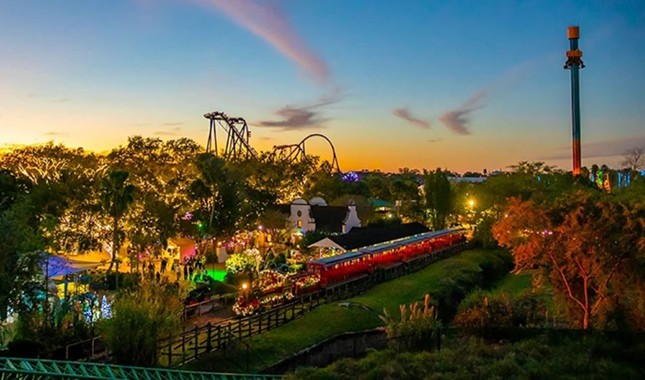 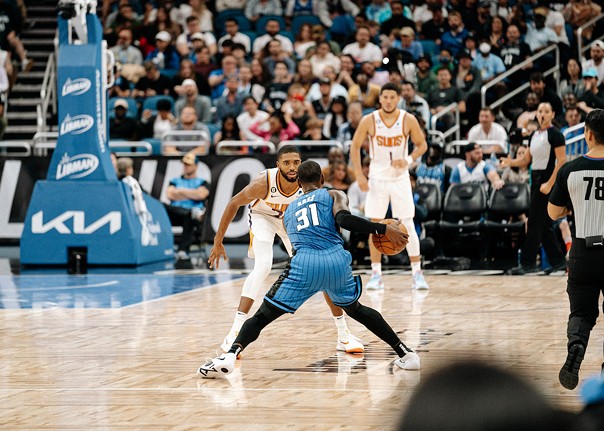 The Tampa Museum of Art will soon open the new exhibition “Time for Change: Art and Social Unrest in the Jorge M.… 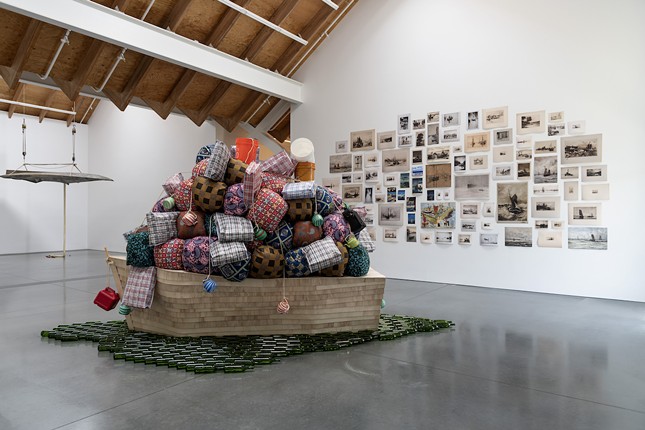 You should probably stick together, for survival, at this one. Tampa Bay “Jurassic World” fans can now go prehistoric for a three-day… 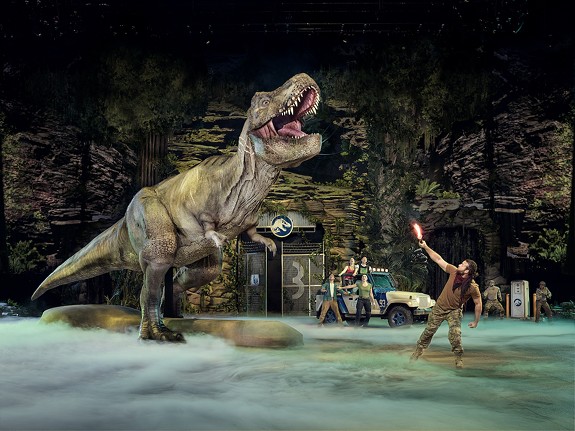 Everyone we saw in Ybor City on Halloween night

Across Tampa Bay, kids and their parents took to the streets in search of treats on Halloween night, but as usual all… 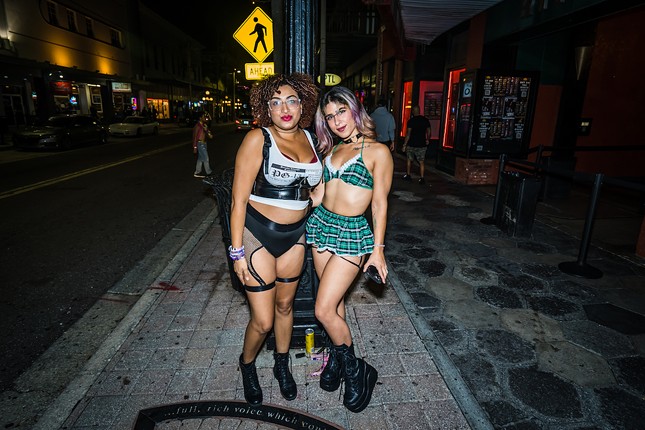