An altercation outside allegedly led to the arrest of a counter-protester in the parking lot, but attempts to verify the arrest via emails and calls to New Port Richey Deputy Chief of Police Lauren Letona have yet to be returned.

WMNF reported that 53-year-old pro-police protester Jason Duckworth was charged with simple battery and taken to Land O’Lakes jail after he approached Black Lives Matter protesters outside city hall and threw one protester to the ground.

During a nearly hour-long segment of the meeting meant for items not listed on the agenda or listed on the consent agenda, Marlowe heard from constituents concerned about a myriad of issues including the city’s soft approach to policing Proud Boys, its handling of Black Lives Matter protests and the fear local activists live in every day.

“We are hurt,” Shinikki Whiting told Marlowe and the council body. She went on to say that the presence of pro-police counter protesters in the hallways and “blatant racism” in the city led her to address the council. “We are continuously threatened on social media, and I hate to say it but honestly, mayor, these counter protesters wouldn't be here if you hadn't made the statements you've made on social media."

Whiting was referring to allegations that counter-protesters have followed BLM activists home and harassed them.

Another activist, a Black woman, was moved to tears as she showed a photo of Jonathan Riches outside of her home. Riches, an online troll and convicted felon who was once a moderator of “Pinellas County Crime Watch,” a pro-police Facebook group where members have literally called for violence against Tampa Bay protesters, recently changed his Facebook profile photos showed him kissing a Black baby doll; the cover photos shows intertwined Black and white hands with the text “Jungle Fever.”

Whiting was also referencing statements Marlowe allegedly made in regards to BLM activists. Marlowe has been accused of referring to activists as “these people.” The mayor also opened a Feb. 2 council meeting by asking those in attendance to join him in honoring “ … the Black… uh… Month we have in February.”

One speaker, James Washington, told Marlowe he was going to read back some of the mayor’s words, to which Marlowe replied, “if this is another attack, you are out,” referring to decorum protocols the council laid out to start the meeting.

“These are your words… I am not attacking you, sir,” the speaker said before adding that Marlowe has said:

• “Black Lives Matter extremists deserve every bit of scorn and duration that hold their way.” • “They are being asses.” • “They don't come with any constructive ideas, and they don't want to listen.”

Washington pointed out that several speakers in the Feb. 16 meeting did express a desire to listen and to work with city officials. He mentioned how he’s asked for a community task force.

“Nothing's been done,” Washington added. “This will be the third time I've spoken in front of this committee. Other people have spoken a lot more than I have… yet we’re still fighting the same fight.”

The council did hear from a handful of pro-police community members including one self-professed patriot who referred to activists as “uneducated” on the real meaning of Black Lives Matter, a pro-Trump motorcycle group founder, plus one Black business owner who rebuffed the idea that members of city leadership were racist. Mayor Marlowe told CL he would not comment on the meeting.

In a statement to CL (see full text below), Nina Boneta, an activist who spoke at the meeting, said activists showed up to  "address the mayor in the New Port Richey police department for targeting us and for all the injustices that we faced over the summer." She added that Tuesday saw “the entire governmental structure of New Port Richey put its reactionary stance on full display,” adding that the local BLM movement has conceded and acquiesced to every demand made by council.

“We have marched silently, attended a workshop (no follow-ups were scheduled, despite the assurances of the City Manager that they would be), talked to people in positions of authority. We have begged, cajoled, and pleaded. We have done everything they asked, and still, they continue to show disgraceful behavior and attitudes towards us,” Boneta wrote.

“We came to City Council, as requested by City Council, to speak about the injustices we face in NPR, and to call out the people at the top who make and enforce these policies. Reactionary right wing forces also showed up, for no reason other than to be contrary toward us, and express support for those we criticize.”

She countered those who allege BLM of speaking too loudly by saying the movement has to because “the city has proven itself deaf to our cries.” —Ray Roa

We have conceded and acquiesced to every demand made of us by the City Council. We have marched silently, attended a workshop (no follow-ups were scheduled, despite the assurances of the City Manager that they would be), talked to people in positions of authority. We have begged, cajoled, and pleaded. We have done everything they asked, and still, they continue to show disgraceful behavior and attitudes towards us.

We came to City Council, as requested by City Council, to speak about the injustices we face in NPR, and to call out the people at the top who make and enforce these policies. Reactionary right wing forces also showed up, for no reason other than to be contrary toward us, and express support for those we criticize.

A number of our people got involved in a physical confrontations when an unknown male strode through our gathering and straight towards me, while having a whole parking lot to maneuver around. This assailant threw one of our people to the ground when they stepped between us.

The police escalated the situation immediately and consistently, by brandishing various weapons and repeatedly suggesting to commanding officers that the assembly should be deemed "disorderly." The Chief of Police himself flashed white power signs at a camera 4 times when asked how many of his officers were at the Capitol on Jan 6.

It breaks our collective heart to see that New Port Richey is committed to being on the wrong side of history. It is profoundly disappointing that the entire establishment chooses to indulge white supremacists and suppress any calls for equality or justice or accountability.

BLM Pasco remains committed to exposing the racists in NPR who have been able to don a mask and hide in plain sight. We remain committed to calling out the abuses of authority, the unjust and unequal applications of the law, and the foul behavior of NPR. We refuse to be gaslit, or to have the blame for these reactionary incidents and policies laid at our feet.

Above all else, BLM Pasco remains steadfast in our resolve to continue to fight against injustice and oppression of marginalized people everywhere.

To those who criticize us, that we are too loud or confrontational or rude, we say this:

"Nobody in the world, nobody innhistory, has ever gotten their freedom by appealing to the moral sense of the people that were oppressing them." 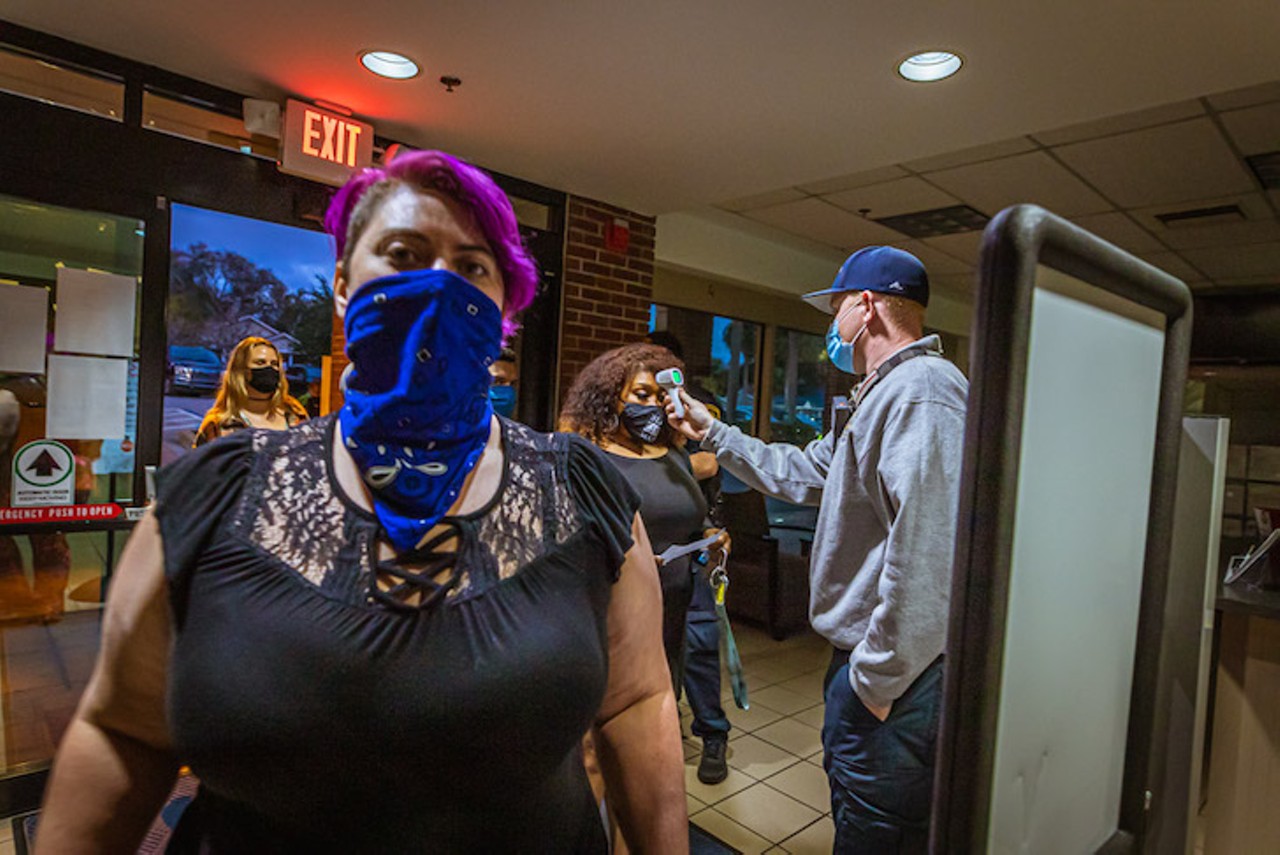 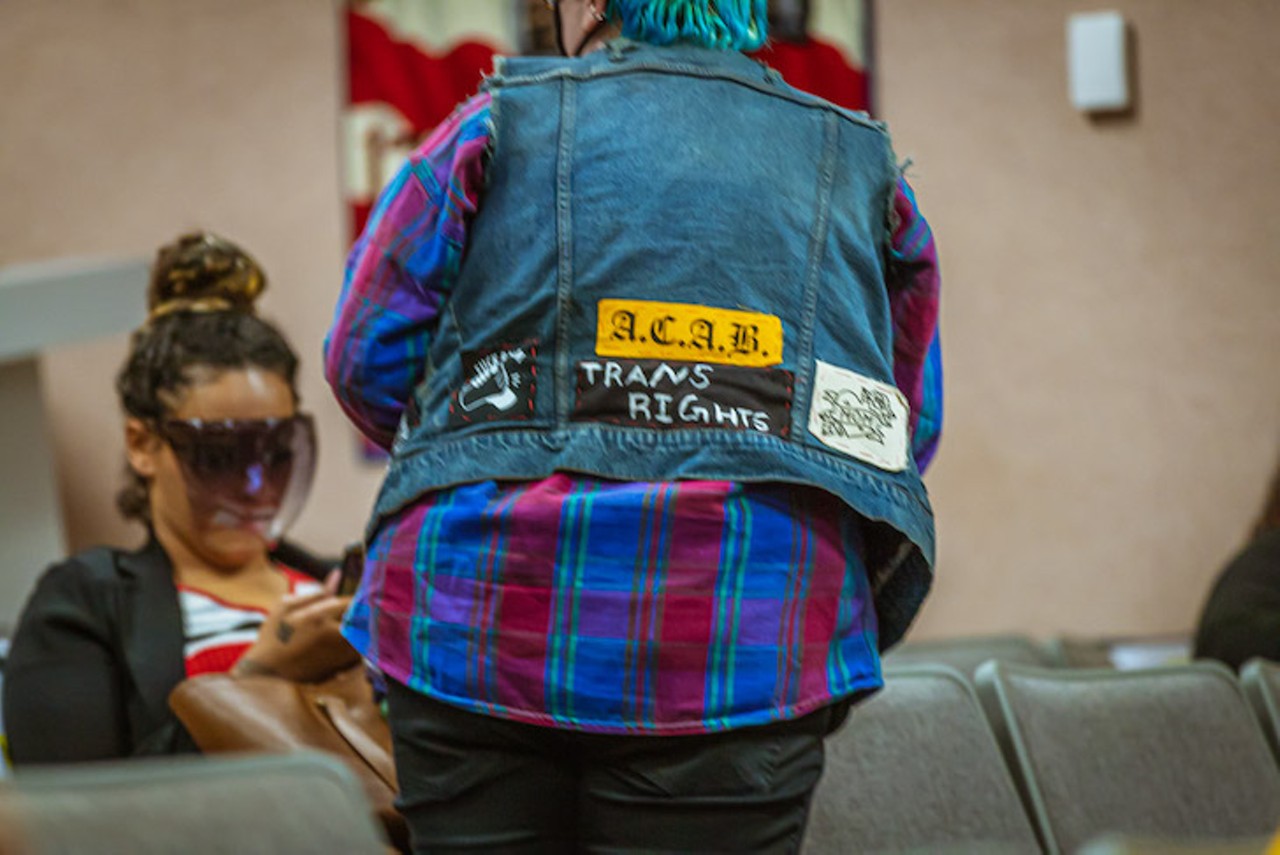