I thought I was ready for a big concert. I hadn’t been to anything on a grand scale since Gasparilla Music Festival in March 2020. Turns out everyone at Chris Stapleton’s Tampa show was ready. Everyone but me.

Starting off the MidFlorida Credit Amphitheater show was country rocker Kendell Marvel. There were some people enjoying the Southern Illinois singer-songwriter, backed by  a full, high-energy band, but his set mainly served as a backdrop to people finding their seats or waiting in the not-so-bad beer lines. (I chose to wait for a Questlove Impossible Cheesesteak—a veg version of the Philly classic—which was really freaking good.)

Next up was pop-rock singer Sheryl Crow who started to fill in seats. I thought I didn't know a lot of her songs but then I knew all of the words to every song she played except “the new one.” It was an hour-long “best of” set from all stages of her career which included the 28-year-old single “Leaving Las Vegas.”

During “My Favorite Mistake,” a Vintage Vibe-style keyboard she was playing malfunctioned and she had to play from the back of the stage—without a beat lost.

Crow appeased the crowd and leaned into her country side, jumping from guitar to harmonica, wearing fringed pants, a leather vest and really over-playing the lyrics in the anthem “Real Gone” from the Cars soundtrack. “I was born in the south, sometimes I have a big mouth,” the Missouri-born Grammy-winner sang to the cheering crowd.

It was a fun singalong but there was something muffled about the sound—it seemed distorted and too loud, at least from where I was sitting. A friend sitting in the lawn section thought she “sounded amazing.”

Either way, Crow’s “All I Wanna Do is Have Some Fun” vibe encapsulated what the packed crowd was there for. People were dancing, drinking and singing without a care, and hardly a mask, in the world. I, however, had a hard time getting out of my “we’re still in the middle of a pandemic” head.

When we first got to our seats we had some breathing room. But closer to Chris Stapleton’s set, maskless people surrounded and invaded my safe zone. Besides the employees of MidFlorida, I counted seven people with masks on—seven in a crowd of a packed venue that holds 20,000.

I tried to keep an open mind and hoped most people were vaccinated and were just now letting loose after being safe for a long time. I felt out of place masked up the entire time and the woman wearing a shirt that said “The next wave of covid is Communism” didn’t help my paranoid insecurity. (Still trying to wrap my head around that one.)

Stapleton’s emotional start got me out of my head. His voice, presence, and guitar were the only things needed to fill the large stage during the opener “Whiskey and You.”

The whole band came out for “Nobody to Blame” including his songwriting and back-up singing wife, Morgane Stapleton. Love oozed from the couple, who’ve been married since 2007 and have five children. They gazed into each other’s eyes on stage while singing, and coyly smiled in between breaths. I’ll have what they’re having.

The stage was beautiful, looking like The Police’s Zenyatta Mondatta album cover, lit magically with a giant triangle in the middle. Lights moved from reds to blues to greens—it was an epic sight.

Though I felt out of place in the crowd, I felt a connection with Stapleton. He grew up in Kentucky, within a family of coal miners. I’m from southern Ohio, a family of steel workers. Many of my regrets in life were also whiskey based—though I have long given up the booze.

The fifth song, “Starting Over,” is my favorite, off the 2020 album of the same name. It’s a song for moving forward during hard times but hearing the hopeful lyrics “This might not be an easy time. There's rivers to cross and hills to climb” felt lost to me in a crowd that seemed to have forgotten we really aren’t very safe at this moment.

The night was filled with heavy rock tunes (“Devil Always Made Me Think Twice”), country jams (“Broken Halos”) and always-emotional and goose-bump inducing songs like “Fire Away” and “Cold.” He even got into a little “Free Bird,” but just the tip, before going into “The Devil Named Music.”

When performing, Stapleton doesn’t move around a lot. His body is an anchor to transcendent Southern soul vocals—if he doesn’t stay grounded he might just fly away.

Stapleton was first a songwriter, writing hits for Kenny Chesney and Joss Stone, among many, so it’s ironic that the song that  made him big was David Allan Coe’s “Tennessee Whiskey.” Let’s just agree to give the song over to Stapleton because is anyone should be canceled over his racist past, it should be Coe. The hit was the last one Stapleton played before the encore, which I did not stay for.

You get lost in Stapleton’s music and especially his voice. You drink whiskey and think about love and life and forget about your problems. Everyone at the show was able to do it, and though Stapleton had me there for a bit, because damn he’s just so good, I’m just not quite that ready yet.—Stephanie Powers

Photos by Tracy May https://photos.cltampa.com/tag/tracy-may/?slide=1
Scroll down to view images 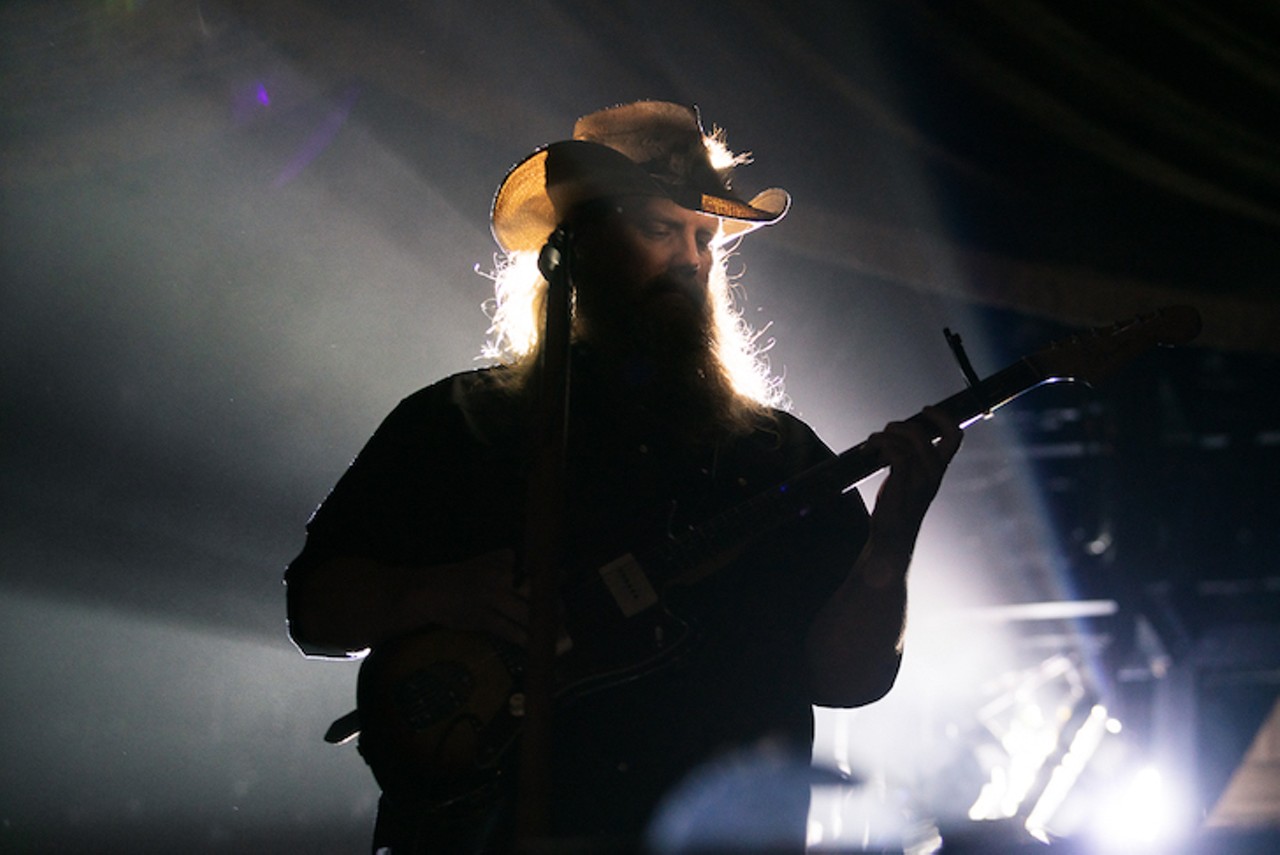 Despite visiting Tampa Bay on his last two tours, Texas soul songwriter Leon Bridges took a pass this time and instead brought… 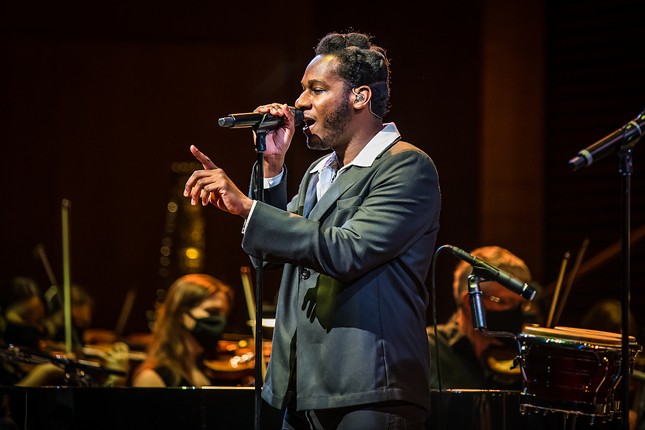 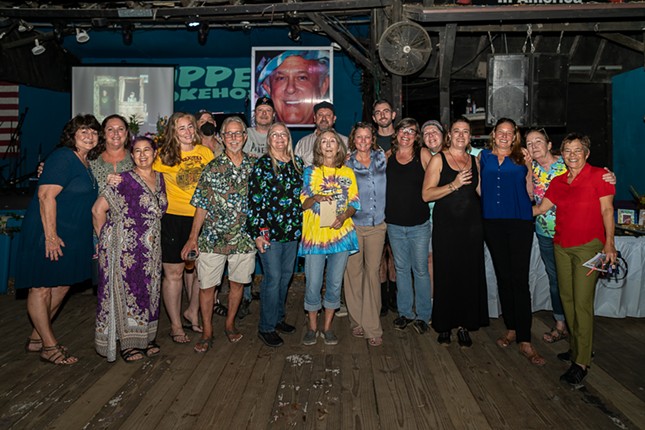 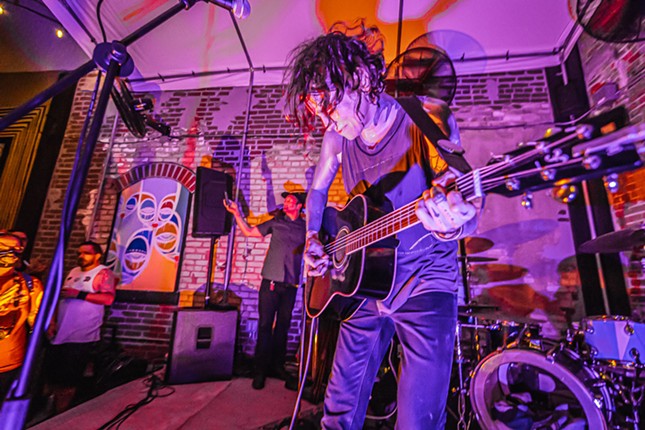 Tampa rock band the Nervous Girls released a new EP last Friday, and celebrated with a show at The Bends in St.… 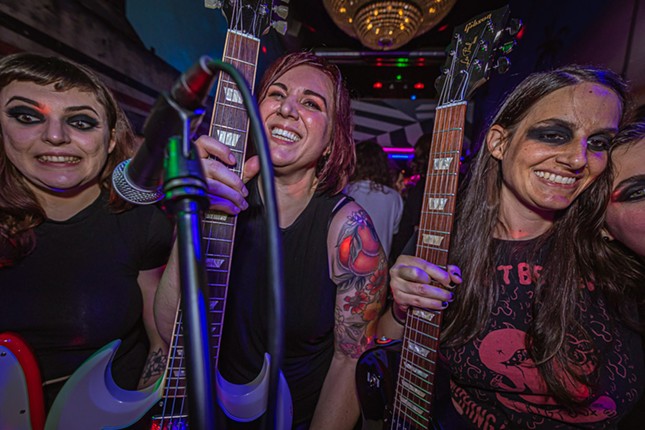 One word comes to mind when you think about the holiday concert hosted by Tampa Bay radio station 98 Rock: Sleigh. But… 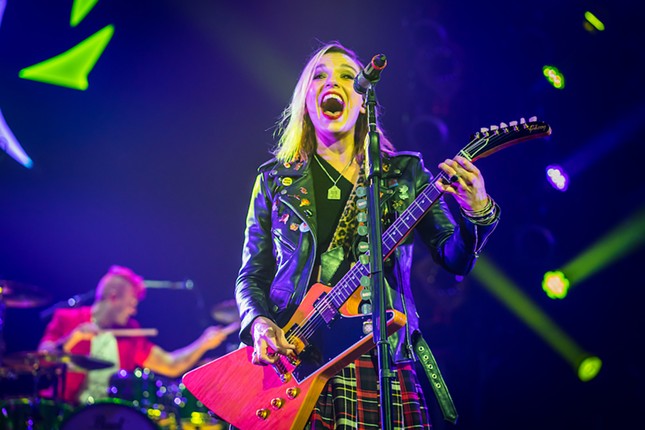