In November, Joe Biden earned more than 51% of the vote, making him and Vice President-elect Kamala Harris the most popular presidential ticket in American history. But despite the Biden-Harris ticket earning 7 million more votes than he did, Trump has spent the weeks since whining and falsely claiming that he won all while escalating the calls for violence.

On the very same day of the police officer suicide—despite all the xenophobia, lies and general buffoonery of the last four years—Trump supporters gathered on Saturday, to drive across the Howard Frankland Bridge and wave big, dumb Trump flags across Tampa Bay. There was one other photographer wearing a “Black Lives Matter” mask out there to check out the trainwreck, and Creative Loafing Tampa Bay photographer Dave Decker said the crowd was devoid of sad, toxic male energy that usually marks gatherings like this, but, for now, that’s still not gonna stop Biden and Harris from being sworn into office on Jan. 20. —Ray Roa 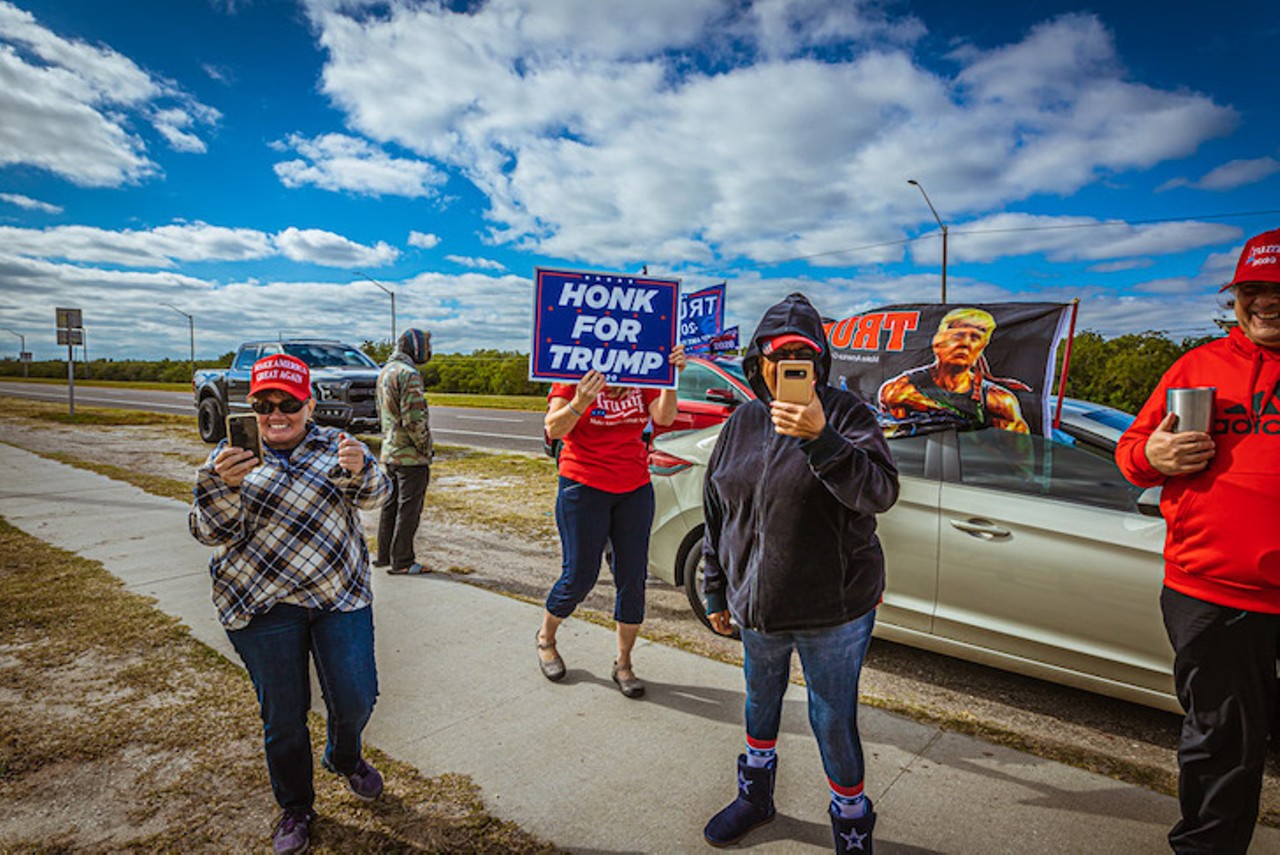