Photo by Jennifer Ring
Dunedin's Pride golf cart parade happened on Saturday, June 11, 2022.
Dunedin looks a little different this month. The city’s hosted a gay club and a small LGBTQ population for as long as I can remember. But this is the first time I’ve seen rainbow-hued, city-sponsored Pride banners decorating the lamp posts lining Main Street.

Dunedin Pride is the latest in a string of new Pinellas County small-town Pride events that started with SIK Promotions’ Gulfport Pride and John Gascot’s Pride at the Village (Pinellas Park) in May-June 2021.

This isn’t the first time Dunedin Chamber of Commerce Chairman Gregory Brady brought Pride to North Pinellas. With all the Pride events in St. Pete and Tampa, Brady was feeling a little left out in his hometown of Dunedin, FL. Back in 2010-2011, he started North Pinellas Pride, which has been quietly hosting Pride events in Dunedin for over a decade. But this year is special.

As small-town Pride events started popping up all over Pinellas County, Dunedin Mayor Julie Bujalski enlisted Brady to organize an official city and Chamber of Commerce-powered Dunedin Pride. “We wanted [Dunedin Pride] to be as unique as we are,” Dunedin Chamber of Commerce President Pam Pravetz told Creative Loafing Tampa Bay.

The consensus: it was only a matter of time before Dunedin started celebrating Pride with a golf cart parade.

The following day, several of the same golf carts parked outside Fenway Hotel for the official Dunedin Pride pool party and drag show. Mayor Bujalski, who never misses a good party, lounged around on a rainbow floatie amongst her LGBTQ constituents while DJ Luis Martinez played club tunes from a tent at the east end of the pool.

The weekend might be over, but Dunedin Pride Week is just beginning. The fun continues with LGBTQ film screenings at Hale Senior Activity Center and the Scottish American Society of Dunedin on Tuesday and Wednesday nights. 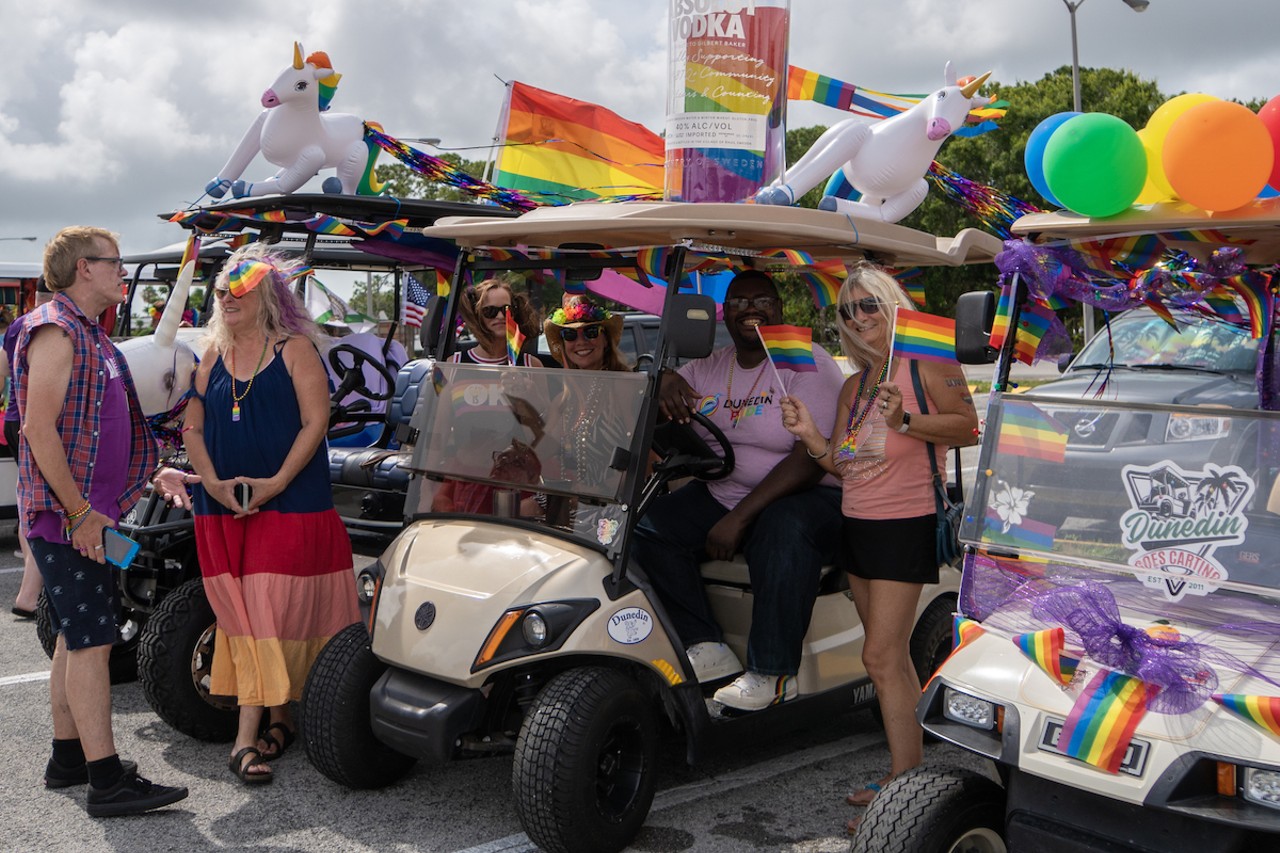