Photo by Dave Decker
After two years off due to the pandemic, crowds returned to downtown St. Petersburg for the 20th Anniversary Pride Parade on Saturday afternoon.

The parade, which ran along Bayshore Drive, attracted thousands of supporters, some holding signs like "Fuck Ron DeSantis," and "Say Gay," in response to the governor's recent "Don't Say Gay" legislation, which in part bans public school teachers from holding classroom instruction about sexual orientation or gender identity. 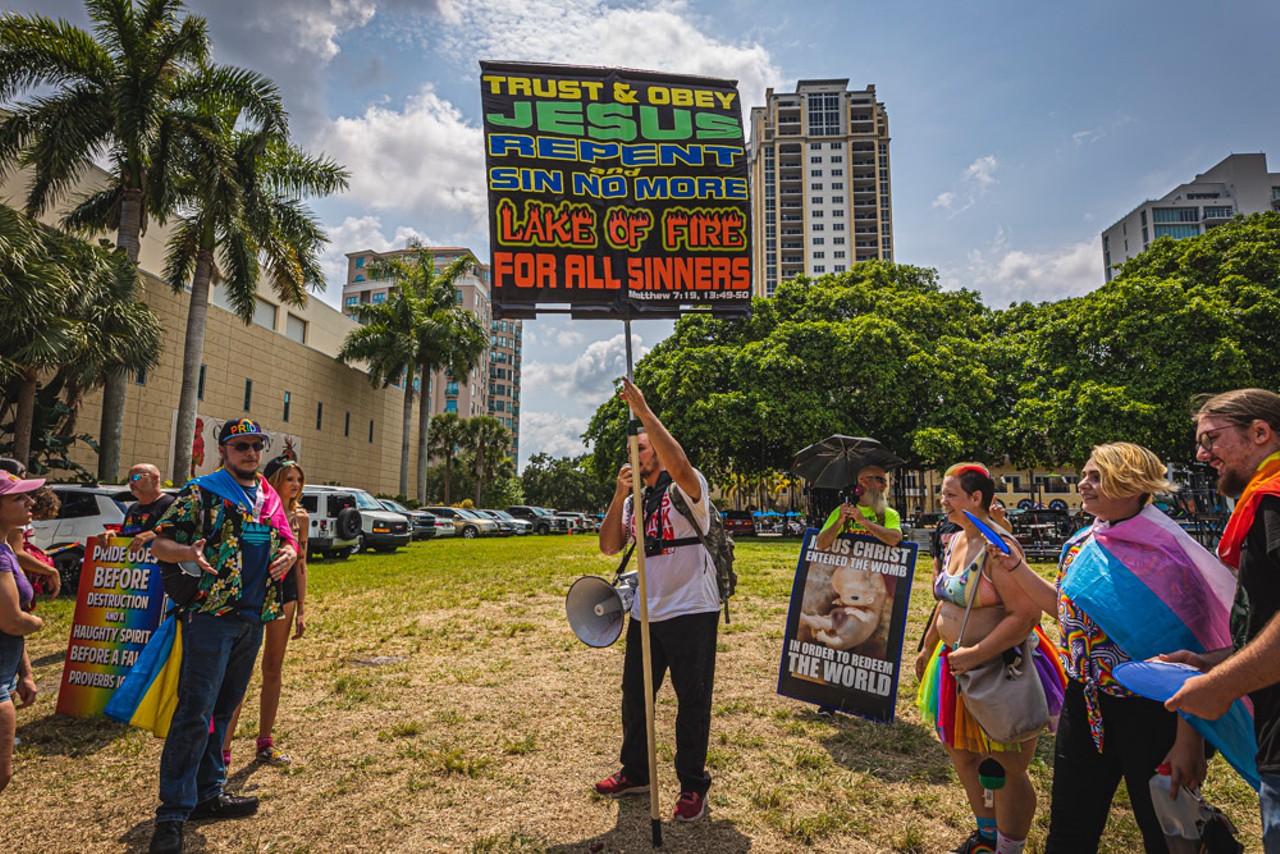