Over the weekend in Tampa and across the country, demonstrators spoke out against Texas and Mississippi abortion bans which prohibit abortions after six weeks of pregnancy—before many women realize they are pregnant—and deputizes private citizens to enforce the law. State Rep. Webster Barnaby, a Florida Republican, filed a copycat bill  (HB 167) to bring a similar abortion ban to Florida.

At least three marches happened in Tampa on Saturday, including a 3-mile "March for Reproductive Rights" in Bayshore and South Tampa. Another "Our Bodies, Our Choice” march went down in Perry Harvey Sr. Park while other groups held a sister march at City Hall.—Ray Roa

Photos by Kimberly DeFalco https://www.instagram.com/kimberlydefalco/?hl=en
Scroll down to view images 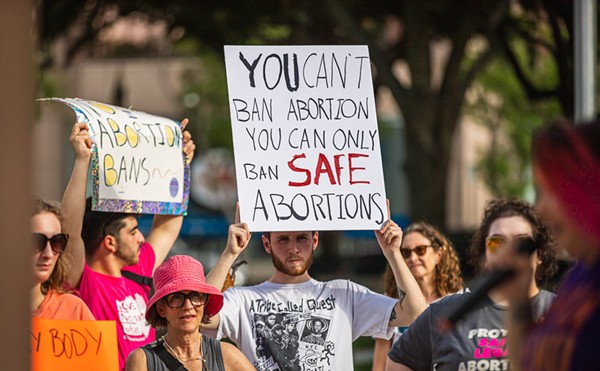