The estate sits on a two acre lot on Lake Breckenridge and comes with 4 bedrooms and 4.5 bathrooms, an outdoor kitchen, an enclosed pool, as well as 175 feet of waterfront.  The wrestler didn't move that far away, last February he purchased a $3.25 million home  just down the street on Lake Keystone.

All photos via Zillow 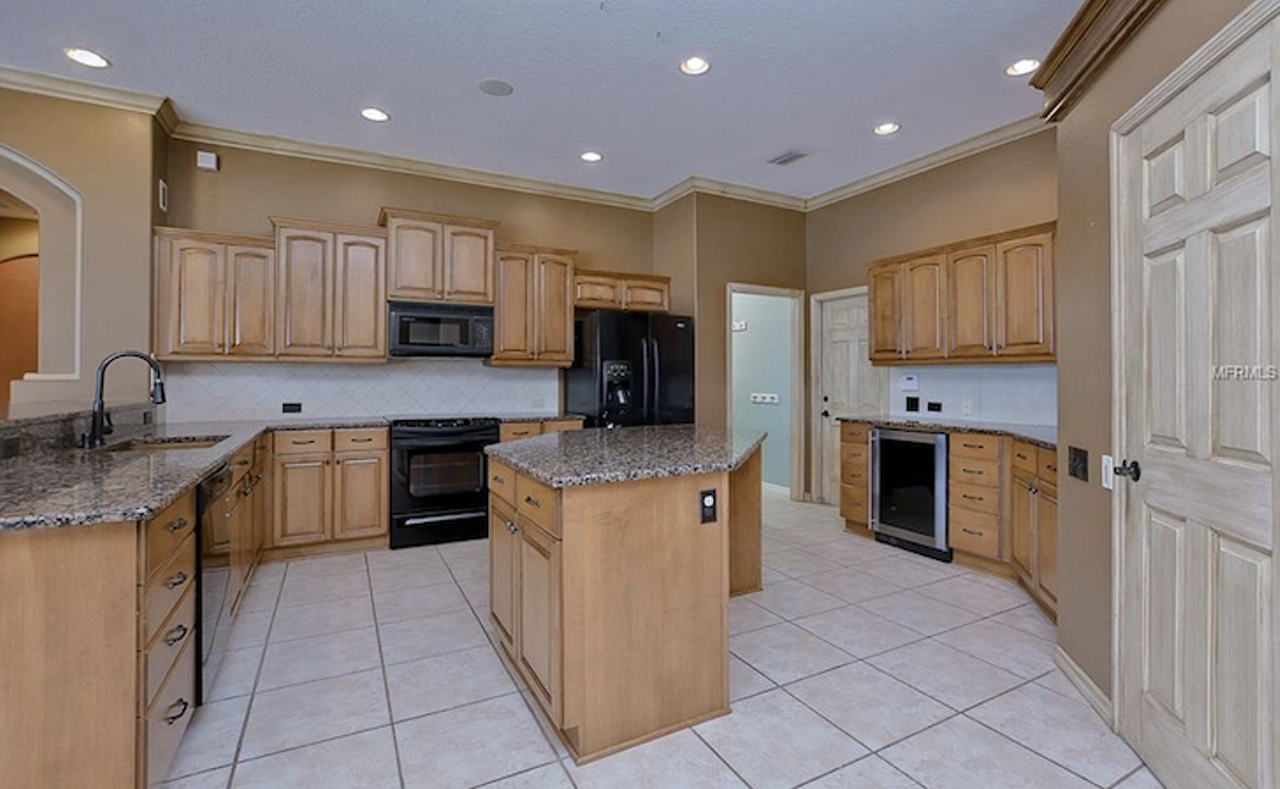