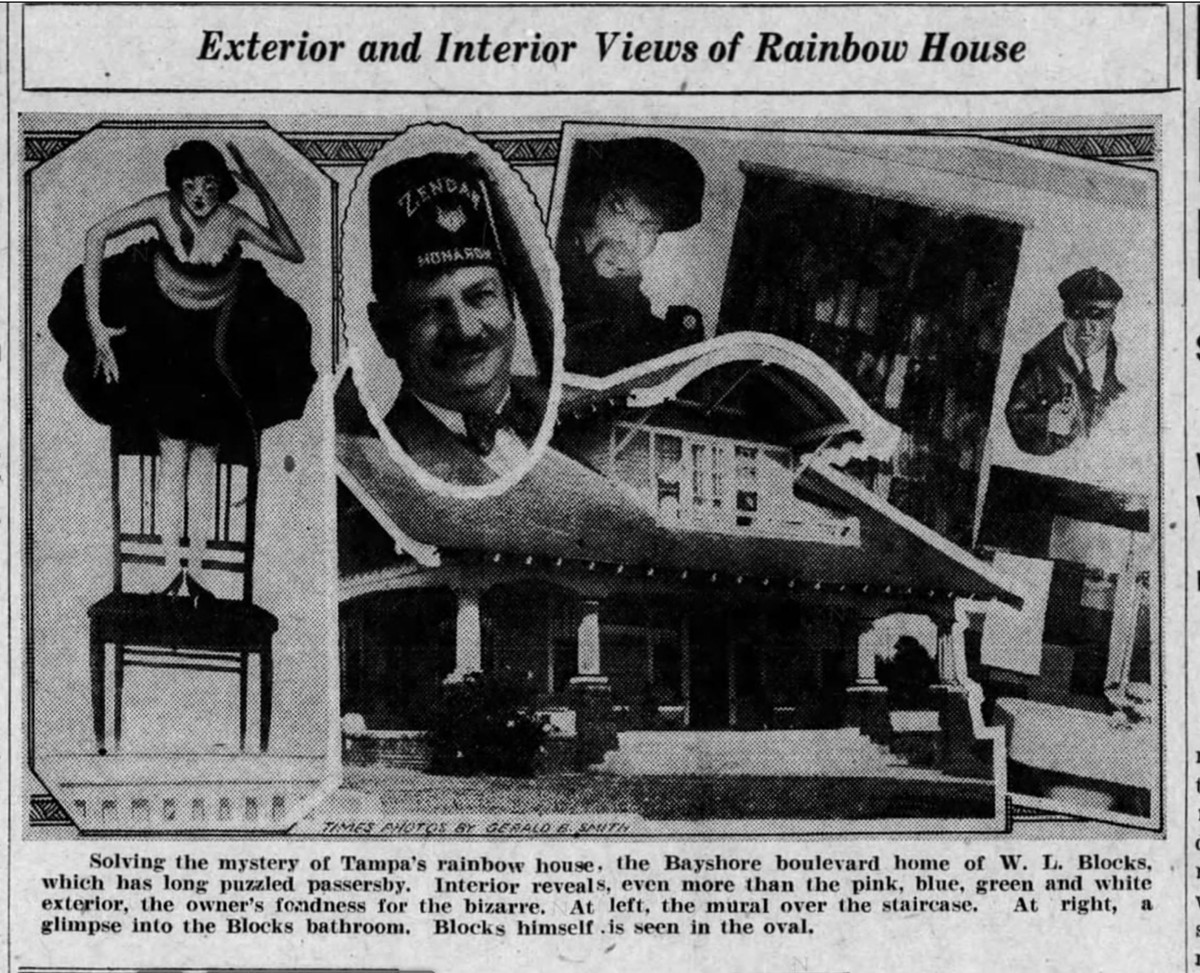 Photo via Tampa Bay History Center
A South Tampa home that was once covered with 47 different colors of paint, and had locals guessing if the owner either lost a bet or joined a mystic cult, is now for sale on Bayshore Boulevard.

Built in 1917, the home located at 829 Bayshore Blvd., was once one of the most talked about and controversial homes in the area, says Tampa Bay History Center Director Rodney Kite-Powell.

"In the late '20s and early '30s, it was known as the 'House of Many Colors,'" said Kite-Powell in a recent phone call to Creative Loafing Tampa Bay. "It was owned by a man named Bill Blocks, who was a Mason and an artist-designer type, an extremely eclectic guy. He painted the house in 47 different colors, and also owned the lot to the north, where he kept a statuary in the front yard."

The home was also just as eccentric on the inside. In a Tampa Tribune article from December, 1932 titled "Tampa's Rainbow House Has Long Been a Mystery," the author received a tour of Blocks' home, and seems absolutely shook by the murals and decor.

"'I should like,'" said Mr. Blocks, 'for you to see the upstairs.' And he led the way. He led the way up those stairs, and there was no help in sight," wrote the author.

"We followed him, past the life-sized mural of the snake-charmer, in ballet skirts, standing a-tipetoe on a chair, in well-simulated freight above a menacing Mickey Mouse; past a mural depicting the temptation of a modern St. Anthony in cleric's garb, who is obviously yielding to his moment of temptation; and into the Blocks bathroom, " the author continued.

"Even now, as we sit in the comparative safety of our office and write these words with a copy boy, smiling wanly at our elbow, to remind us that life is real and earnest, we have our moment of doubt. Was it a dream? Or did we actually see a painted gunman on that bathroom wall, with a pistol following our every movements? And was that life-like Gasparilla opposite him only a painter's concept, or the bloody buccaneer in person?"

The author goes on to say he was given a tour of Blocks master bedroom and private lavatory,  which was only described as 'having its own festive note," and ends the article by begging Mr. Blocks for clarity on his artistic choices.

"'Please, Mr. Blocks – what shall we tell our readers? Why the color scheme on the outside of the house?' Mr. Blocks lit a fresh cigar. 'You may tell them,' he said, 'that's the way I like it.'"

One year later, after neighbors got especially riled up over a new totem pole in his yard, Blocks relented, and announced his decision to conform to the local normies and finally paint his house with a typical color scheme.

"Mr. Blocks, the connoisseur who introduced totem poles and modern art to Tampa, silenced his critics yesterday with the announcement that he is going to repaint his home at 829 Bayshore Boulevard with a single color," read a Tampa Tribune article from November, 1933.

"Mr. Blocks will keep the totem pole," the article continues. "That is one point on which Mr. Blocks will give no ground to his critics. Have you seen it lately? It's lighted up at night with floodlights."

Today the totem pole is gone, and the 2,652-square-foot home looks very different, and features four bedrooms, four bathrooms, as well a heated pool and plenty of other modern upgrades.

It's also painted blue with a white trim. However, Kite-Powell says that can probably change if you want it to.

"People think about Bayshore as being stately and serious," said Kite-Powell, "but there’s actually historic precedent to paint it whatever color you want. It’s a fun aspect of its history.

The home is currently asking $3,875,000, and the listing agent is Ryan Hackney of Locals Realty.

Scroll to the end to see historic photos of the home, and Mr. Blocks.
Scroll down to view images 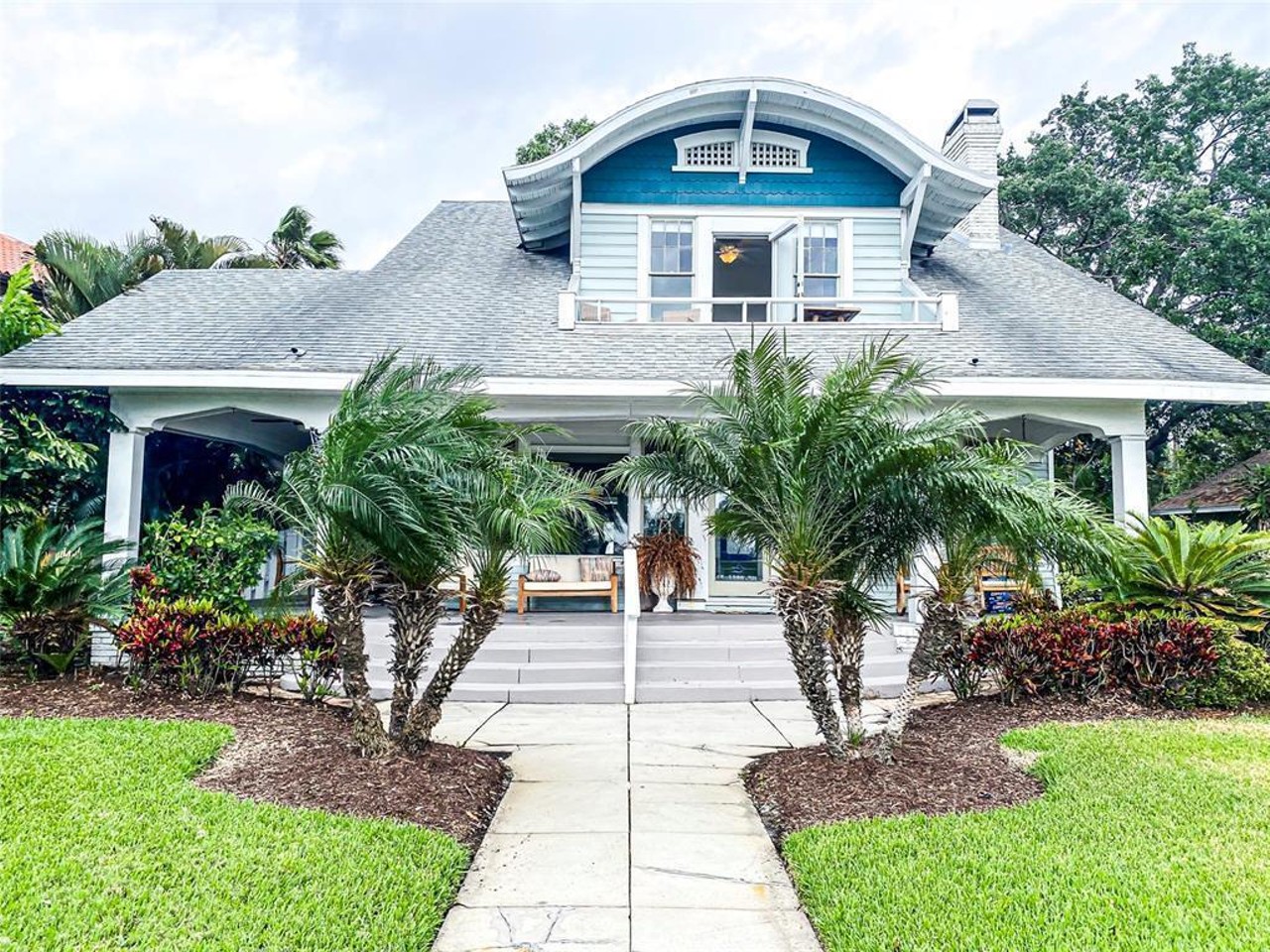 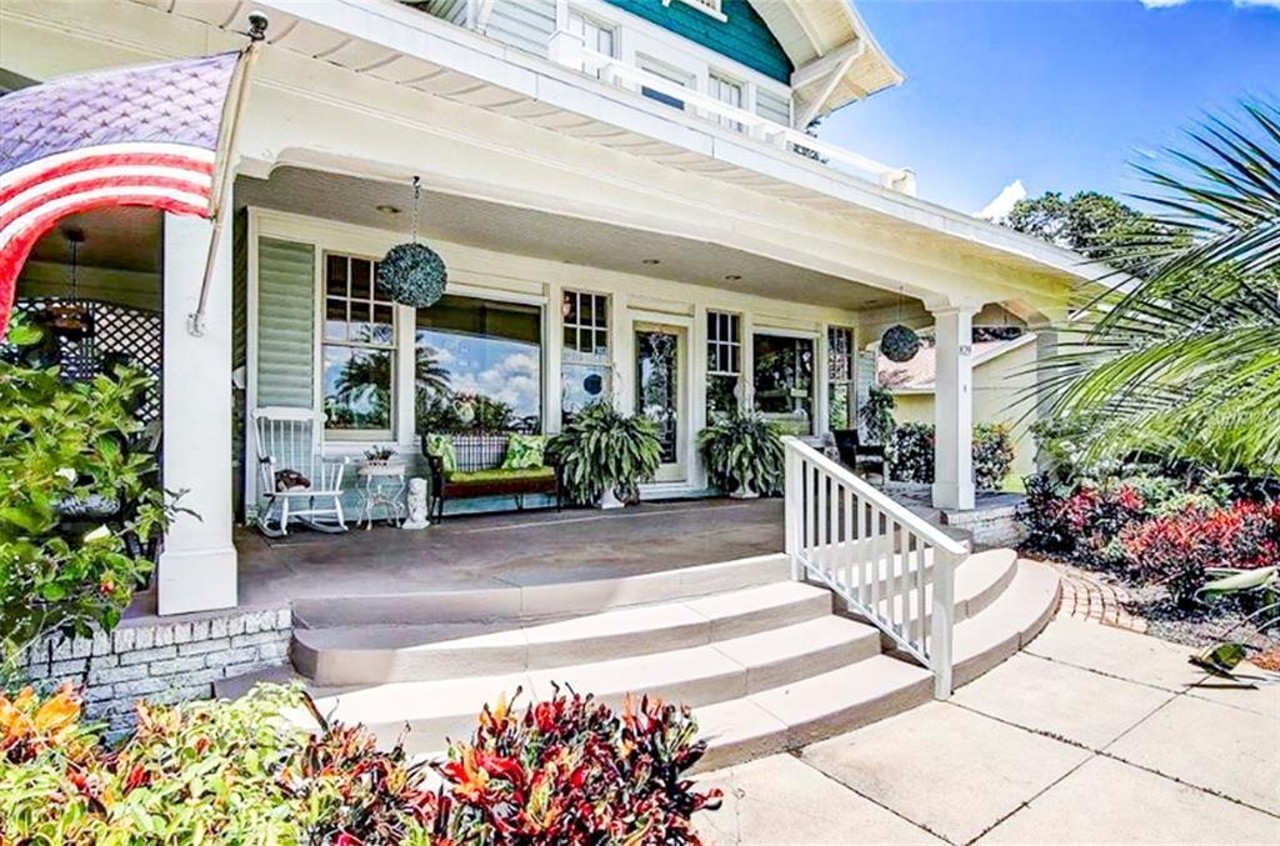 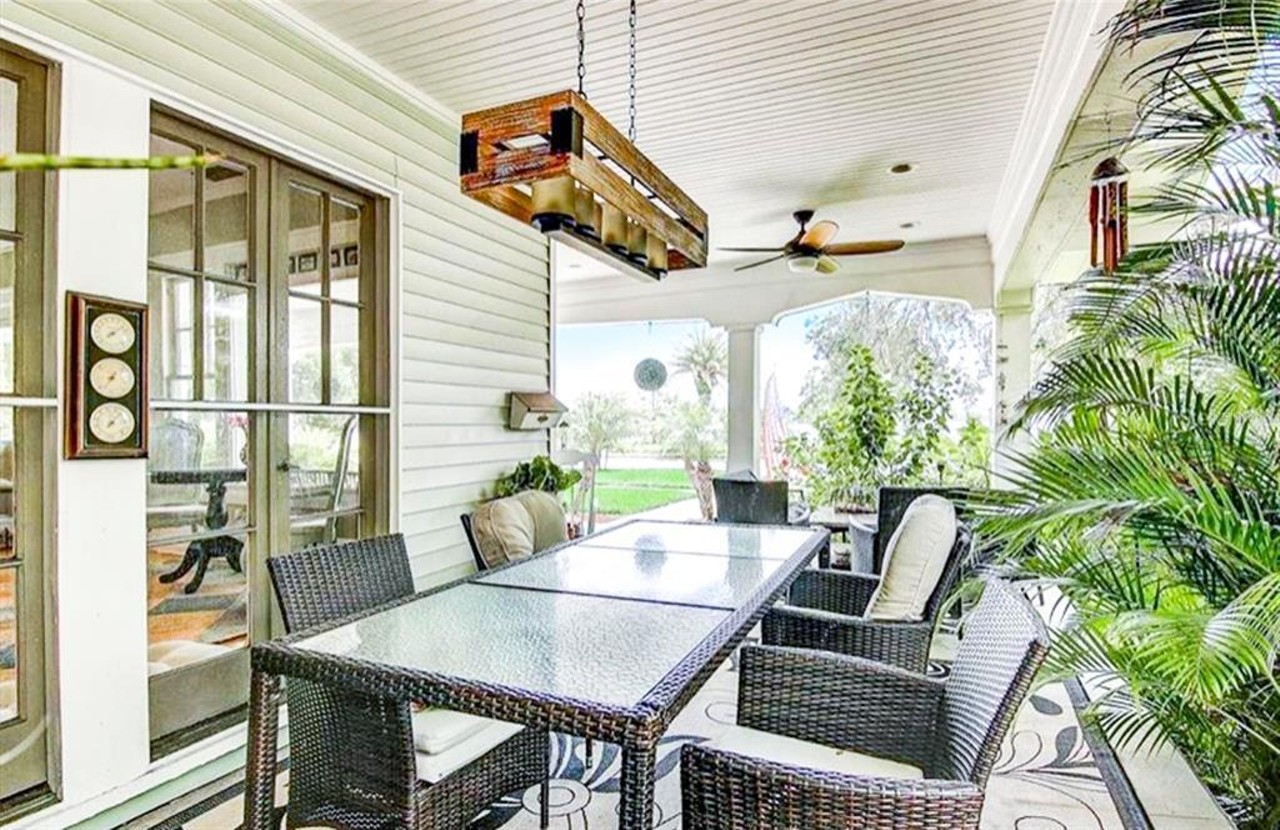 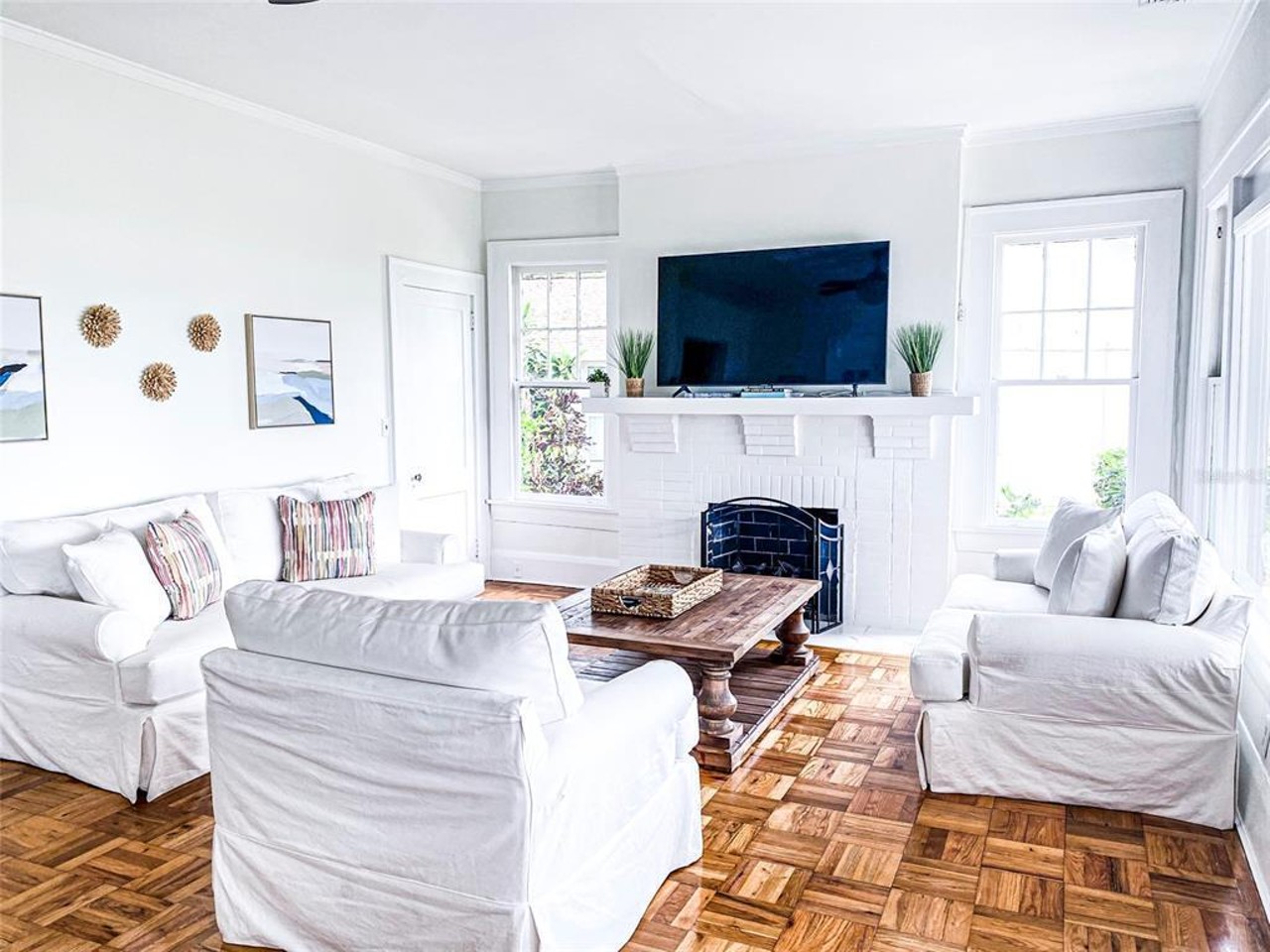 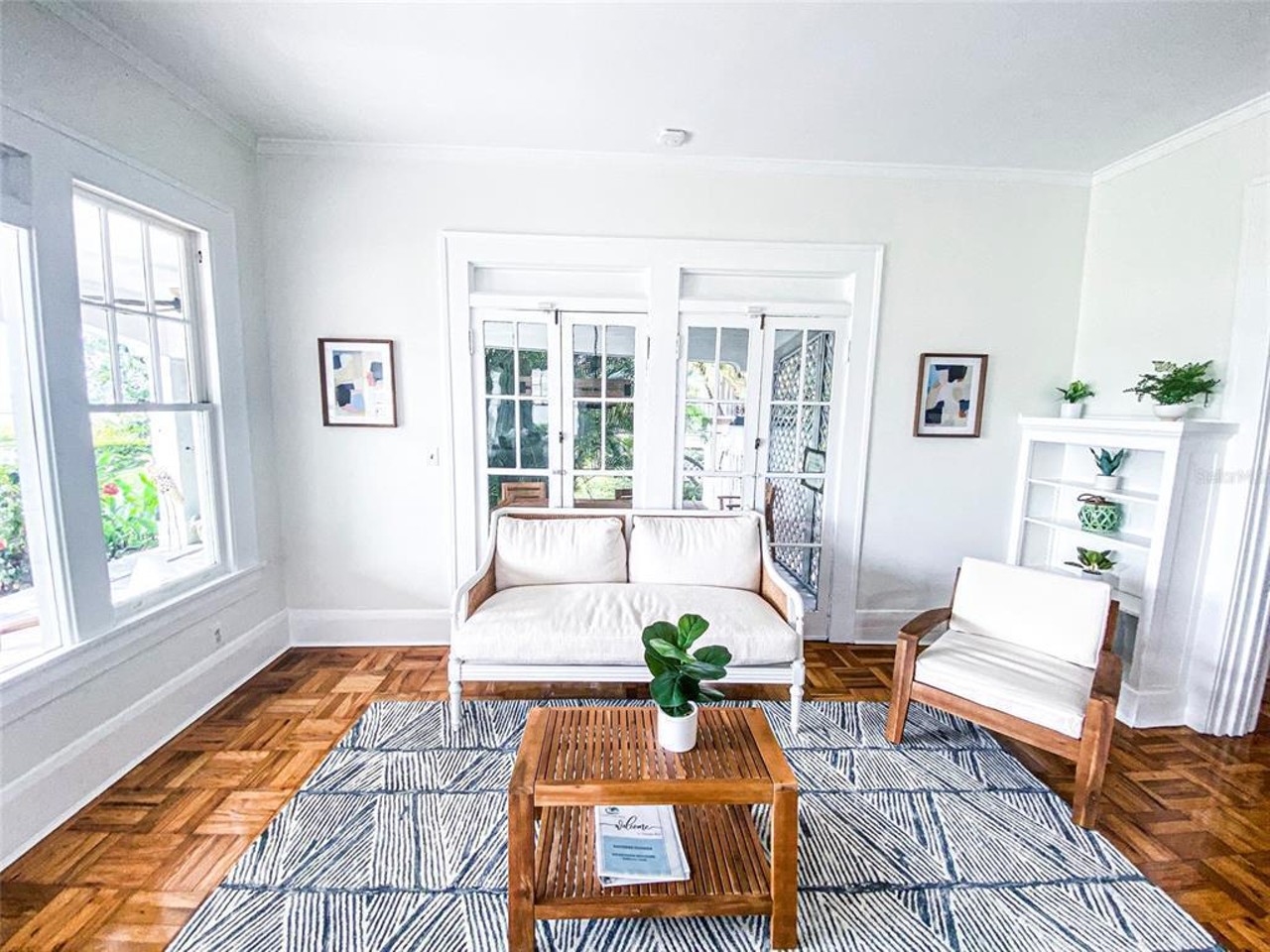 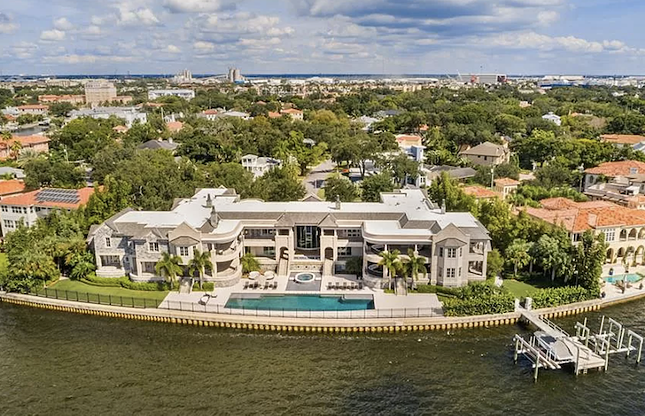