The year is 1997. Tony Dungy is the coach of the Tampa Bay Buccaneers, Bill Clinton is president, and millions of Americans tune into popular paranormal shows like "The X-Files" and "Beyond Belief." This is also the year that local author Captain Bill Miller published his hit book on conspiracy theories and urban legends, “The Tampa Triangle: Dead Zone”.

For the unfamiliar, the “Tampa Triangle” refers to the Tampa Bay area, and the “Dead Zone” spans from the Sunshine Skyway Bridge to Egmont Key, mostly covering the shipping channel. In these areas, according to Miller, a slew of mysterious events occurred. So, naturally, he decided to document them all.

“Haslams sold a ton of them,” said Miller, 68, to Creative Loafing Tampa Bay, “[Owner] Ray Hinst was worried that people would buy the book and then return it and sell it back to the store. He said none came back, and they sold hundreds of them.”

The book was an instantaneous hit, selling all across the country and even earning a spot on Ingram’s Hot List.

The book is packed with tales of mysterious carpet circles showing up in living rooms, alien abductions, sunken Nazi submarines, and more. One story even blamed aliens for sucking up the brains of the elderly, stealing information, and returning them improperly causing memory issues.

"That's the UFO section. That's kind of a joke too, it's meant to be entertaining," Miller said.

But one of Miller’s favorite stories is the ghost of the Sunshine Skyway Bridge.

"She's seen on the bridge quite often,” said Miller, who describes a hitchhiking woman who appears to be in trouble and when picked up by local drivers, will silently sit in the backseat. “Then when they turn around to look, she's gone," adds Miller.

In another notable story Miller highlights the fate of the late poet Jack Kerouac’s ghost, who is known to haunt Haslam's Book Store in downtown St. Petersburg. Since Haslam's is currently closed and the future of the prime real estate is uncertain, Miller is fearful of where Kerouac’s ghost will end up.

"Right now homelessness is a big problem in all of the country, including Tampa Bay. What I'm worried about is will the ghost of Jack Kerouac become homeless," said Miller.

Miller says that he hasn’t personally had any paranormal experiences except for the shipping disasters that occurred near the Skyway. Still, some of these conspiracy theories are still discussed today, such as the presence of ghosts and UFOs existing in Tampa Bay. Captain Miller explained that he doesn’t keep up with conspiracy theories any more, but suggests that readers keep an open mind.

"I leave the reader to decide what they feel is real or not," Miller said.

On its 25th anniversary, Miller shared a few of his favorites from his book, which is still available on Amazon.  Here are a few of the more notable tales from Tampa Triangle: Dead Zone.
Scroll down to view images 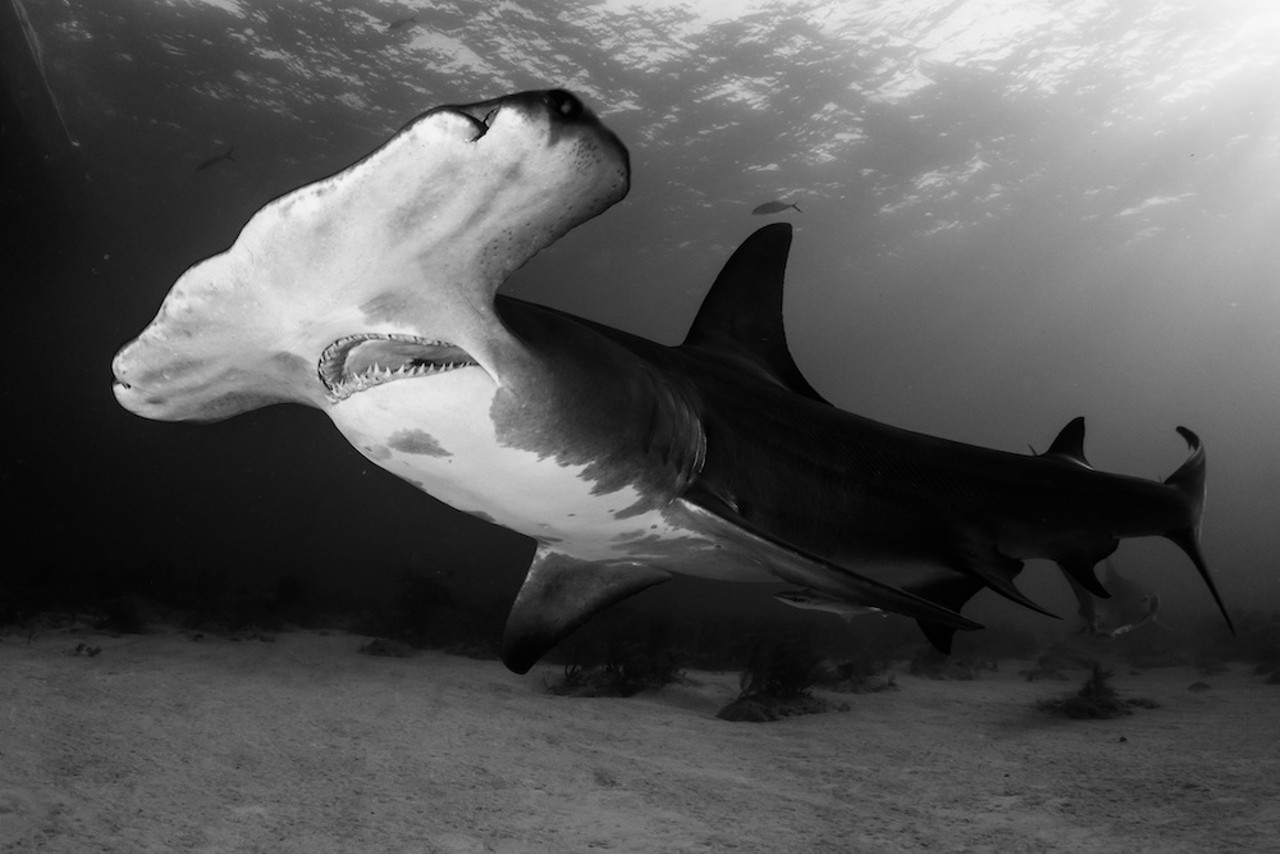 A nearly 20-foot long hammerhead shark became notorious in Tampa Bay during World War II. The shark was easy to identify by its scar-covered back and the fishing hooks known to dangle from its massive jaws. The shark was ruthless, known to taunt fishermen by ripping through fishing nets and stealing bait off of hooks, eventually earning itself the moniker “Old Hitler”.
“I felt naked in that stupid little fiberglass boat next to that monster shark.” 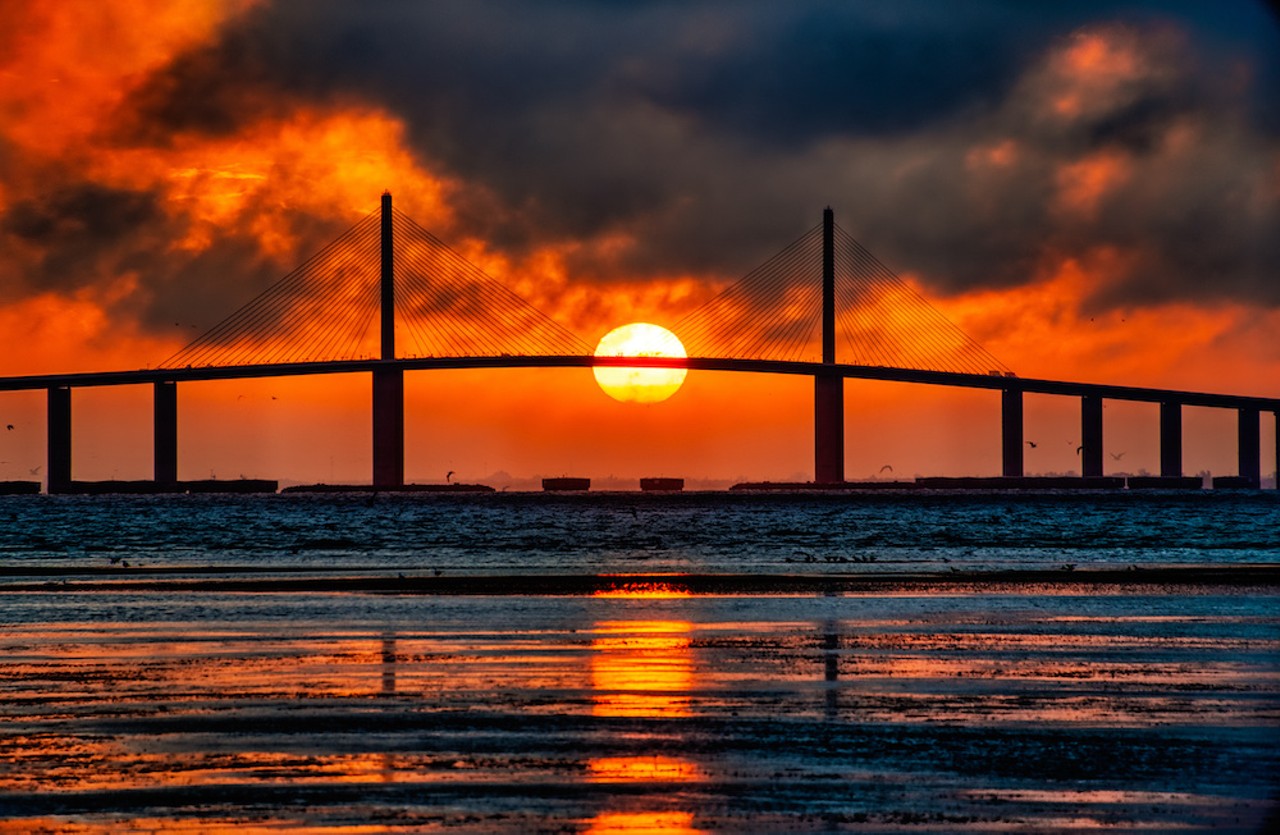 The Sunshine Skyway Bridge is known to be the home of the ghost of “The Blonde Hitchhiker.” She is notorious for appearing to be in trouble and persuading people driving past to pick her up, only to mysteriously vanish from the car before ever reaching the end of the bridge.
“A lot of out-of-state tags stop to report that blonde ghost. There’s no way they could be in on some kinda’ hoax.” 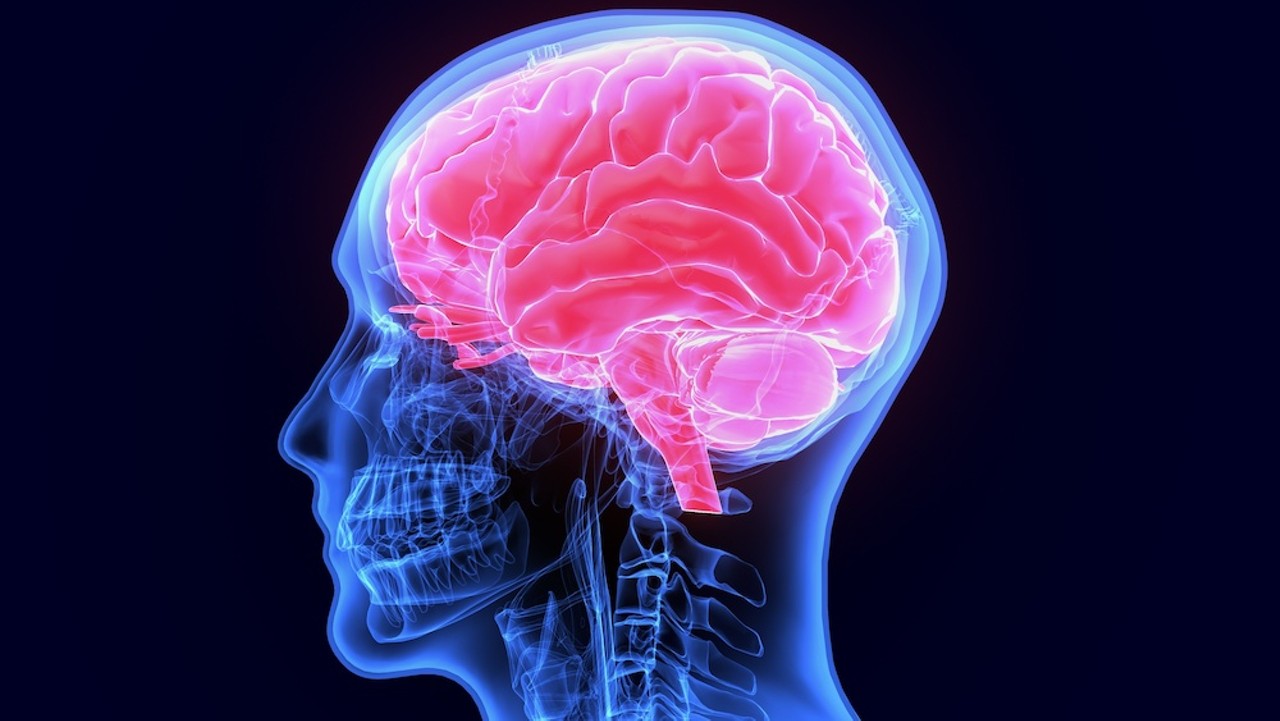 Brains of America’s Senior Citizens are being Vacuumed by Space Aliens!

According to Dr. Ronald Potts, the brains of senior citizens are being abducted by aliens. The aliens are sifting through their memories to find out information about human technology and then returning them. According to Potts, if their brains are returned improperly, it can cause memory loss and gray matter in the brain.
“The aliens are mining the creative brains of senior citizens for insightful and brilliant ideas that are a byproduct of a lifetime of experience.” 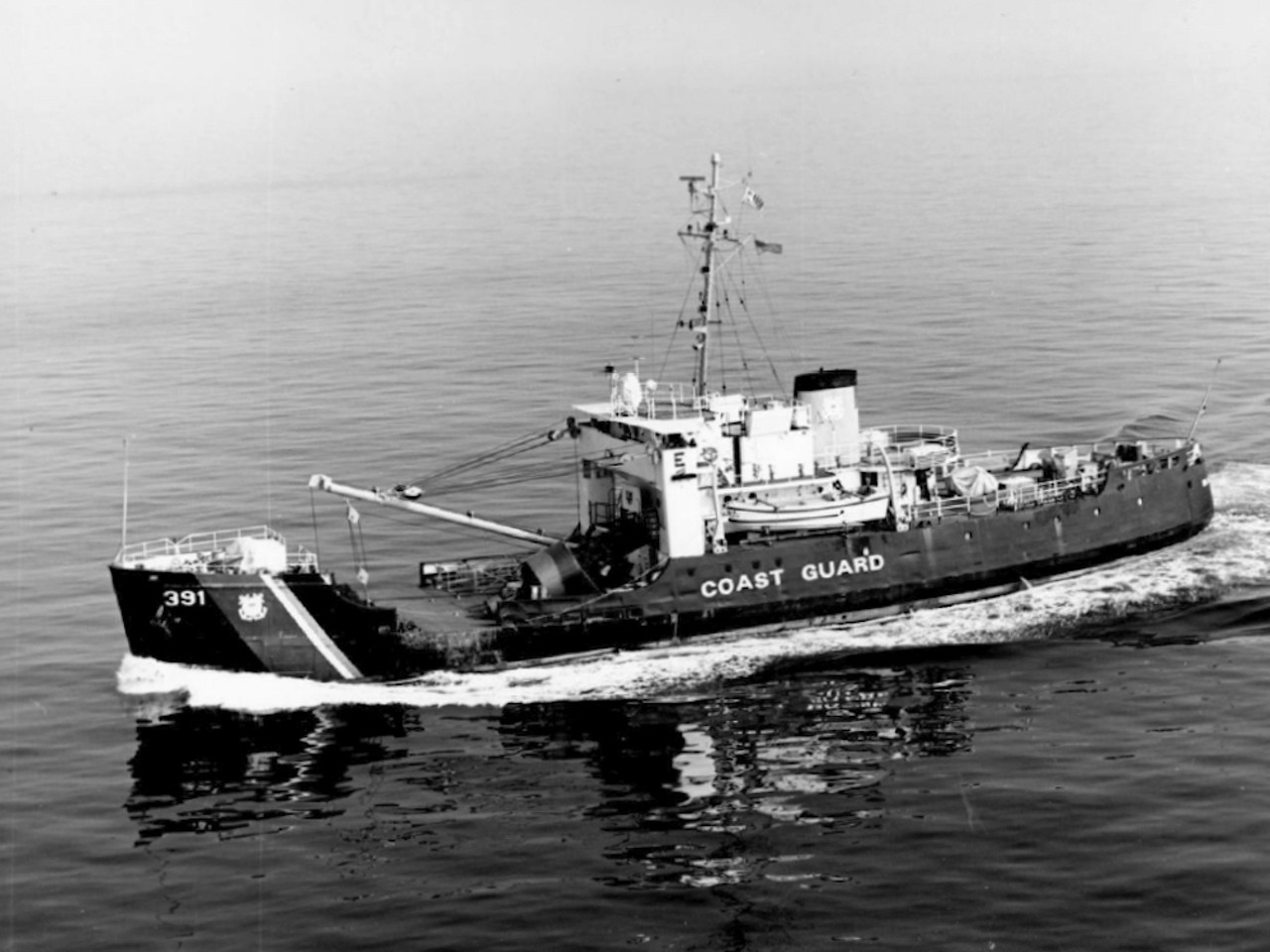 The 23 Psalm and the Coast Guard Cutter “Blackthorn”

On Jan 28, 1980 petroleum tanker “Capricorn '' and Coast Guard Cutter “Blackthorn” collided due to communication interference, which was said to have been caused by the “Dead Zone.” There were 23 deaths as a result of the accident. When the “Blackthorn” was examined after the wreck, CWO Bill Butcherfield took a final look through the ship and found the Bible. When he opened it to 23 Psalms, which references death and meeting God.
“Have you ever seen a book that’s been left out in the rain and the pages stick? That’s how the bible was, it would only open at one place - the 23rd Psalm. A chill went down my spine.” 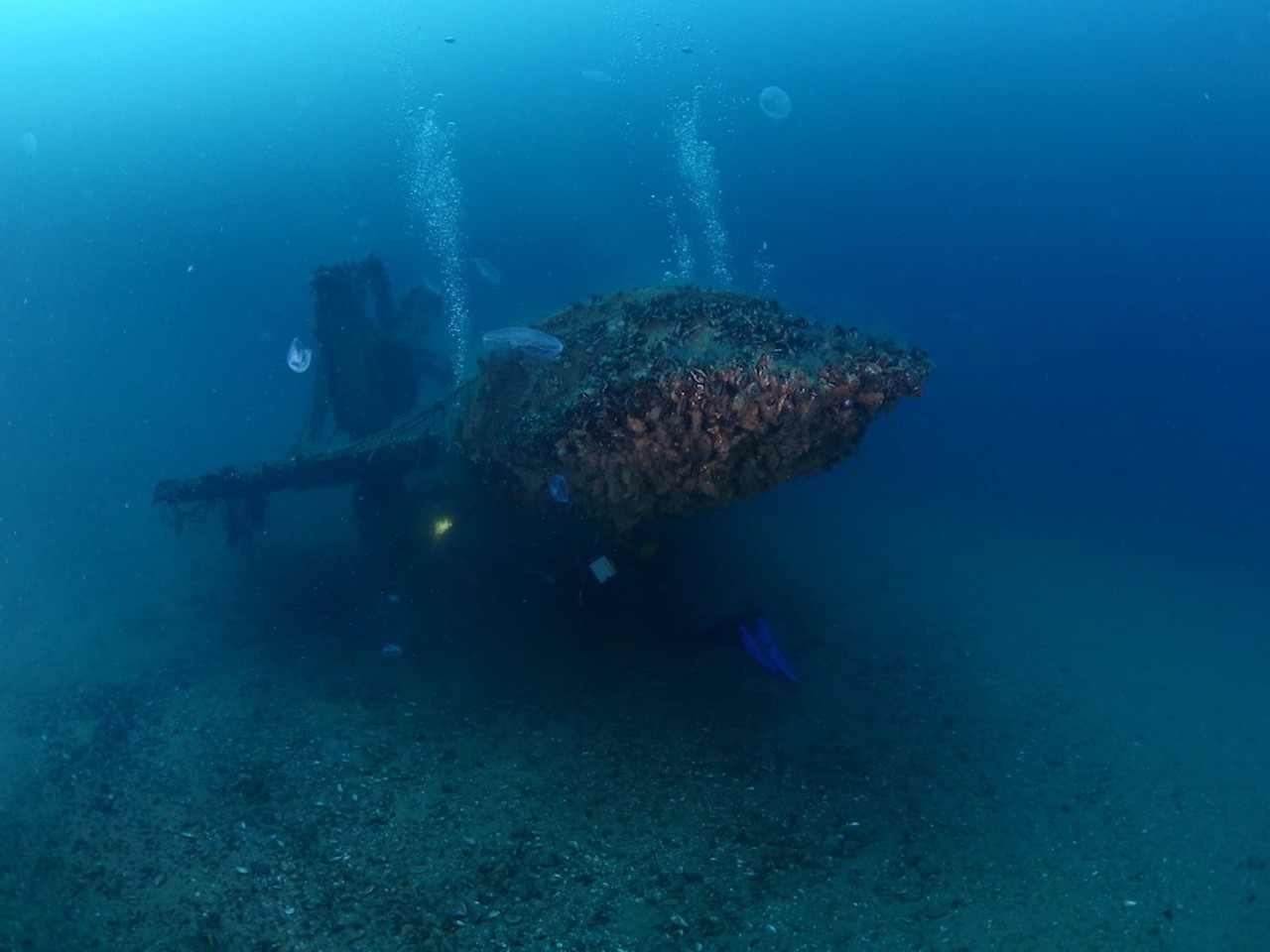 On Aug 1, 1942, German submarine U-166 was sunk off the coast of Louisiana. It was later found in Tampa Bay, having allegedly floated almost 400 miles. Theories from the Flying Dutchman to having been displaced by bad weather. The location of the ship is kept secret, and some say this is because it is booby-trapped.
“If it’s true, it’s jarring to think that Hitler could land such a devastating economic blow almost 26 years after the end of World War II.”