Paramore and Soccer Mommy were powerful, punchy during tour kickoff at the St. Augustine Amphitheatre

At 5 feet, 2 inches tall, Hayley Williams is about eight inches shorter than Mick Jagger, but the powerhouse singer of Paramore has so much in common with the Rolling Stones frontman. When Jagger was 29 years old, his band was beginning to wade into a tour in support of its 1972 masterpiece Exile On Main St. Williams — who’ll turn 30 years old at the end of 2018 — is currently bringing her band’s latest album, last year’s After Laughter, on a summer tour of the U.S. that won’t end until a July 24 date at Red Rock in Colorado. While After Laughter (Paramore’s fifth album and its first since a self-titled 2013 release) isn’t quite the landmark album that the Stones’ Exile was, it is a departure from the pop-punk sound that so many fans have come to love during the band’s more than decade-long run (one fan, who ended up onstage, playfully held up a “I Miss The Old Paramore” sign).

On Tuesday, Williams and an eclectic support bill (Foster the People, which will be on the tour through that Red Rocks date; Soccer Mommy, which plays support until July when Jay Som takes over) kicked off the tour with a sweaty set at St. Augustine’s amphitheatre by the sea. The first night of a tour is always packed with quirks, which Williams referred to as “treasures,” but any kinks that were getting worked out behind the scenes largely went unnoticed during the course of a set that packed 20 originals (plus a few covers and a straight-up HalfNoise song) into an hour and 45 minutes.

Williams, however, is impossible to ignore.

From the very first shimmery, clanking chords of “Grudges” to the final, elated tropi-pop breaths of encore-closer “Hard Times,” Williams was in constant motion, moving across the stage like the seasoned vet she is. She turned the hip-shaking, 808-driven jive of “Rose-Colored Boy” into a hot medley featuring Whitney Houston’s “I Wanna Dance With Somebody,” and let the crowd roar on the Paramore song’s spoken mini-bridge.

“Low-key, no pressure,” she’d say before a sold-out crowd called back with, “just hang with me and my weather!”

To see the fans partying and singing back the words of nearly every new song, almost going breath-for-breath with their fearless leader, is awe-inspiring. Williams gave all of the effort back, especially on another After Laughter track, “Caught In The Middle,” where she dished out a nice running/walking-man to go along with a generous delivery of headbangs that sent the locks on her epic mop of blonde hair spiraling every which way. Her bounce and hand-clapping on “Idle Worship” certainly recalled a young Jagger, but it was the way she leaned into the crowd on cuts like “Brick By Boring Brick” and led the band through a slow jam (“Forgiveness”) that made Williams’ stage presence seem wholly unique. Old mall-pop hits (especially “Ignorance”) were dressed in new energy, but still familiar enough to be nostalgic. The band even weaved in a three-song acoustic set where midi-driven Drake covers (“Passionfruit,” “Hold On, We’re Going Home”) got butted-up against mellow walks through slow songs from the past (“Misguided Ghosts” from 2009’s brand new eyes) and present (After Laughter’s “26”).

SUMMER GUIDE 2018
St. Augustine Amphitheatre concerts should be on your summer to-do lists

Most impressive from the Tuesday night show was the way that Williams graciously gave up the stage on multiple occasions. She completely relinquished the mic to a fan (Guillermo, the guy with the “I Miss The Old Paramore” sign) for “Misery Business,” and even surrendered the setlist to drummer Zac Farro, who was part of Paramore in the early part of the decade before his other band, HalfNoise, released a pair of studio albums in 2014 and 2016. Williams brought Farro to the front of the stage in the middle of a three-song encore and switched to a rear-of-the-stage position on bongos so that Farro could play “All That Love Is,” a highlight from HalfNoise’s month-old Flowerss EP. Williams was quick to mention how her hometown, Nashville, is pumping out quality music at an alarming rate. Farro is part of that output, and so was the evening’s opening act, Soccer Mommy (Foster the People, from L.A., expertly turned in its own 10-song set of trappy, fuzzed-out alt-rock and hip-pop to fill out the middle of the bill).

“I never go to the mall,” Williams said about the process that ended with Soccer Mommy on this tour, “but that fateful day I did.”

Faithful Florida fans didn’t have to make the drive to St. Augustine on Tuesday (it was the tour’s only Sunshine State date), and Williams doesn’t have to put a still-rising band like Soccer Mommy on the bill. Fans drove though, and Williams graciously gave Soccer Mommy — which came up in the Nashville circuit of punk houses, DIY venues like Drkmttr and more traditional venues like The End — a platform. It’s been a week since Paramore played Tennessee’s most famous festival (Bonnaroo) and 14 years since the band played its first show at that old Nashville haunt, The End.

Only time will tell where bands like Soccer Mommy and Paramore eventually end up, but those dancing near the shores of the Matanzas inlet onTuesday will be able to say that they say both of them when. 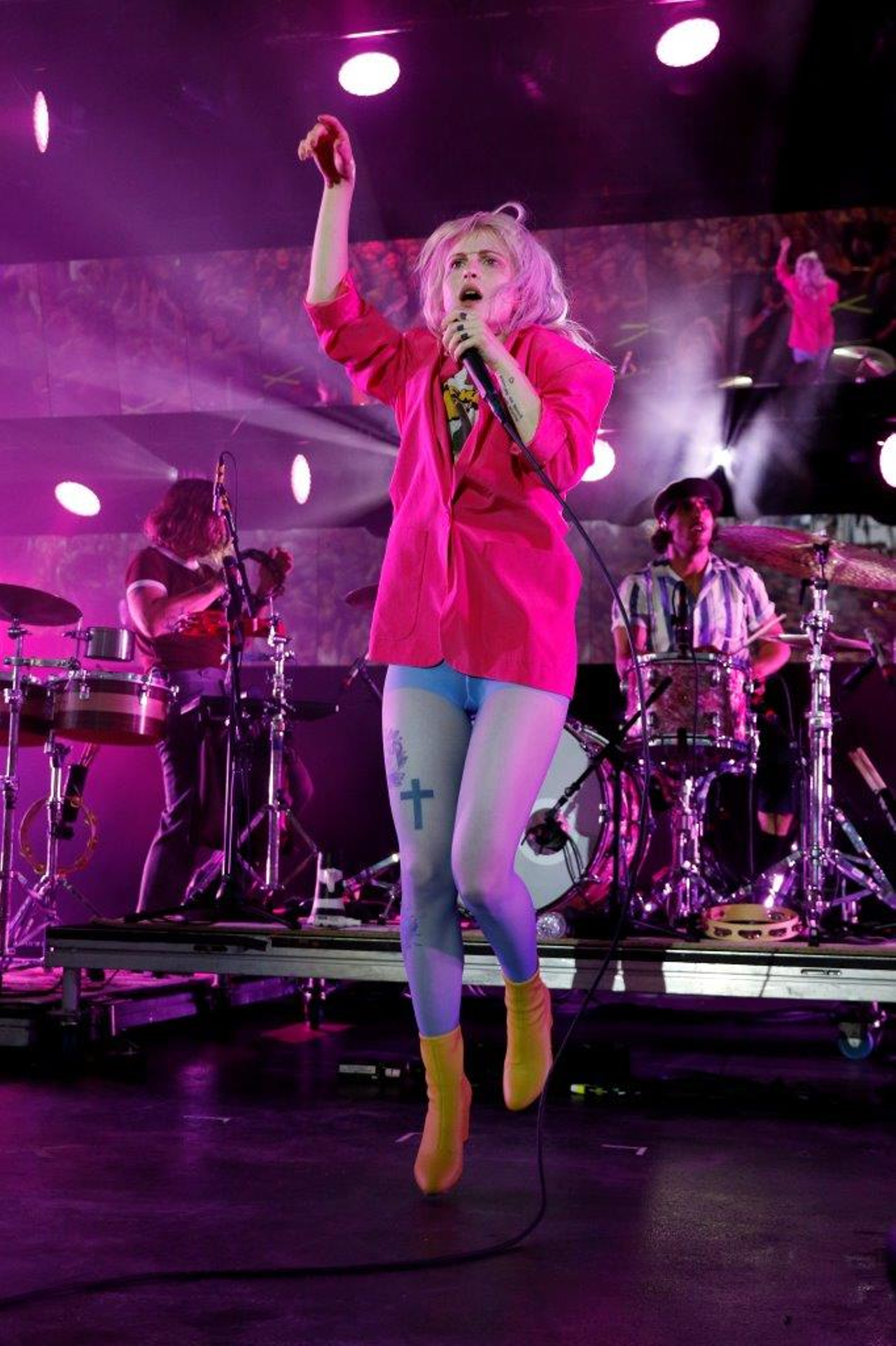 Soccer Mommy is coming to Tampa next month