Far-right "patriots," and fringe conservative candidates, descended on Disney World in Orlando last weekend for a QAnon-adjacent protest against the “Don’t Say Gay” bill, which was recently signed by Florida Gov. Ron DeSantis.

Calling for boycotts, carrying Confederate flags and baselessly accusing the company of pedophilia, Saturday's event involved around 100 attendees, most of which were not from Orlando—like Autotrader heir Kurt Jantz (who is also a MAGA-themed rapper named Forgiato Blow), Tampa's Community Patriots organizer Carl Prewitt, "Paint the Trump" artist Jeff Sonksen, and Born to Ride for 45 "godfather" George Colella, among others.

Other Florida candidates reportedly at the event include Anna Paulina Luna, Willie Montague, and Luis Miguel.

At one point during the day, the group reportedly intended to block an entrance into Disney World, but mistakenly blocked an entrance to Disney Springs, which is a free, outdoor entertainment district outside of the parks.

Here are a few of the photos from the event via CL photographer Dave Decker.
Scroll down to view images 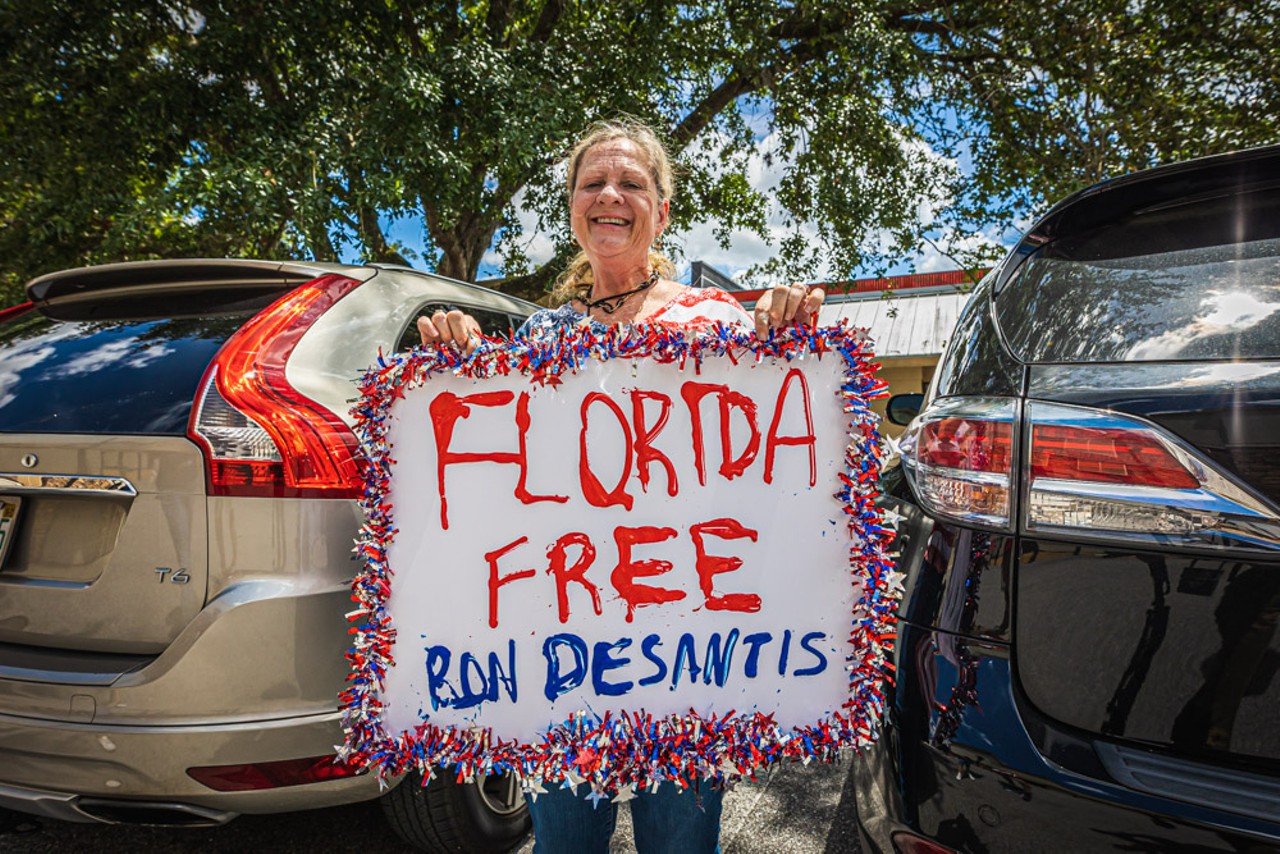 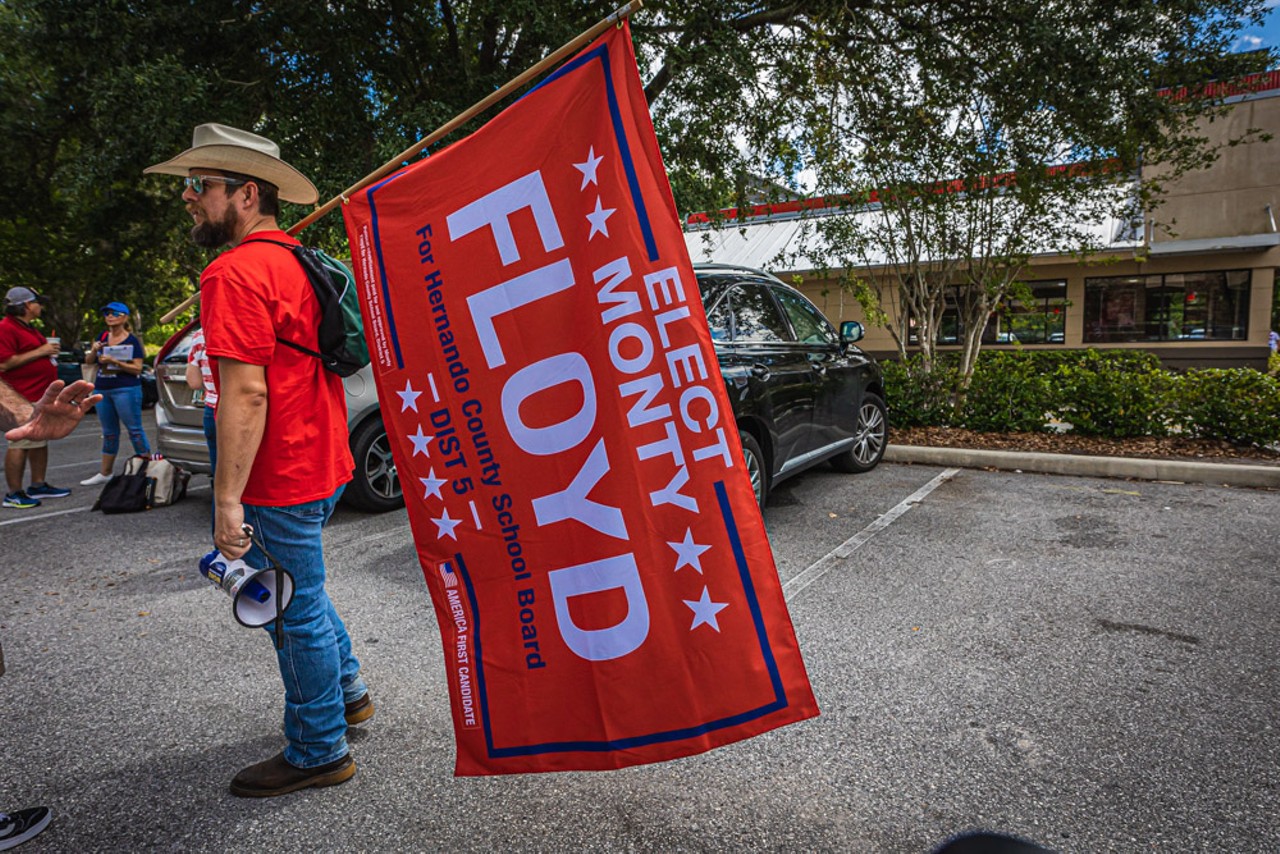 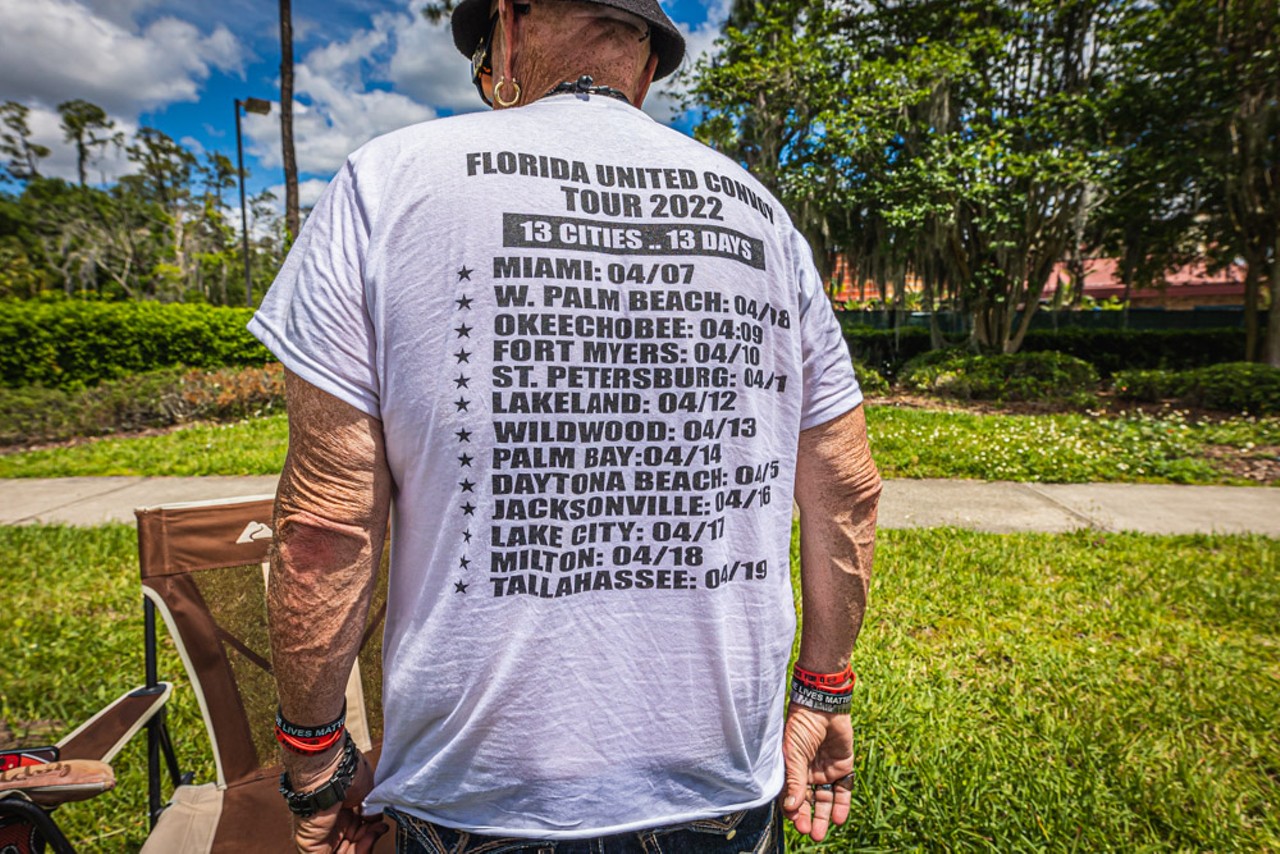 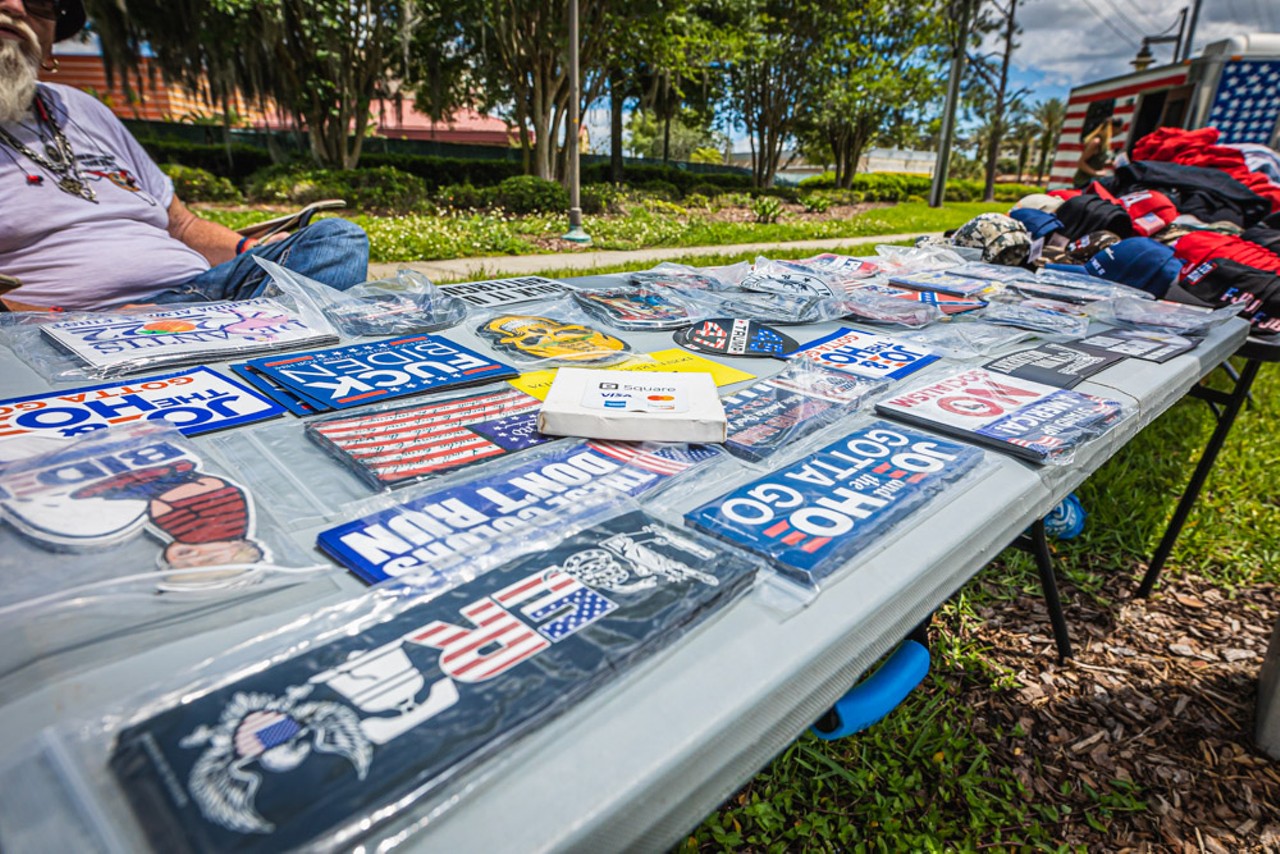 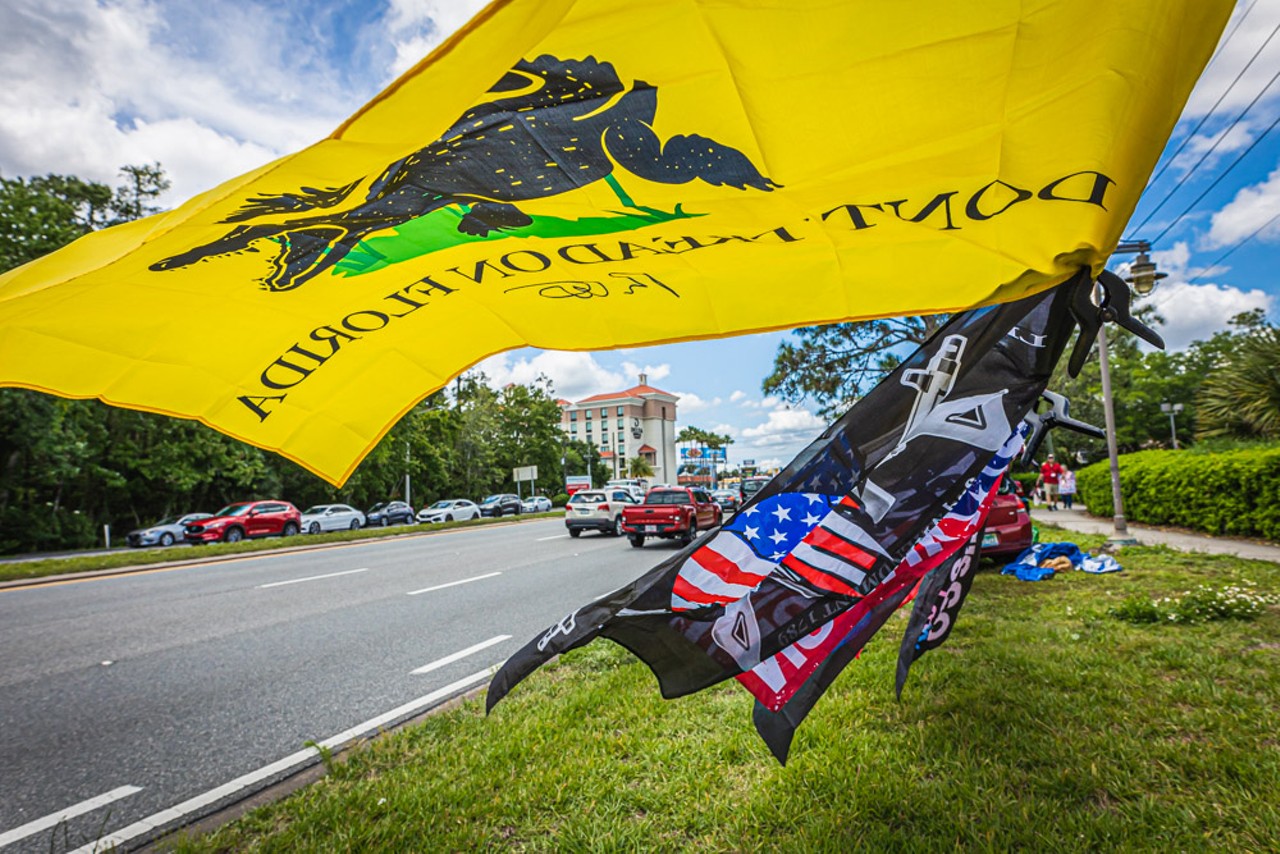 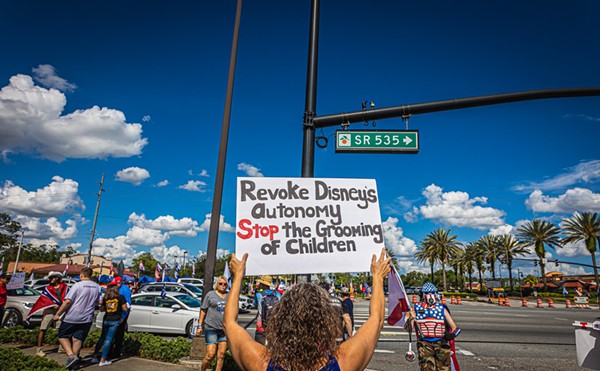